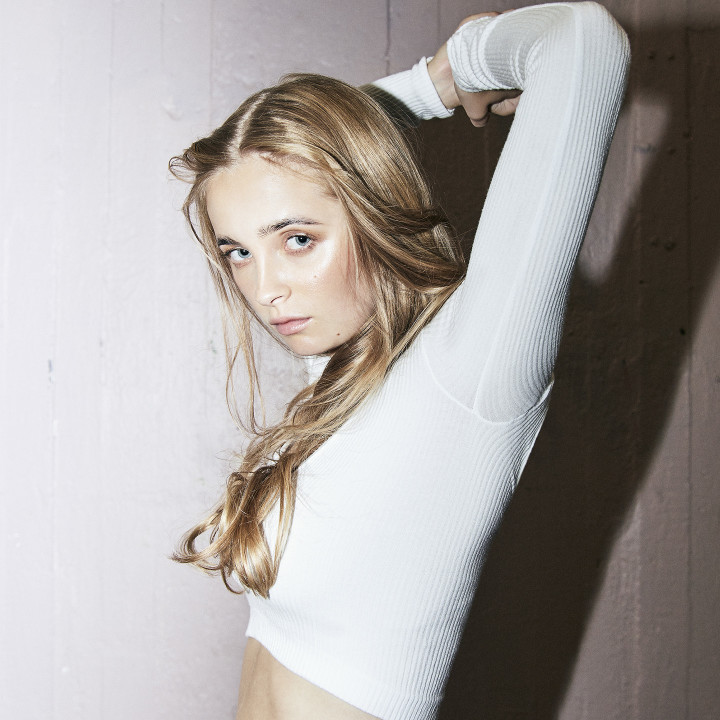 Sweden's reputation as pop's backbone is solid and the innovative YAEGER is its newest savior. Creating atmospheric, dynamic, energetic alt-pop with its influences from Stockholm's hip streets and skate collectives to crunching transatlantic R&B, YAEGER flips pop music as we know it on its head with an unflinching, youthful vivaciousness and oh-so-effortless scandi-cool.

Born and raised in Vaxholm, in the Stockholm archipelago, YAEGER is the moniker of Hanna Jäger: a name fittingly meaning "hunter." An artist with effortless charisma shining through every husk and beat, YAEGER is alumnus of the acclaimed Rytmus music school alongside pop powerhouses such as Robyn and Tove Lo. Driving two hours there and back every day, she used each second writing words that became her lyrics. Only very recently, she made the move to the city full-time to make her dream a reality.

The young artist created a buzz the second she dropped her first single, Now You Know, perking the ears of powerhouse producers and earning her spots on Sveriges Radio's prestigious station, P3. All of this quickly led to an outstanding performance at 2019's Great Escape Festival in Brighton to a full capacity room,

It's clear: YAEGER's talent is undeniable and is not to be missed.

Following up her debut with the EP, 'Gul,' YAEGER was adamant to take the project into her own hands, releasing it herself despite a flurry of label offers at her feet. Gul is fully-charged with high-energy singles that draw from her passion for high-adrenaline sports and experiences in bad relationships as well as coming-of-age human interactions.

From realising music was her calling and self-releasing her first single on Soundcloud, to releasing her music on revered UK label, Chess Club Records -- responsible for discovering great talents such as MØ, Wolf Alice, Tove Styrke, Jungle, and Mumford & Sons -- the world has been responding and listening to YAEGER's sound.

Tracks like Ocean, Dopamine High and I Need A: provide lyrical versatility and a vibrant musicality which is indicative of YAEGER's widespread appeal. Her sound is ever developing, with latest singles I Don't Even Know What I'm Saying and Watch Him Fall showcasing the ambitious direction in which she's taking her music. With a much anticipated forthcoming EP due out in October, there's lots of music and live shows in store for YAEGER in the near future.

These are live shows full of high energy that emanates from the stage when she drops the beat, asking you to jump and dance along with her. YAEGER shows keep pulses racing; keep the audience on their toes, pump up the volume and ensure each and every person is included and belongs. They are sublime, expertly set for people who live in the moment, ready to soak up the atmosphere.

YAEGER is a fearless artist; her music feeds off of the energy she feels around her from the good and bad to the ugly and beautiful. An artist with something to say and who isn't afraid to say it, YAEGER wants to reach out to the people who need it most; be it those who close their eyes to the sun as they take to the air with gusto, unaware of their fate or the lost youth who remember how it feels to be free, unrestrained by bad relationships and a lack of self love.

From a girl with a dream to an artist living it, there's no stopping YAEGER from here on in.