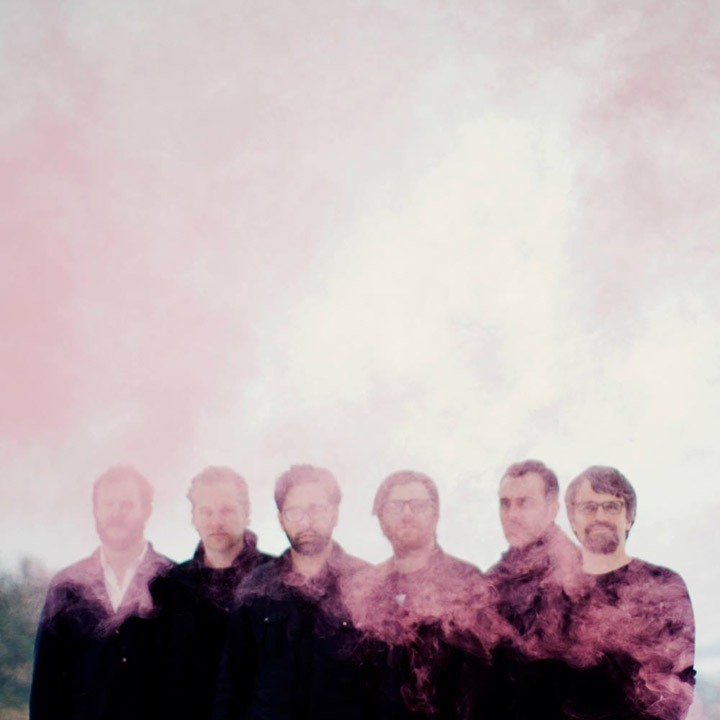 "Shed skin/ Like a master" It's been four years since the first Volcano Choir album Unmap provided a glimpse into the collaborative mind set between a singer and the band that inspired him. Ideas were minted, written at a distance and realized in the studio; edges sanded back and flaps tucked in, the craftsmanship of the endeavor bearing evidence of the craft itself, and the technology used to assemble it. Unmap strove to find strands of life between the ones and zeroes -- a carefully constructed narrative that lead the listener through its darkest passages like a tour guide leading their charges through a cave, with nothing but a slack length of rope and the senses of sound and touch. Just as importantly, it brought these people together, setting an expectation for themselves.

Unmap was a luscious experiment. It was written through the mail, pieced together over years of passing notes and audio from one end of Wisconsin to the other. It was written before Volcano Choir was a 'proper' band. A playground of sorts for friends to explore different musical ideas. There were no plans. No preconceptions. It all just happened, and suddenly there was an abundance of music, and a band was formed through the purest form.

Over a year after its well-received release in September 2009, a decision was made to adapt Unmap to live performance and to tour Japan. After which, it was clear that Volcano Choir existed as a fully formed entity, or as Justin Vernon succinctly puts it, "those six shows told us everything about what we could be." There would be another record, but as with Unmap, there was no timeline. There were writing sessions that continued for years, sometimes within a couple of months of one another, sometimes within half of a year between November 2010 and March 2013. The drafty ideas were being sealed up, slowly. The way Volcano Choir likes it. Suddenly there was Repave.

Repave brings Volcano Choir into sharp focus. The glitch-laden, cautious presentation of the band's previous work serves as points of both reference and departure across these eight songs, the product of growing conviction and trust, of a fully-operational band, gifted in shading and nuance, and rumbling with power. It's the sound of the creative process as it evolves and ultimately explodes, the seamless structuring of electronic and acoustic/amplified instruments, multi-threaded with the timbre and technology of the human voice as it enters and exits the equation. Moreover, Repave is the sound of confident musicians extending their reach to anthemic peaks and pulling back to reveal moments of the utmost vulnerability, sure enough of themselves to let those moments stand on their own.

The songs that make up Repave were started with Volcano Choir in mind and the first few songs formed were 'Alaskans,' 'Acetate' and album highlight 'Almanac.' Repave focuses on the love and bond between the members of Volcano Choir, how their friendships were fortified over the years-long process of writing and recording these songs. There is openness to this work that won't be taken for granted -- real, moving tales of change; sadness, loss and truth grace the wordplay of these tracks, an account of life between the fringes of poetry and reality. With each verse you can sense that somebody somewhere could be listening to this music and getting stronger, feeling better. A soupçon of heart and soul.

Repave cements the idea of Volcano Choir that started with Unmap. It takes that musical playground and houses it in the context of a specific sound. Of a unified band. Repaved and filling that "hole in your heart."