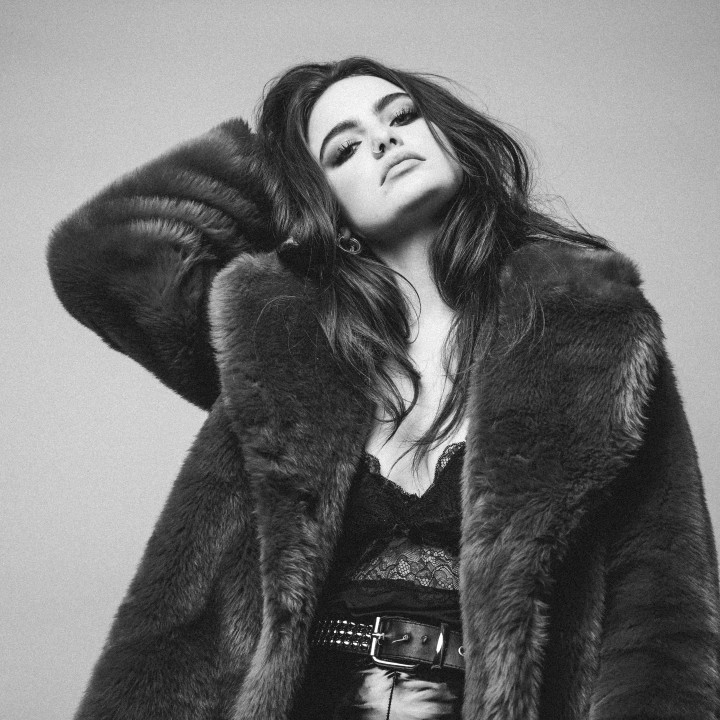 Some artists were born to disrupt. Introducing Viia, a startling new talent about to light a fire under the industry’s feet.

Born and raised in Darlington, County Durham, Viia knew she wanted to sing from a young age. She was still at school when she joined a local band, before realising she preferred writing and performing her own songs. During a performance, she caught the attention of a fellow musician, who was astonished that a 12-year-old would be singing “Zombie” by The Cranberries. He introduced her to his sister – Viia’s now-manager – and the precocious young artist began building towards this, a bold statement that immediately establishes her signature rock sound.

And what better song to launch with than “Falling”? The track opens like a crack of thunder, all growling guitars, menacing piano chords and drumbeats that herald the battle to come. Viia, now 17, performs in her dramatic alto with the confidence and maturity of a seasoned artist. She sings right from the gut; her electrifying howls recall the near-primitive style of Wolf Alice’s Ellie Rowsell, or Florence and the Machine. “When we wrote this, the pain was really fresh – you can probably tell it’s about rejection,” Viia says, laughing. “That text read out at the beginning was actually one a guy sent me.”

The rawness of “Falling” encapsulates the appeal of Viia’s music. She thrives when working on instinct, while her lyrics frequently show her reacting, with unfiltered emotion, to a personal event in her life.

Viia's songwriting prowess has been honed over the past year through collaborations with Mercury Prize-nominated Ed Harcourt, and Catherine Marks, the award-winning producer behind ambitious projects from the likes of Foals, The Amazons, Wolf Alice and The Killers. For the EP, Viia joined forces with Liam Howe, the English producer/songwriter who has contributed to chart-toppers by some of the world's most revered artists, including London Grammar, FKA twigs, and Lana Del Rey.

Viia is a force to be reckoned with on “Shower of Sparks”, written about those heady waves of lust you can’t help but be swept up in. “It’s that moment you first meet someone and it’s really intense, so you think, ‘We shouldn’t do this, because it’ll burn out,’” Viia explains. “But you do it anyway! We all want to be in control, but sometimes you can’t help letting go.” Yet it manages to come across as assertive, she agrees, in that the narrator is taking the lead on the situation. Even on the exquisite, piano-based “Exit Wound”, her words land with devastating precision: “It hurt so much when you shut me down/ And it cut so deep, tore my heart right out.”

All of Viia’s songs are inspired by events in her personal life. When she was younger, she devoured poetry that helped give her a perspective on experiences she had yet to go through. Indeed, there’s a confessional, poetic nature to much of her songwriting, heard most prominently in the dark and tortured “Kill Me How I Like It”. Propelled by moody, Arctic Monkeys-style percussion, Viia revels in the knowledge that everything is about to come crashing down around her, too caught up in the moment to care.

Inspired by contemporary feminist voices, Viia questions glaring social issues on the tender piano ballad “Filters”. “At the time, there were all these filters going around on Instagram and Snapchat,” she says. “People are encouraged to hide, not just what they look like, but who they really are. It’s impossible to know if a personality is real.” It’s a poignant and important message, delivered with strength and knowledge of self, but never preaching. She sings: “I’m not losing my voice, I’m not speechless/ And my honesty isn’t my weakness.”

Viia follows that message to the letter. “I want to sell out stadiums,” she admits. “I want to headline festivals.” It’s hard to doubt her ambition with music this good. With her debut EP, Viia has lit the match on a future that will burn fierce and bright.