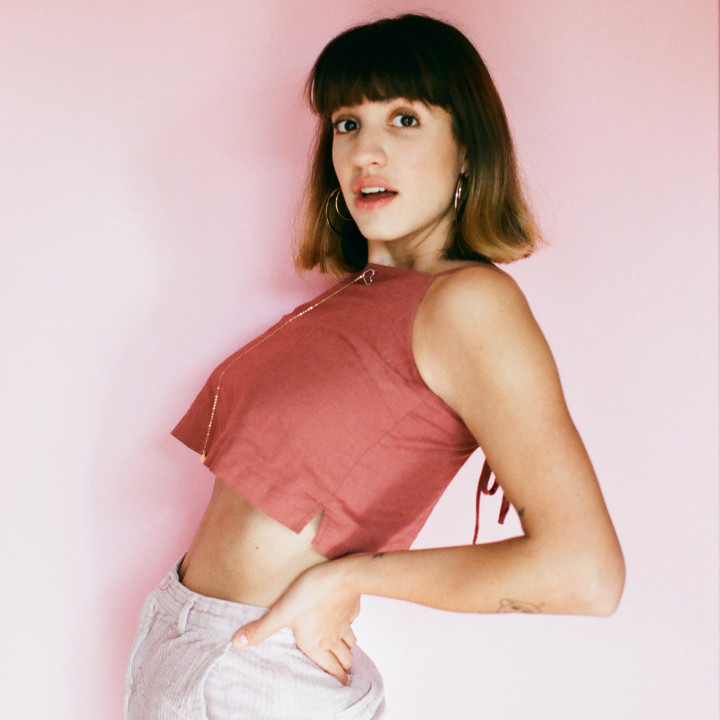 One voice retains the power to accomplish anything. Movements spring forth from words in both art and society. As a singer, songwriter, and activist, Victoria Canal's voice powers a growing discography of alternative pop anthems as well as myriad of social causes.

Since her emergence in 2015, the songstress has quietly impacted both culture and music, chronicled by CNN Español in a one-hour special entitled Proyecto ser Humano. She would also be tapped by Michael Franti for a marathon of touring, enlisted by Nike as a rep and model for the FlyEase Air Jordan 1 designed for adaptive athletes, and streamed more than 10 million times to date.

Most importantly though, she confidently shares this power with the world at large.

"When you listen to me, I want you to feel like you can be heard," she explains. "That goes for music and activism. In the activist work I do, I hope more people feel empowered. Diversity and representation really matter to me across the board with everything."

Born in Munich, Canal's international upbringing positioned her to speak on a global platform. Her American mother and Spanish father pledged to travel the world together and raise their children around the globe. A proud "third culture kid," she lived everywhere from Shanghai, Tokyo, Amsterdam, London, and Dubai to Atlanta, New York, and Forth Worth.

It was in Atlanta that she really recognized the power of music as "the ultimate bonding language" though. Her maternal grandmother worked as a piano teacher and musical director at the local church, and welcomed a young Victoria to accompany the choir in her home. By the time the family moved to Dubai at 13-years-old, she refined her skills on piano and started writing songs under the influence of John Mayer, Stevie Wonder, Bon Iver, Ben Howard, and Queen, to name a few. Following a year in Barcelona, she enrolled in a conservatory and online school. Her senior year consisted of a transformative five-month backpacking trip where she traveled and volunteered around Australia, Fiji, and New Zealand.

Settling back in the States near her grandparents, she developed a creative partnership with legendary vocal coach Jan Smith [Drake, Usher], who produced Canal's Into The Pull EP in 2016. The partnership later yielded "City Shoes," which amassed 8.5 million Spotify streams as of 2020.

In the aftermath of that release, Canal took a year-long detour as a freshman at New York University's prestigious Clive Davis Institute of Recorded Music. At the end of the second semester, Michael Franti serendipitously invited her on tour via Instagram message. Building a profile, she went on to grace hallowed stages such as Red Rocks Amphitheater, the Apollo, and The Kennedy Center in addition to supporting Lawrence, Emily King, and Mac Ayres, among others.

Impressively, she managed to do all of this having been born with one arm as a result of Amniotic Band Syndrome. The LGBTQ, Spanish-American, and differently-abled songstress draws on an impassioned positivity.

"My family never treated me like I was weird," she says. "My arm was always just called my 'Little arm.' That was it. They made me feel like I could do anything I wanted to and to believe in my dreams. On my dad's side, my grandma would always tell me this Spanish saying that translates to 'Optimism orients the hand of destiny.' My family just has this energy where everything is going to be fine. It's a blessing."

This energy courses through the music as well. Teaming up with collaborator Martin Luke Brown, herforthcoming 2020 EP emanates boundless confidence with her inspiring take on pop music, beginning with the lead single "Drama." Backed by an unshakable groove and sparse synths, the track offers up a message of reassurance amplified through Canal's dynamic vocals.

"It really came to be about letting go of people's opinions, including and especially my own inner critic," she remarks. "Drama is all about embracing my highest self -- no matter what anybody might be trying to make me feel. I can brush that shit off and live my best life."

At the same time, Canal manages to make a difference at every turn through consistently giving back as a humanitarian and sought-after speaker. Internally and externally, her motivational speeches encouraged diversity amongst corporations such as Toyota, Mastercard, TED, and more. She has appeared in campaigns for health-centric brands including Soylent and Rebbl. Plus, she successfully galvanized fundraising efforts for Garden of Dreams Foundations, Thankful.org, Operation Smile, and Autism Speaks.

"I played my first fundraiser in fifth grade, and it felt so good," she smiles. "I never stopped. To be included and treated equally is a total privilege. Giving back is super important to me."

In the end, Victoria's voice illuminates the fact that anything is possible.

"I'm growing a lot as an artist and as a person," she leaves off. "I want to share that you're not alone in what you go through and you can achieve anything. I hope to be an example of that."