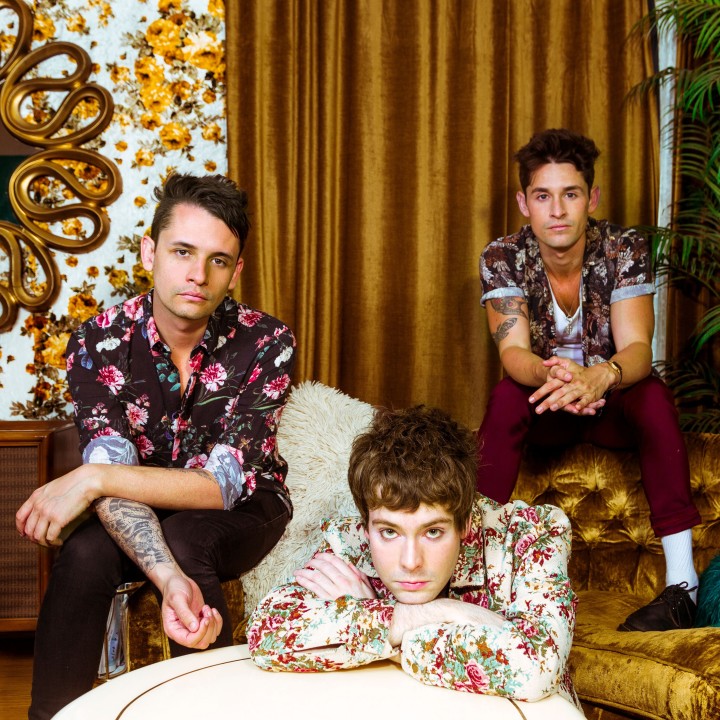 Los Angeles trio Twin XL is the creative brainchild of songwriters and producers, Cameron Walker-Wright (vocals) and brothers Stephen Gomez (bass) and John Gomez (guitar). Walker-Wright is part of the synth-pop band Nekokat and the Gomez brothers rose to international fame in The Summer Set. Collectively, the three have written and produced for artists such as All Time Low, Lindsey Stirling and Life of Dillon, as well as having their music featured in commercials and trailers such as Disney's "Christopher Robin" and ABC's "Lucifer."

Though Walker-Wright and the Gomez brothers have been working as full-time writer/producers, a part of similar social circles and often ran into each other at random gigs across the country for years, it wasn't until early 2017 after another serendipitous meeting at a LA house party, that they decided to try a day in the studio together.

The synergy between the three was clear and Twin XL was born -- a perfect storm of the glistening retro synths, catchy bass-lines, memorable melodies and Walker's smooth vocal. The EP, entirely written and produced by the band, is a balanced dichotomy of bright and summery and dark and mysterious, fusing together an infectious anti-pop sound.

From top-class performing musicians each in their own right, writers, producers, friends, and now band mates, TwinXL are paving their way to the top turning a night out at a party into a nostalgic and distinctive musical sequel full of indelible anti-pop glory.