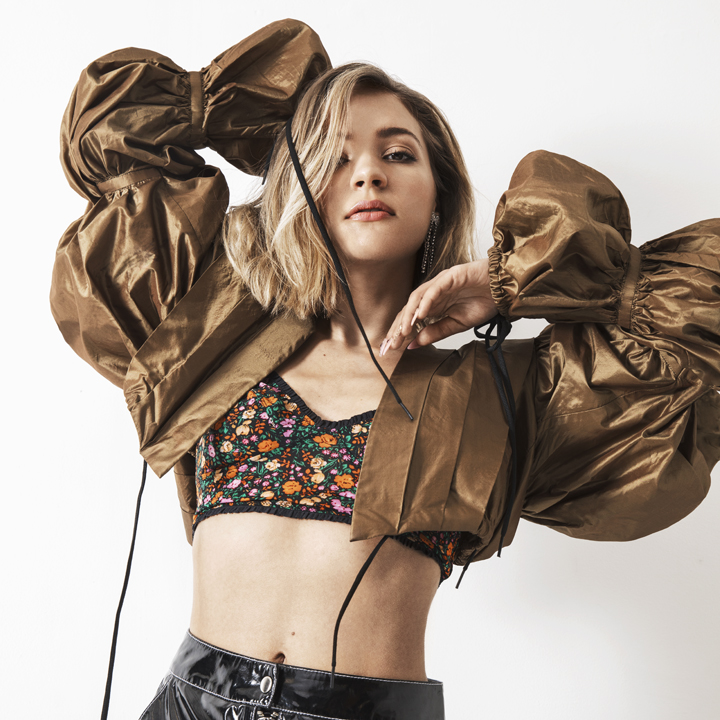 The Swedish pop star Tove Styrke is back and it's all about getting close (with no clothes) on her forthcoming amazing new single "Say My Name."

Almost two years have passed since her album Kiddo was released in June 2015 -- highly acclaimed by critics and celebrated by fans. This time around, Tove Styrke turns her gaze inwards: it's soft with a whispering, gentle, yet strong voice. "Say My Name" is about wanting to be with a person and nothing else matters.

"There's a reason why so much music is about sex and love," says Tove Styrke. "It is linked to one's worst and best experiences. I have not written about love before because I didn't want to write another love song. But I have changed. I am tired of being angry, right now I just need to make music that makes me feel good.

"The stronger I sing, the less I can affect the song. The more quiet I sing, the greater the differences will be in the tone and texture. A lot of people are afraid to talk loudly, but there is a strength to talking quietly -- thus people really have to listen to you. There's no need to try to be a man in a man's world."

Tove Styrke is a platinum-selling and award-winning artist in her native Sweden. She was quickly picked up by both RCA US / UK on her last album and did a full North American headline tour (with LANY as support band), seven shows at SXSW, with great media coverage in both countries including a performance on US TV show "Late Night with Seth Meyers." In fall 2015 she was chosen as support act for Years & Years' UK tour.