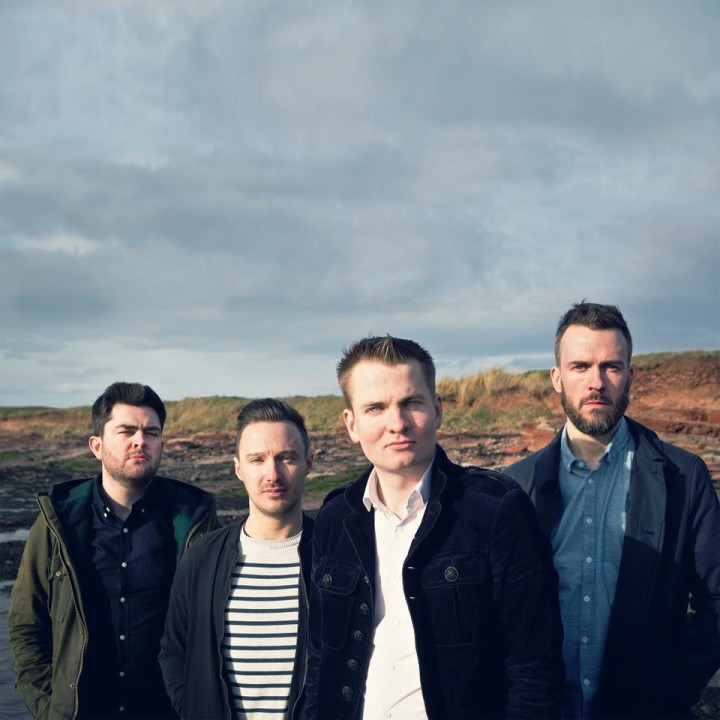 Tide Lines’ sound has been described as a combination of Celtic soul, folk philosophy and big guitars with the voice of a Gaelic angel in singer and chief songwriter Robert Robertson. The band – Robert Robertson on guitar and vocals, Ross Wilson on keyboards, Alasdair Turner on guitar, and Gus Munro on drums – who all hail from rural Scotland apart from Glaswegian Gus, first emerged in the summer of 2016 with the release of their debut single, ‘Far Side Of The World’.  The following year they self-released their debut album Dreams We Never Lost, which has become something of a runaway success north of Hadrian’s Wall and has led to the band selling out shows across the Highlands and Islands, from Glasgow to John O’Groats and all points inbetween. The enthusiasm the band encountered when they took their show further south for a number of shows last year confirmed that the word of mouth on Tide Lines is unstoppable. Catch them now while you can still see the whites of their eyes.

Says Robert Robertson: “Ever since I moved to the city, I have seen the Highlands as an escape from the fast pace of the real world and almost a temporary escape from the passage of time. Most of the music that influences me holds this sense of escape and freedom - from Springsteen to the old Gaelic songs I grew up around.