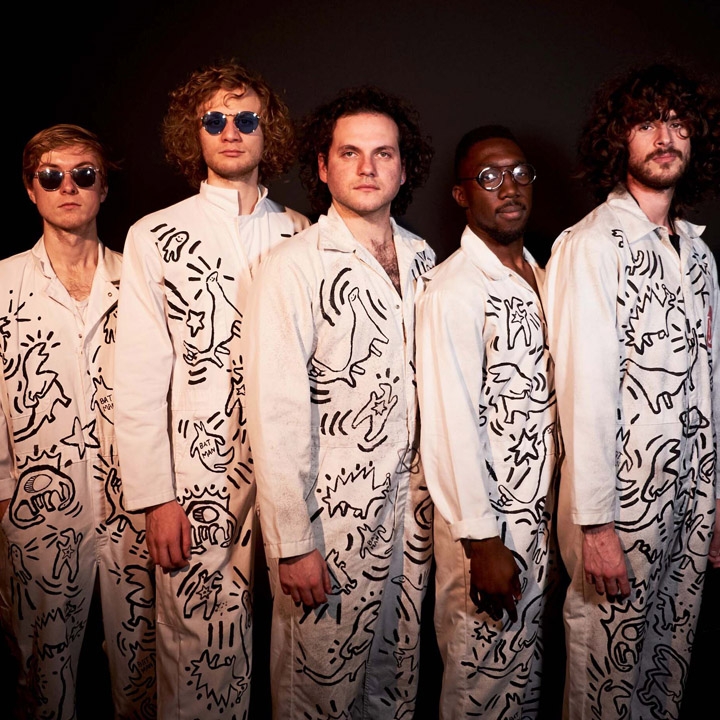 Los Angeles-based Thumpasaurus are a gang of five superbly-skilled young American musicians taking hugely divergent influences and channelling them into something uniquely Thumpasaurian.

These music and film students from the University of Southern California have honed their unique take on a multifarious swathe of musical inspirations through numerous live appearances on L.A's insane house party circuit.

So far, 2018 has seen the band release an EP with legendary house producer Justin Jay. Consisting primarily of remixed Thump songs, the EP is out on Jay's Fantastic Voyage label and has already been played in by massive DJ's in the house and techno scene across the country, including in a EatsEverything's headlinging set at Ultra Festival in Miami. Thumpasaurus also debuted a live dance music opera at their first ever headlining show in Los Angeles, and released their debut album in a sold out headlining show at the Troubadour. Directly following this release, Thump caught a plane to Edinburgh where they played up to three shows a day at the Edinburgh Fringe Festival, using their few days off to steal away and play some quick but effective shows in London.

Think. Dance. Smile. Feel. Thumpasuarus are about to come into your life and make you do all of the above.