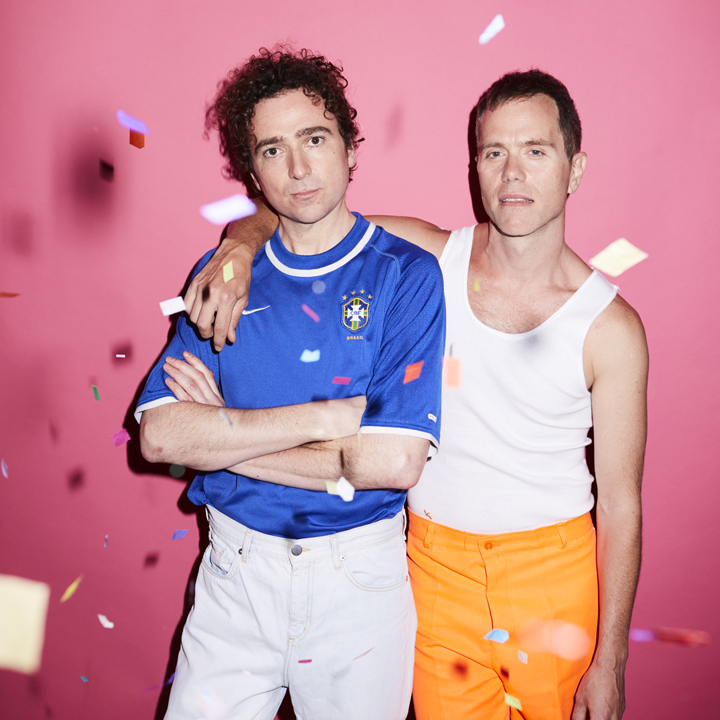 The Presets took shape in 2003 when Julian Hamilton and Kim Moyes first met at the Sydney Conservatorium of Music. They were quickly recognised for their ability to fuse elements of dance music with an energy more akin to rock’n’roll. After signing with Modular Recordings, the band released two EPs and an album Beams (2005).

In 2008 The Presets released the chart topping Apocalypso, selling in excess of Triple Platinum sales in Australia and featuring four hit singles, including the classic ‘My People’. Setting new standards for dance music in Australia, The Presets went on to win 5 ARIA awards (and 2 ARIA Artisan Awards) including Album of the Year, as well as the J Award and FBI SMAC Award for Album of The Year. Kim and Julian also shared the coveted Songwriter of The Year Award at the 2009 APRA Awards.

As well as making new music together, the pair also collaborated individually with other artists over recent years. Julian co-wrote Flume’s hit “Say It” and contributed to tracks with Flight Facilities, Steve Angelo and Meek Mill. Kim produced the new album for the DMA’s and has created remixes for artists including The Drones and The Jezabels while also starting an underground techno label called Here To Hell.

The Presets have been recognised worldwide for their dynamic live performances, playing hundreds of shows domestically and internationally, including key slots at renowned international music festivals such as Glastonbury, Coachella, SXSW, Exit, Melt and Splendour In The Grass.

The Presets returned in 2018 with their long awaited fourth album, HI VIZ, which debuted at #1 on the iTunes album chart within hours of its release and was nominated for two ARIA Awards as well as the prestigious Australian Music Prize. The record spawned triple j Hottest 100 favourites “Do What You Want” and “Martini”, with the latter nominated for Best Song at the FBi SMAC Awards in 2019.

The band are currently in the studio working on new music.