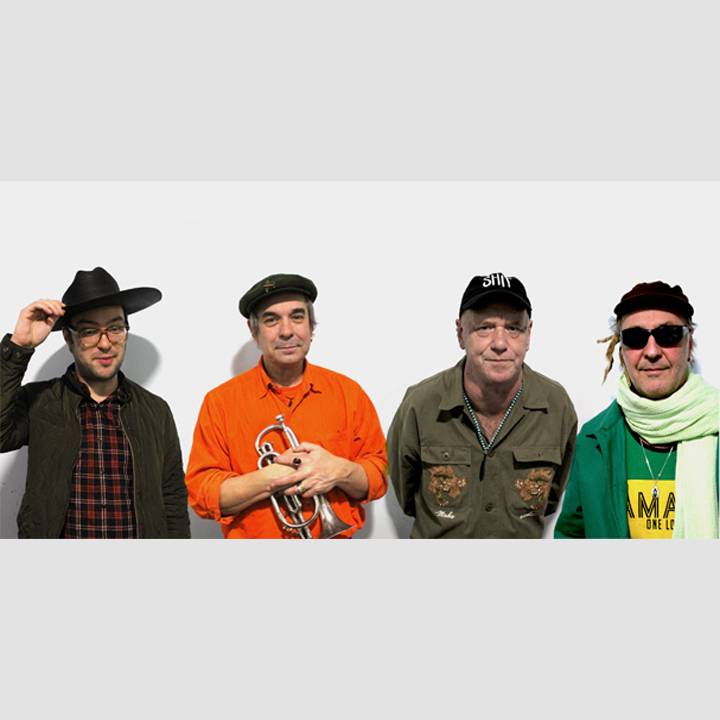 On June 22, Alex Paterson's longstanding electronic titans The Orb present new album 'No Sounds Are Out Of Bounds,' which as the title suggests finds them embracing an anything-goes new approach to creative freedom.

Refreshing and reinventing the predominantly two-man set up with Thomas Fehlmann on the prior two albums ('Moonbuilding 2703 AD' and 'COW / Chill Out World!'), 'No Sounds...' is intentionally an ensemble piece, featuring a large cast of big names, cult heroes, rising talent and fresh newcomers.

"I wanted to try something with more musicians and more voices. More contributors essentially -- similar to the conditions our first album 'Adventures Beyond The Ultraworld' were recorded in," explains Alex.

"Thomas and I made two streamlined, techno-style albums for Kompakt which I love, but this time I wanted a change to expand the palate, and to bring in other elements that will keep people guessing and keep them confused.

This is a more English and less German sounding LP and it's on an English label, although obviously the music comes from all over the globe and beyond, as do the musicians."

Despite featuring a cheeky nod to their remix of Primal Scream's 'Higher Than The Sun,' vocal led opener 'The End Of The Road' makes it clear this is virgin territory. But despite new paths being forged, Paterson's omnipresent humour remains on 'I Wish I Had A Pretty Dog''s animalistic rhythm -- joined by tablas, strings, half speed beats and bass, which collide like planets in the cosmos.

The first of several tracks to feature Roney FM's plummy, faux vintage BBC voice, 'Pillow Fight At Shag Mountain' is airy and bright like stratus on a clear day, bubbling in pleasing fashion through various styles and samples tethered by Wobble's bass and Eno's piano, somehow coalescing, making illogical logic in a way only The Orb can.

'Isle Of Horns' pares things down to a loping, dusty and organically-minimal piece that's closer to the last two albums, yet works well as a subtler break from other more maximal moments herein.

Driven by Youth's double bass, 'Wolfbane' is a lysergic romp through hip hop across the ages, from Run DMC to Dre to Dilla. It also withholds the anti-war stance expressed on 'COW,' putting vintage nuclear threat back on the menu, thanks to Trump, Jong-un and Putin.

Paying homage to another or Alex's faves is the boom bap of 'Doughnuts Forever,' which swings from chilling, pensive atmosphere into reassuringly lush, 50s Hollywood strings and back again.

Featuring the singing and poetry of Rianna, the "small dittie" 'Drift' offers another pleasant moment of calm reflection, before "Wobble's phenomenal bassline and Roger's supreme piano" on 'Easy On The Onions' elevates the listener blissfully skywards above Bermondsey and "West Snorewood."

'Ununited States' takes a darker but breathtaking turn, with Eno's playing taking centre stage on what Alex claims is "how the new 'Blade Runner' score should've sounded" -- and it's hard to disagree.

Ending the album on majestic form (and also mirroring 'Ultraworld''s lengthy closer 'A Huge Evergrowing Pulsating Brain...') is the 15 minute classic opus 'Soul Planet,' which finds the vocal axis between divas of house music and Pink Floyd's 'Great Gig In The Sky.' Disembodied voices float in a black hole, before an undulating throb cuts through the darkness, with layers of detail gradually building to a gentle euphoria, before drifting back into the darkness of space, with a lonely piano refrain.

Really The Orb should need no introduction by now, but in essence they're a rotating cast of members helmed by Paterson that began in 1988 and still thrives to this day. They were there since UK acid house day one, providing a unique ambient take on the musical milieu and soon rising to chart-topping, huge-venue-headlining prominence. They've released 17 albums plus EPs, singles, compilations and live recordings, influencing countless other musicians along the way.

The Orb present 'ORBFEST' at the Roundhouse, London on Saturday 23rd June.