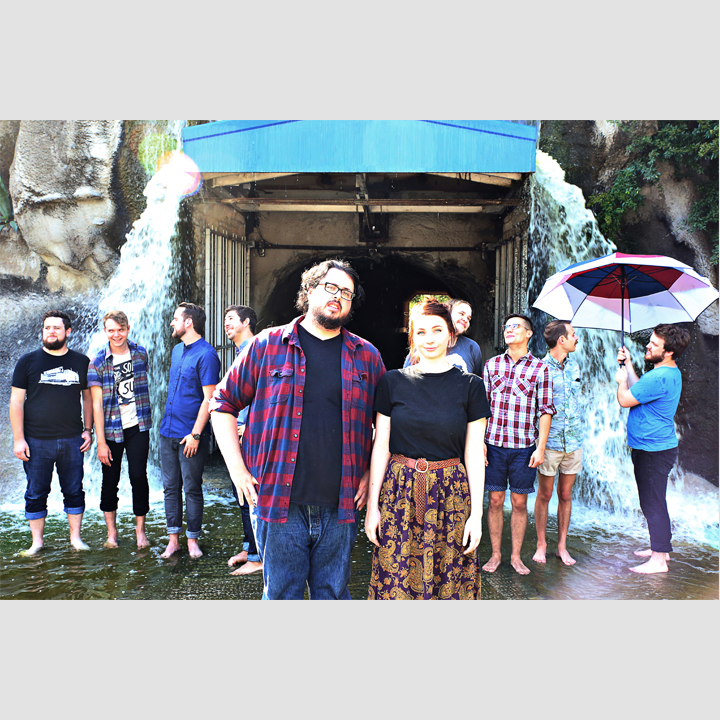 The Oh Hellos began in a cluttered bedroom, where siblings Maggie and Tyler Heath (born and raised in southern Texas) recorded their self-titled EP in 2011. In the fall of 2012, the duo released their debut full-length record Through the Deep, Dark Valley, an album full of regret and redemption, which they wrote, recorded, produced, mixed, and mastered themselves.

When the time came in early 2013 to bring the music to the stage, the Heaths reached out to friends both new and old and gathered together an ensemble of touring musicians the size of a circus, tumblers and all.

Their 2015 full-length album, Dear Wormwood—a collection of songs inspired in part by C.S. Lewis' The Screwtape Letters, Patrick Rothfuss' The Name of the Wind, mythology, folklore, and apocalyptic literature—tells the story of a protagonist trapped in an abusive relationship through a series of letters written to the antagonist. It is at times delicate, intimate, affectionate; and at others, soaring and towering and joyfully explosive.

In the Fall of 2017 The Oh Hellos embarked on a new approach to releasing their music. In an effort to maintain a conversation with their fans, and inspired by their own fandom of serial media such as podcast and traditional television, the band began a project to record and release 4 EPs in succession. Beginning with Notos in December 2017, and quickly followed by Eurus in February 2018, each EP sets out to question personal assumptions about where one’s ideas come from, and the influences that play on our ideas of what we find to be “true”. Look for the next two EPs winter 2019.

The Oh Hellos influences range from Fleet Foxes and Sufjan Stevens to The Middle East and the Muppets, bending and blending styles and genres into a unique mixture of eclectic folk rock.