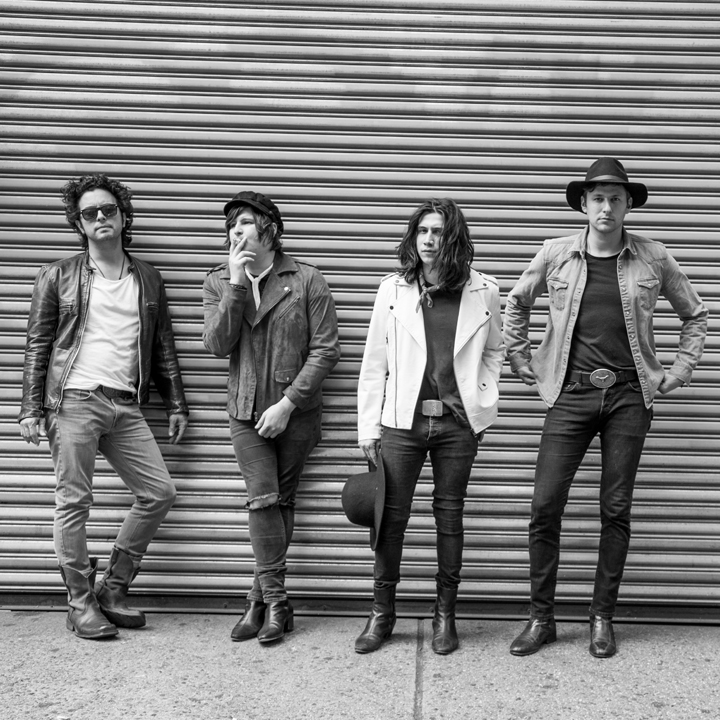 The Last Bandoleros are a four-piece outfit blending Tex-Mex, country and rock n' roll. Their story begins in San Antonio, Texas with guitarist/producer Jerry Fuentes who, during a musical pilgrimage to Manhattan, chanced to meet New York native, singer-songwriter/producer Derek James. Fuentes and James began collaborating in Brooklyn. But, Fuentes kept being drawn back to his native Texas to record in the same San Antonio studio where a couple of talented brothers were also emerging. Diego and Emilio Navaira, sons of Tejano music legend, Emilio Navaira, Sr., had been making a name for themselves around town for their energetic live performances and sterling vocal chops. Fuentes decided to combine both of his universes by introducing Derek to Diego and Emilio and inviting them to joint-sessions in Brooklyn and San Antonio where riffs and lyrics began flying fast. Newly christened The Last Bandoleros, the quartet began playing live, opening for The Mavericks, Jon Pardi, Josh Abbott Band, Los Lonely Boys and Marc Broussard. Recognizing their high level of musicianship, Sting called upon them to sing backing vocals on his "I Can't Stop Thinking About You" single which soared the heights of radio charts around the world. Praise also began pouring in from the music press. Rolling Stone wrote: "[The Last Bandoleros'] music caroms wildly from rock and country to conjunto and pop, adding up to a sound that's hard to get out of your head." People Magazine dubbed the band "ones to watch" and Entertainment Weekly included them in their "Breaking Big" list. HITS Magazine described The Last Bandoleros as "Tex-Mex meets harmony- rich Beatlesque pop, with a healthy dollop of boy-pop charisma." The Last Bandoleros combine their unique cultural experiences with rare musical camaraderie and, as audiences will continue to discover, their exuberance and joy are contagious.

ROLLING STONE: Why Last Bandoleros Could Be This Year's Most Important New Country Band

STUBHUB CENTER: Singing the National Anthem at the Charges vs. Eagles game