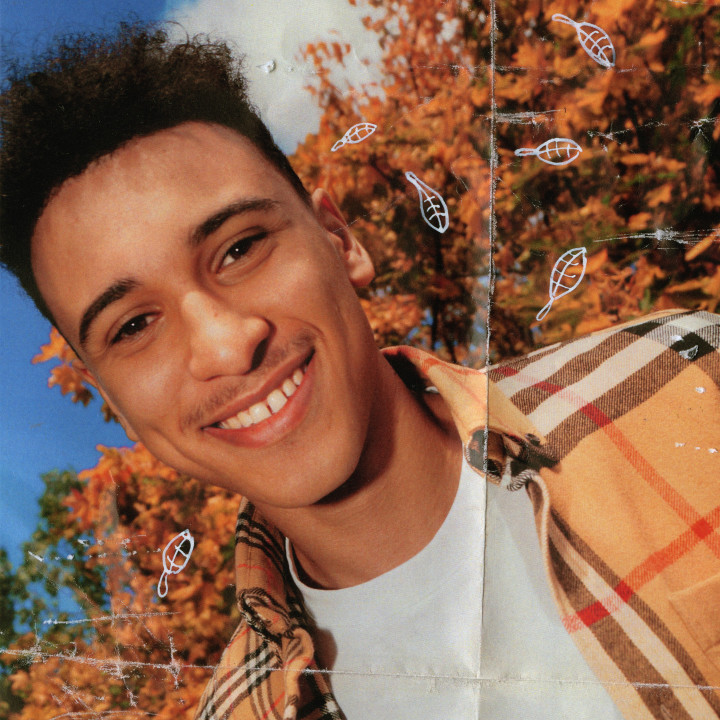 A year ago Tayo Oyekan was busking 10 hours a day in and around his hometown of Reading, England. Now, the 18-year-old Nigerian-Scottish songwriter who performs under the moniker Tayo Sound gears up for the release of his debut EP with co-signs from indie tastemakers and industry heavyweights alike.

A true music obsessive,Tayo's eclectic taste, DIY approach and lyrical sensibilities drip with cool, easy style. "I love music discovery; finding genuinely good underground music," says Tayo. "I'm just a normal, introverted guy chilling in an unimportant town in England trying to figure out how to be an artist and how to have a sound that I love and that other people will obsess over."

Growing up in a church setting where long sets and instrumental interludes were his introduction to music, his older brother's ringtone was the first time he heard a 3-minute long pop song. Fascinated, Tayo dedicated himself to learning the art of songwriting and became an enthusiast for music discovery in the process. Passionate about exploring various music cultures and scenes around the world, his influences and taste run the gamut. With most of his friends in England listening to grime music (British electronic music), drill music (aka Chicago mumble rap) and Indian pop, Tayo pulls inspiration from his cohorts, as well as his personal love for alternative acts like Easy Life and Still Woozy. Interlacing bits and pieces of his Nigerian and Scottish heritage, Tayo uses African drum beats and enlists old Scottish folk storytelling in his creative process. His taste is matched by a global mindset and an approachable demeanor. "Everybody is pretty much the same and goes through a lot of the same thoughts and issues," says Tayo. "It's important to talk about things. People usually don't."

After leaving school at age 16 to pursue music, Tayo busked full-time until he saved enough money to buy the production software he needed to record and produce the songs he'd been writing since he was 13. Using a dodgy laptop and the microphone on his android phone to record his demos, Tayo released two tracks online and sent them to every music blog he could find. When Hillydilly shared his song "Yes or No" he quickly caught attention from the US and UK alike and subsequently signed to Black Butter/Arista Records both known tastemakers on the pulse of breaking young talent.

Now after writing and recording his debut project in London, Los Angeles, and Sweden over the past year, Tayo Sound delivers a wavy, laid-back alt pop sound that feels effortless amidst its dynamic production nuances and thoughtful lyrical construction. Leveling with a generation craving authenticity and connection, Tayo shows a willingness to be vulnerable right out the gate with his single "Cold Feet." Written about his first relationship coming to an end, 'Cold Feet" is somber yet catchy, and perfectly understated. "Everybody's first relationship has a similar theme running through it," says Tayo. "It's about how things can be so right and also so earth shattering and terrible for you at the same time."

Tayo Sound is a mirror of his music. Young and carefree yet also aware of the world, he's exactly what his generation wants -- an honest connection of getting lost in the music, together.