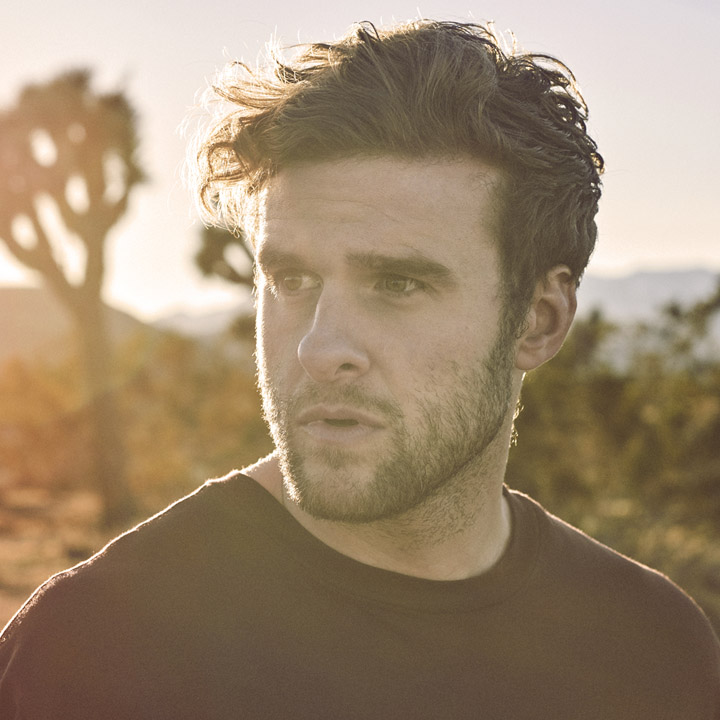 “A lot of this new record was written in transit,” says Eoin French, the Irish artist better known as Talos. “Being away from the safety of my home and my studio allowed me to really take the shackles off and create in a different way. It was a terrifying feeling sometimes, but it was also really rewarding.”

While Talos will always be deeply connected to his native Ireland, his stunning second album, Far Out Dust, draws on a far wider perspective, melding tracks written and recorded in New York, Los Angeles, London, Dublin, Cork, and Reykjavik.

The result is both French’s most confident songwriting and his most sophisticated studio work yet, an album that oscillates between hushed introspection and explosive ecstasy as it grapples with the pain of doubt and regret.

“The only way to make this album was to open the doors up,” explains French. “I knew I wanted to bring in people who had very different expertise than I had, people and producers who could really push me.”

Part of that bold new outlook stemmed from the remarkable success of Wild Alee, which was met with such a rapturous critical and commercial response that French was able to leave his second life as an architect and university lecturer behind and devote himself to touring and recording full time.

Hailed by the Irish Times as “a spectacularly assured debut,” the album was met with raves on both sides of the pond upon its release in 2017, with The Independent calling it “stunning” and the New York Times’ T Magazine praising the songs’ “taut, chilling complexity.” In addition, the record garnered love from BBC Radio 1, racked up more than 25 million streams on Spotify, made the shortlist for the prestigious RTÉ Choice Music Prize for Irish Album of the Year, and earned Talos (which performs live as a four-piece) a sold-out run in Ireland; debut UK, EU and US tours; a China headline run; opening slots for the likes of Aurora, Editors and Peter, Bjorn and John, and festival appearances across Europe.