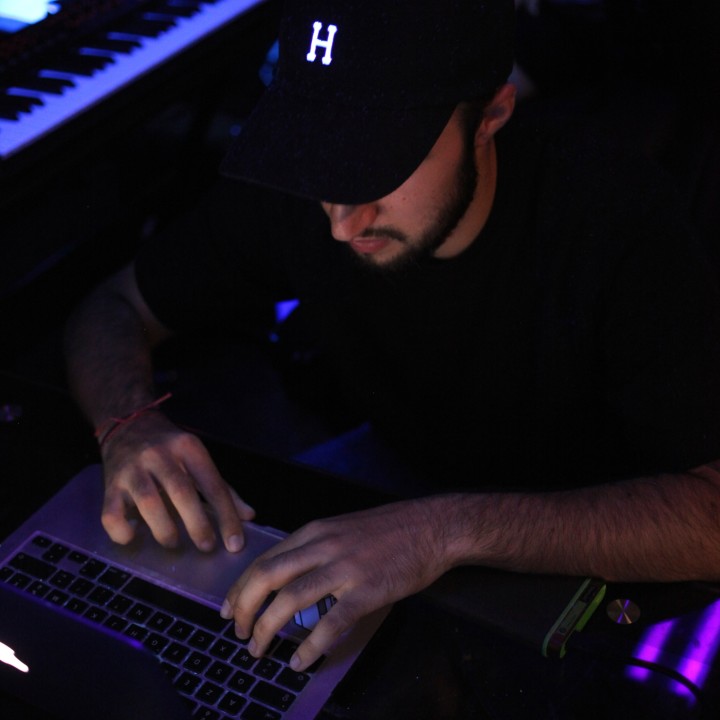 STWO is a 24-year-old producer from Paris, France. Only starting to release tracks in 2013, he first grabbed the attention of fans with his debut single "Lovin U," which has amassed over 10 million streams online. Signed to label Huh What & Where alongside the likes of Kaytranada, his musical style of smooth piano keys, soulfully pitched vocals, and 808-inspired drums places him perfectly as a one of the most inventive and unique R&B & Hip Hop producers of today. After the success of "Lovin U" Stwo went on to release massive remixes of Trey Songz, Drake, The Weeknd and many more. These SoundCloud smashes propelled Stwo on sold out club tours across Europe, Canada, USA, Australia, and Asia as a DJ. In late 2014, Stwo was so inspired by the production work on Drake's "Nothing Was The Same" that he created his own mixtape titled "Ninety Two" with beats that he believed would be great for Drake. Not even 1 week after releasing the mixtape, he was contacted by the critically acclaimed and diamond selling producer, Noah "40" Shebib to work on new music. They bonded quickly over their similar production style and love for R&B, and 40 signed Stwo to a publishing deal. He was invited to move to Toronto and help 40 create beats for Drake's "Views." Stwo went on to fly in and out of Toronto between touring and 40's studio for that whole following year. He was eventually credited as co-producer on "Weston Road Flows," track 6 from "Views." During his time in and out of the city working with 40, Stwo created his own debut commercial project, "D.T.S.N.T.." The project features an up and coming freshman class of R&B singers and rappers that Stwo showcases perfectly through his dark, yet beautiful production. Standout's from the project include the online hit "Haunted ft. Sevdaliza" which has amassed over 5 million streams to date, and "Fill The Void ft. Amir Obe & Daniel Caesar." Released as an Apple Exclusive through HW&W Recordings on July 29th, 2016 the project was met with top level reviews and support. As Stwo's success from the past few years shows, his work ethic is one that few can match. In 2016 he is back touring the globe, creating new sounds in lab for high profile artists, and putting together his debut full length record which will come sometime in 2017. He is constantly pushing the boundaries with his music, and his fan base is excited to see much more success for this exceptional young producer. Keep your eyes peeled.