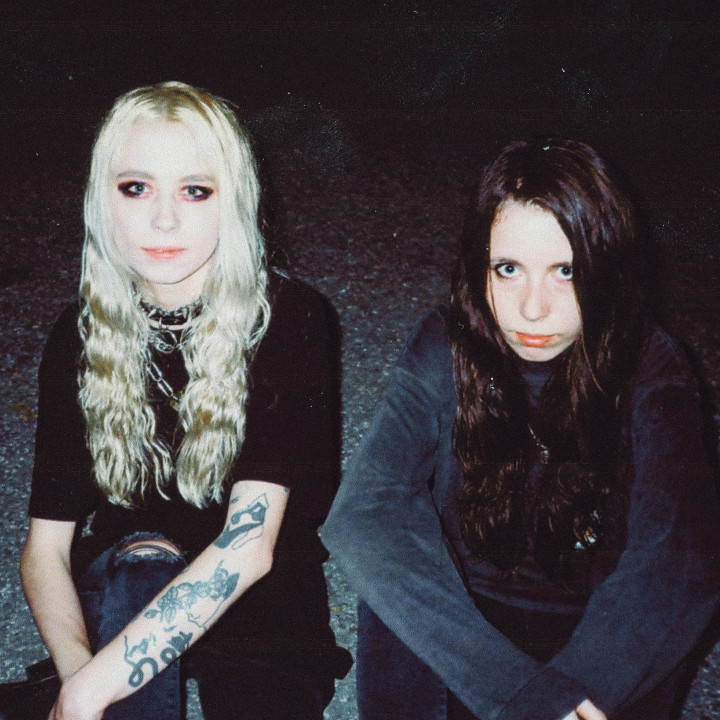 Twin sisters Phoenix (She/They) and Mercedes Arn-Horn (She/Her) have been making music together since they were barely teenagers. Cutting their teeth in the local scene of Kitchener, Ontario helped them find their feet but because it was dominated by blokes, they were often left feeling like the odd ones out. Later, when they started touring further afield, the pair were exposed to how "misogynistic the music industry really was." Tired of biting their tongues, putting up with relentless sexism as well as realising they weren't the only ones having to deal with it, Softcult sees the pair biting back. As their debut single promises, "something's got to change."

The duo had been toying with the idea of Softcult for a long while but the pandemic finally gave them the time to focus on bringing that vision to life. Recording at home and produced by Phoenix, the band are able to capture what they hear in their heads without a middle-man diluting things while Mercedes has taken charge of their music videos.

What Softcult really wants to do is "foster a community of like-minded individuals and make real change from the roots of the scene up." They've got bigger dreams than wanting to play certain venues or getting songs on the radio. "This band is more about having a message, mobilizing people and being the change that we want to see," says Mercedes while Phoenix hopes the pair "can do our part and know that we actually tried."

Softcult is all about empowerment. After going through some rough times in her early twenties, Mercedes wants to do all she can to make sure no one else has to put up with the same shit. "No more being submissive," she promises. "I refuse to stand by while abuse and sexism is so prevalent. It's important that we educate not just the people that could become victims or survivors of the system of abuse, but that we also encourage people to hold their friends accountable and empower people to call others out. I really just want to make a difference. Hopefully our music inspires people to just not be assholes anymore."