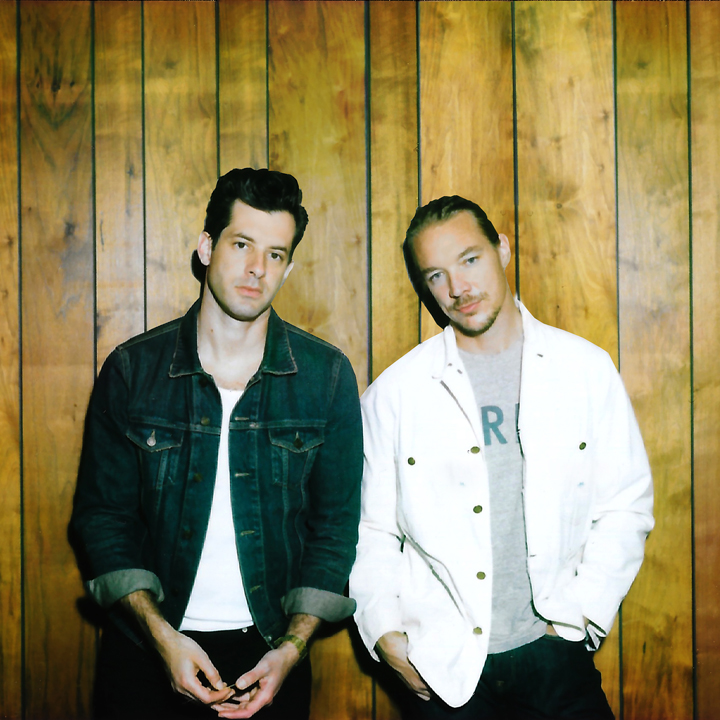 In 2018, Mark Ronson and Diplo need no introduction. But 20 years ago, they were introducing themselves to each other in a Philadelphia diner – Silk City. Diplo threw parties there. Mark Ronson was DJing next door. Back then Mark was the New York kid. On that fateful night he went to meet a friend for a pre-gig dinner at Silk City. The friend also knew Diplo. Their connection was instant. In Mark, Diplo met his match; a hip-hop fan with as comprehensive a knowledge base as he had.

“I remember the first discussion we had about what the sample on Jay Z's 'PSA' was,” says Mark to Diplo. “He knew the pressing! Same thing for me.” Diplo, the guest in Mark's studio in Hollywood this afternoon, holds him in as high regard. “Mark has an incredible history as a songwriter and a producer. I learned about the history of music through hip-hop. And Mark was a hip-hop encyclopaedia.”

In the decades that followed the two would meet along the road. When Mark relocated to LA two years ago, their friendship circles grew tighter. “I was trying to depart away from what I was doing,” says Diplo. “And I was trying to get that Vegas money!” jokes Mark. It's a yin-yang pairing.Today, Mark is at home in his studio, cruising in his chair, playing ideas he's working on for hours at full volume. Diplo's appearance brings a positively disruptive energy into the space. He pushed Mark out his comfort zone when they decided to clear out two weeks last summer and create a “shitload” of material together.

Mark loves live instruments and playing, but found the opposite in Diplo who pushes to the future. Diplo, an eternal vagabond, doesn't have his own studio and found a fun sanctuary here without the pressure of delivering to a superstar's deadline. They found themselves rich with ideas. “It ran the gamut,” says Diplo. “We had everything from hip-hop records to Afrobeat… We found the language after the first couple days.” Most of the songs were born then and it's been a matter of finishing them back and forth ever since. It's taken a moment. They're both, after all, two of the busiest men in music.

The language they found kept coming back to house music. “Honestly we didn't know from the beginning that we were gonna do straight-up house,” says Diplo. “On our first day in the studio together we loved the idea of mixing gospel and dance but it could've been anything.” First single “Only Can Get Better” featuring vocalist Daniel Merriweather is a classic four-on-the-floor beat with a simple refrain that loops round, recalling French Touch, the likes of Cassius and Modjo. It was the perfect introduction to the project.

Great dance music is built on feeling, soul and inspirational messaging. House music wasn't a component in either producers' initial love affair with music, but they both came to it in time. In New York, Mark would spin house records when the moment was right: ‘Break For Love' by Raze, 'Music Sounds Better With You' by Stardust. “I liked the way it felt. It had to be the right night but for people who came out to dance it worked.” DJs like Roger Sanchez and Armand Van Helden would come to his nights. “He made the hardest basslines,” he says of Armand, a major influence on Silk City. The way people dance to house is different, too. It's freer. When they played their first big set at Governor's Ball earlier this year, that was the thing they noticed in the crowd: a type of movement from a bygone era.

“In clubs now it feels like people are staring at the DJ, waiting for the drop. That started to happen even in New York in the early 2000s. I saw people stop dancing. They were just there to be seen,” says Mark. “When I started DJing you'd have to crane to see the dancefloor, and the crowd weren't looking at you. When it became a thing where people started staring at you – the DJ – I always wanted to just say, 'Turn amongst yourselves, please!'” At Governor's Ball the reaction satisfied all Diplo and Mark's pre-gig jitters. They had a crowd of 30,000 and within ten minutes the audience understood that they wouldn't be experiencing big drops. “Suddenly they relaxed,” says Mark. “People were dancing in a circle towards each other. It looked like how people used to dance in clubs.”

There will be an album featuring a sprawl of genres, including Detroit techno, New York big beat, even psychedelic soul. “Each one of those cities had something unique and each one of them influenced a song,” says Diplo of London, Paris, Chicago, etc. “'Electricity”' featuring Dua Lipa is the big-hitter, employing those gospel vocals that were so elemental to Chicago house. Mark and Diplo have the rolodex of all rolodexes. So when it came to finding collaborators and vocalists they had many to cherry pick from. “Electricity” features lyrics by Romy Madley-Croft [The xx] and contributions from Diana Gordon, most renowned for working on Beyonce's Lemonade. Elsewhere there are repeated performances by vocalist Mapei including on second single “Feel About You”. The mix of knowns and unknowns is healthy. “Those house vocalists were soul divas,” says Mark. “Dua, for instance, grew up on '90s R&B so she has that musical DNA.”

Mark Ronson and Diplo may have world-renowned monikers. Their sets might be played on huge stages. But Silk City is intended to be devoid of ego. It's not about Mark or Diplo, it's about you being transported to a warehouse party in a founding city for house music, discovering your own groove. “We don't have a lot to prove to people any more,” says Diplo. “We just wanna get Silk City to the people who wanna dance.”