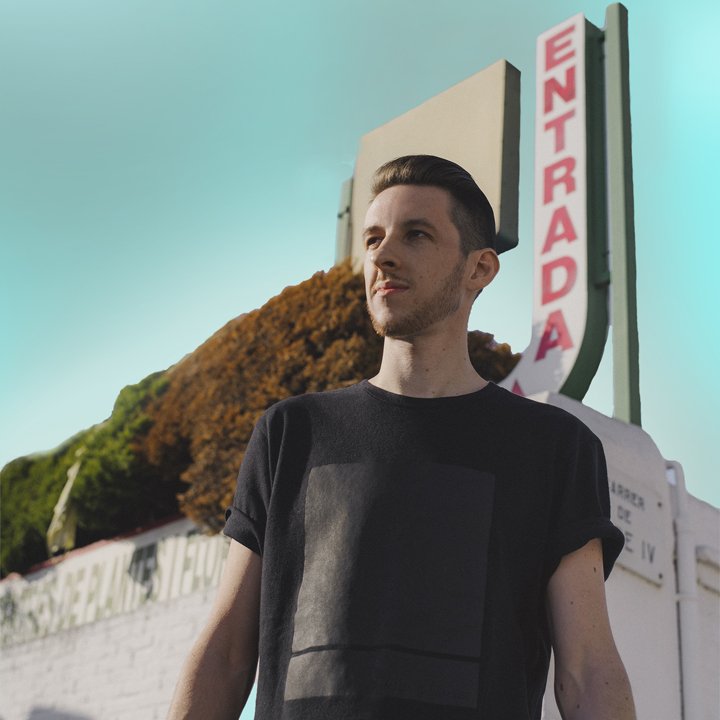 In the space of just eight months, 25-year-old Bruce Fielder has gone from nowhere to essentially dominating the UK dance scene. As Sigala, he's already scored one gargantuan Number 1 single in the shape of the Jackson 5-sampling, tropical house-inspired Easy Love (his and Ministry of Sound's first Platinum-selling single has sold over 600,000 copies, and spent 41 weeks in the chart) then followed that up with two Top 5 singles -- Sweet Lovin' featuring Bryn Christopher (over 565,000 sales), and the DJ Fresh/Imani collaboration Say You Do. Oh and his current single, the glorious funk-meets-disco-meets-house shimmer of Give Me Your Love, features powerhouse vocalist John Newman and actual living legend Nile Rodgers. Over the space of four singles (and over 1.5 million sales in the UK alone), Sigala has showcased his skills not only as a producer, but as a songwriter, consciously showing off different sides to his musicality. This isn't the case of DJ-turned-artist, but rather artist who makes songs first, DJs later. "I listen to the radio so I like to keep my ear to the ground, but at the same time I don't want to copy myself or recycle the same sound," he says. "I want to show that I can do different things. I want the album to show different sides to me."

Growing up in rural Norfolk, "right out in the countryside so you had to make your own fun," Fielder was surrounded by music. While his house was full of Queen records thanks to his parents, his grandparents gave him the first taste of musical instruments. "My granddad on my mum's side used to play harmonica and the organ, my nan used to play the organ too. So my mum would take me round there and there'd be all these musical toys to play with." Describing himself as "a bit of a pain" as a kid, his parents decided to find things to distract him. When he was eight he was given a set of drums but bored of them quickly. Next was a guitar, but without lessons he grew bored of that too. One thing that did grab his attention, however, was a small keyboard on the guitar itself. "I'd sit there just playing with that," he remembers. "So my parents got me a keyboard and I started having lessons. I remember we had to do this concert at a school and everybody chickened out and so nobody played the song but me. I was playing and they were miming along to it."

Ever inquisitive, by the age of 12 he'd started experimenting with music software, in-between taking apart and re-building computers as a hobby. Parallel to all this was his love of keyboards, a passion that resulted in his first taste of proper showmanship. "We'd have talent shows at school and I'd play Rock Around The Clock," he says. "I'd increase the tempo until it was as fast as the keyboard would go and just when people didn't think it could get any crazier I'd pull my fleece up above my head and do it blindfolded." He lets out a huge cackle at the memory, but somewhere between that and messing about with his mates in various Queen-inspired bands, he was beginning to see music as an outlet. So while studying music at college in Norfolk was mainly done to keep his parents happy, it also made it clear what he needed to do. As did being stuck in a terrible job. "I finished college and did alright and then left and ended up working at Cash Converters for two years," he laughs. "After that I realised I had to get out and my mate who I was in a band with was talking about going to London. He worked at Nando's at the time and we'd meet on a Tuesday and make music together. I wanted to know that I'd at least tried so we decided to move to London together and went to the same University in Westminster."

Studying Commercial Music, Fielder slowly started making a name for himself as a producer among his fellow students. "I went to London with a really open mind and would work with anyone who wanted to really. There were a lot of rappers on our course so I'd play them some of the stuff I'd done with my friend and they'd ask me to make some beats for them." Around this time the name Sigala was born, the moniker taken from a shadowy figure in his family's past. "My great great great grandfather, this Italian guy, hooked up with my grandmother from that generation and she got pregnant and then I think she ran away or something. He was Amos Sigala, so that should be my surname by blood." Keen to remain in the background, at least at first, Sigala started working on his own music in his bedroom, honing his skills. His first break arrived after stumbling across Tileyard Studios, a creative hub of managers, songwriters and producers in east London (weirdly a lot of his musical inspirations, from Pendulum to Chase & Status to the Prodigy, were all situated there too). It was at Tileyard that he was put in songwriting sessions with various artists, resulting in him co-writing and co-producing Ella Eyre's Good Times single.

While it felt like a breakthrough of sorts, Sigala started to get frustrated at the fact that he was finally making music but not necessarily on his own terms. "I was doing something that I knew I wanted to do but not in the way I wanted to do it," he says. "It was crushing my creativity. I wanted to do something for myself." Out of this frustration, and thanks in part to a lot of tequila, came Easy Love. "I got some acapellas off a friend and he had all these crazy multi-tracks from old Jackson 5 songs. I had it in my head that I wanted to go in and play with these files and I was pretty pissed off with how things were going and so I had a few Desperados in my bedroom and started messing about with it all. I just applied the things I'd learnt from songwriting to that remix context." The result was a UK Number 1 single, multiple offers of DJ sets and sudden fame. "It was mad. It was not my aim at all, I just wanted to pay the bills. My parents didn't really believe me at first. Actually until very recently," he laughs.

Keen to show that he was more than just a cut-n-paste remixer, Easy Love's follow-up, Sweet Lovin,' was an original composition. In fact it was that song that caught the attention of John Newman, who asked to work with him. "I'd spent about a year writing so I thought it was important to show that side of me. I'm different in that way because there are lot of DJs who don't get involved in the music-making process at all." He's also more than just your typical DJ in other ways too. Keen to create a proper live show, he wants to bring his musicianship to the world's biggest venues. "I come from playing in bands and that's where I feel more at home," he explains. So the live show will feature keyboards and drum pads, hopefully some lasers and a lot of the guest musicians that have appeared so far. The album -- which is still in the works and is what he envisions as the ultimate hits compilation -- will also see collaborations with Fuse ODG, Ella Eyre, Blonde, and Craig David. For now though, he's happy to just be in the studio messing about. "My heart is in writing and making music," he states.

A brilliant mix of contradictions, Bruce Fielder, aka Sigala, is the private, almost shy guy whose flashy party trick used to be playing the keyboard with his jumper over his head. He's the tech-obsessed muso who also enjoys go-karting and anything to do with driving flash cars really fast. More importantly, he's the humble lad from Norfolk who's controlling the future of pop-lead dance music one banger at a time. Get ready, things are only just getting started!