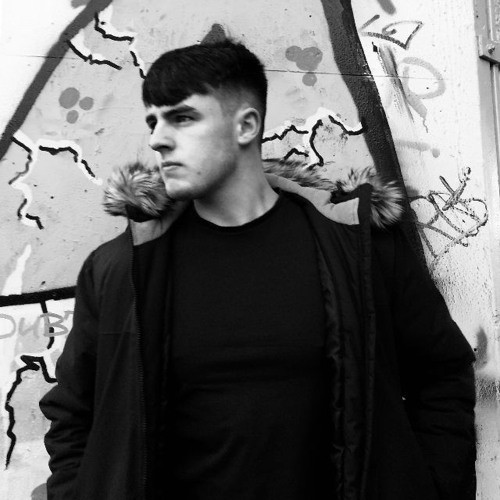 House music runs through Shane Codd’s veins. The 24-year-old’s love of the genre can be traced back to when he was a young child, where he would listen to club-classics at home, in the car with his mother, with his mates at school, anywhere. Its effect is fully felt on his breakout single ‘Get Out My Head’, which nods to the late ‘90s/early 2000s dance sound, albeit with his own unique twist. His stepfather, who is an avid musician, has also had an influence on his musical taste.

Created in his bedroom at his family home in Ireland as a form of escape when life hit pause due to Covid, the earworm of a track ulMmately became inescapable itself, resulMng in a Top 10 smash on the Official UK Singles Chart as well as a Top 10 hit in his naMve Ireland, racking up over 20 million streams across both territories alone.

“The lyrics of Get Out My Head just sat with me,” he explains. “I’d been stuck at home stressed and wanMng to get out and see my mates – I just wanted to be able to go to clubs. That’s what the song meant for me, geWng out and going to fesMvals and clubs and geWng all the bad Mmes out of your head.”

Born in the small suburban town Clondalkin, just south of Dublin, Shane moved to the more remote County Cavan when he was 11. Dance music, he admits, was a source of joy in an otherwise quiet place. His earliest music memories include dancing to ‘I’m Blue’ by Eiffel 65 as a child and being obsessed with 50 Cent and Eminem. He remembers his mother taking him to buy a new single on Friday’s and buying the 2004 party-garage favourite ‘Babycakes’ on CD. Since then, his dance music acumen has earned him one of Ireland’s most popular SpoMfy playlists, ‘Trance Anthems 90s-00s’, which has over 82,000 followers.

At the age of 18, and bored with Business Studies at college, Shane began teaching himself how to make music. While Shane is an enMrely self-taught producer it wasn’t always easy, he remembers dropping out of college for a year and moving into a ‘damp apartment in Dublin with no heaMng and struggling to pay rent, all so he could focus solely on making music. “When I first started, it was so complicated, but aber a while I started to pick it up and run with it.” Five years on, he admits: “I sMll have loads to learn, which is the exciMng bit for me. I’m learning piano at the moment – it’s a life goal of mine to get good at it.”

Shane’s ulMmate goal is a simple but ambiMous one. Like his heroes of the genre - Avicii, Gigi D'AgosMno and Alice Deejay – he wants “to go down as a legendary dance producer, someone who is respected, brought out good music and put on a great live show. I’d really love it if my music was remembered in 20 years, like Robin S’ ‘Show Me Love’, a song that people sMll love and doesn’t get old, truly classic tunes.”