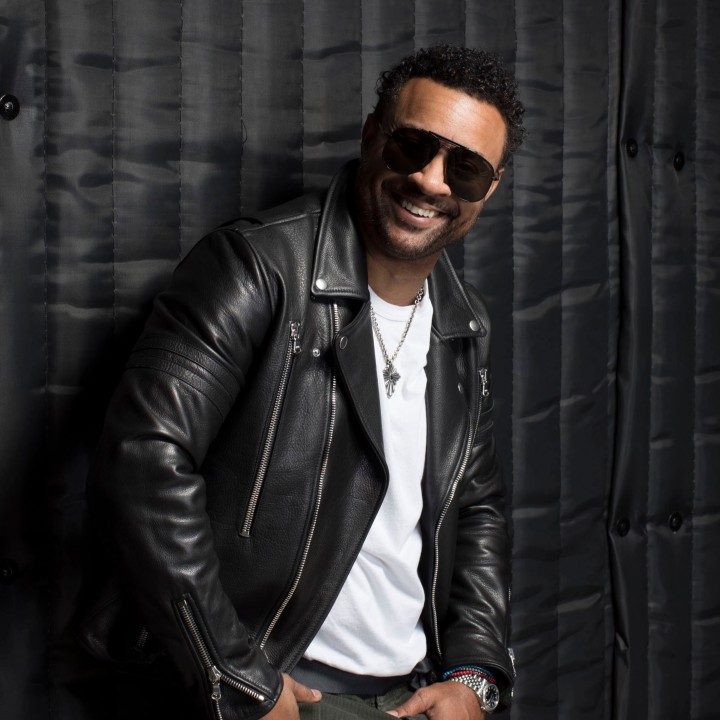 When it comes to making dancehall reggae hits that rock the world and stand the test of time, nobody does it better than Shaggy.

Paving the way for the likes of Drake, Rihanna and Major Lazer, Shaggy has provided the blueprint for global dancehall success and continues to innovate at the forefront of the island sounds that regularly the worldwide pop charts.

The Jamaican-born and based artist was in his early 20s when his 12-inch single "Oh Carolina" exploded out of the New York dancehall underground and topped the UK pop charts in 1993. Unleashing his gruff vocals over a raw and uncut rhythm track straight the former U.S. Marine and Desert Storm veteran soon had a rocketing crossover hit and a major label record deal.

Shaggy’s subsequent single, “Boombastic,” topped the UK charts again, and reached No. 3 on the Billboard Hot 100 in the U.S. Since then he’s continued to make history year after year, blazing an enviable trail of hits and garnering GRAMMY nominations for his progressive work.

Shaggy has sold over 30 million albums to date, racking up no fewer than eight singles in the Billboard Hot 100, including two that went to No. 1, as well as seven albums on the Billboard 200, with four in the Top 40. The numbers in the UK equally impressive: sixteen Top 40 singles, nine of them reaching the Top 10 and four that shot to No. 1, including “It Wasn't Me,” the biggest-selling collaboration in UK chart history, outpacing chart-topping duets by the likes of Eminem, Calvin Harris, and Rihanna.

And the smash records keep on coming, from the certified-diamond 2000 album Hotshot, which boasted not one but two No. 1 singles, through to last year's 44/876, a collaborative project with British rock icon Sting, which clocked millions of streams, entered the Top 40 in 14 different countries, has remained atop the Billboard Reggae Album chart for over 4 months, and earned Shaggy his second GRAMMY Award win and the seventh nomination of his career to date.

In addition to the win, Shaggy also hosted this year’s 61st GRAMMY Awards Premiere Ceremony.  Even as he was wrapping up a sold-out world tour with Sting, Shaggy was busy laying the groundwork for his next solo album, dropping this Spring.

At this point it’s safe to say Shaggy’s music is timeless. How the hell does he do it?

It might have something to do with military discipline, a serious work ethic, and a God-given gift for crafting pop melodies. “You’ve got to come with something disruptive. Something that’s lyrically stimulating,” says the reggae and dancehall icon, now 300 Records’ label mate with cutting-edge artists like Migos, Young Thug, and Rich the Kid.

Shaggy’s latest project is his forthcoming album Wah Gwaan?! – a collection that embodies the musician’s Jamaican roots, global reach, contagious joy and introspective side – to be released on May 10, 2019 via 300 Records and Brooklyn Knights Entertainment.

The compelling 12 tracks on Wah Gwaan?! - a Jamaican patois greeting meaning ‘what’s goin’ on?’ - are a revelation of an accomplished, multi-talented musical star.  “I didn’t want to delve into too much political stuff on this album,” he says. “I just wanted to keep it light and get back to that classic Shaggy.”

When he says "Classic Shaggy,” he’s talking about music that brings people together in a world with so much division. Because when it comes to relationships, we’re all really the same.

The album’s latest hit “Use Me” – which has all the hallmarks of a Shaggy smash: an island vibe, witty wordplay, and an irresistible pop melody – is something everybody can relate to: black or white, young or old, straight or gay. “It’s not just sex or making love,” Shaggy explains.

Wah Gwaan?! is an emblematic display of Shaggy's rich sound influenced by all styles of music. He attracts both new and established artists from all genres; the emerging 19-year-old Canadian vocalist Alexander Stewart lends his vocals on the irresistible pop smash "You." Shaggy balances the seductive energy of rising dancehall superstar Shenseea and GRAMMY-nominated singer-songwriter Stacy Barthe on "Supernatural." On "Money Up," his ties to Brooklyn hold strong, working with the borough's dancehall artist Noah Powa. His musical worlds collide on "Tic Toc," which features Nikki Jam, one of the biggest acts out of the urban Latino scene, and show-stopping entertainer Jason Derulo. Shaggy also taps a diverse range of producers including the legendary dancehall brothers Tony CD Kelly and Dave Kelly, Martin Kierszenbaum (Sting, Lady Gaga), iLLWayno (Nicki Minaj, Nas, 2 Chainz), Kizzo and Costi Official.

As a proven hitmaker, Shaggy has also been using his platform to help his community and beloved home, Jamaica. His Shaggy & Friends charity concerts have raised millions for Bustamante Children’s Hospital in Kingston, Jamaica.

Throughout his successful career, Shaggy has been committed to bringing joy and musicality to his audience.  Now, more than ever, the world seems to need his contagious optimism and joy.