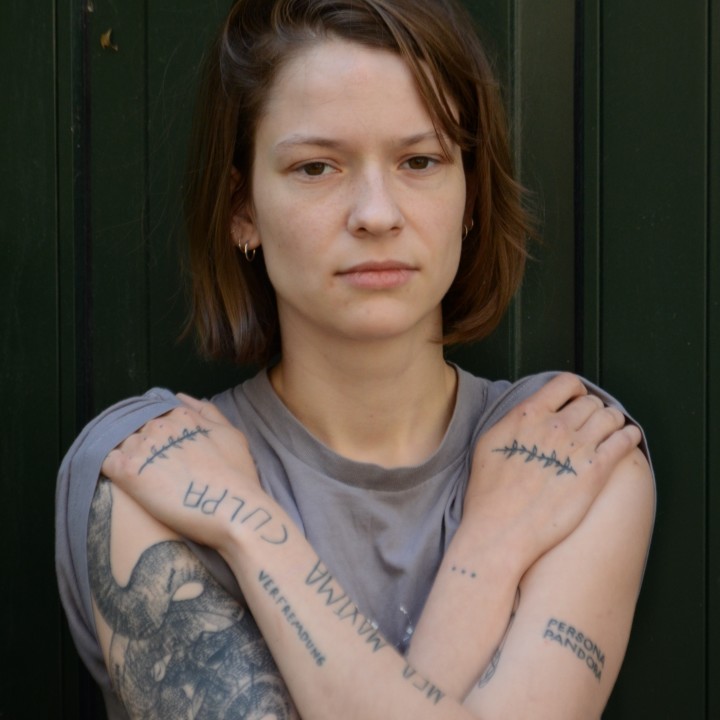 Selma Judith is ready with her next work, Colder, for which a one-take music video recorded at The Royal Cast Collection also follows. Here, Selma Judith moves around between the many white statues and busts as she sings about how we humans tend to become more monotonous and colder with age.

“It seems like we are getting colder with age. It's a survival mechanism, getting colder, and it's extremely practical. It helps us to keep certain occurrences at a distance, thus sparing us a certain percentage of pain. One can say that our ability to separate ourselves from our emotions gets bigger - we drift away from the pain. It's really what the song is about, it points out a human tendency to get colder with age, and it encourages you to be aware of this; that we wrap in apathy to keep warm in a cold and sad world, and we forget those who are still freezing.” - Selma Judith

From the urban and throb part of Copenhagen called Nørrebro, you find the 23rd year old Selma Judith – a young and ambitious singer and songwriter, who has drawn great attention in short time. With her own texts and an exquisite R&B sound she allows the listener to come fully under her skin.

From a young age Selma Judith has been singing rhythmically, but she was always frustrated with not having learned to play a classical instrument from childhood. When she was about 15 years old, she decided to learn how to play the harp. First, it was the inspiration from Joanna Newsom, whose universe of dexterous and intelligent compositions she could dream of, but then it also became the love to the magic sound of the great instrument. When she started writing her own R&B songs, it was obvious, to her, to integrate the harp into this universe, and she found out how well the sound of the harp suited the production of the rhythmic songs. She has since performed with renowned artists such as MØ, VERA, The National and Phlake.

Selma Judith released her debut single “Kind of Lonely” on the 20th of August 2018 on Soundcloud, and since it has been in heavy rotation on the Danish Broadcasting radio station called P3. Since, the song has been played more than 250 times on P3 and for six consecutive weeks it was in top 10 on Spotify’s Viral50. Internationally, “Kind of Lonely” has also attracted attention on both German and British radio stations such as BBC6, BBC1 Radio, Amazing Radio, FluxFM, Fritz Radio, Radio Z, SWR3, RBB Radio Eins og BR Puls, where it was “pick of the week” on last mentioned.

In the wake of her debut single, she, furthermore, got her first frontpage on the Danish newspaper Politiken in October 2018, she was nominated for the “Future Hope Award” by Soundvenue, she was chosen to be a part of the “Vegas Udvalgte 2019” but also on the list of “Breakin’ Sound 2019” by Soundvenue. The music video for “Kind of Lonely” had an exclusive premiere on the British magazine “Dummy” in September 2018 (+18).

There will be plenty of opportunities to experience Selma Judith and her band’s fascinating live performance this summer, as she is playing this year’s Spot Festival, Alive Festival, Bloom Festival, Musik i Lejet, Roskilde Festival and Heartland Festival. In addition, 2019 will bring a wide range of international performances like by:Larm, Thea Great Escape (UK) and Best Kept Secret (Holland). Selma Judith is also performing as a special guest when the Danish singer Jada is touring this spring (2019).