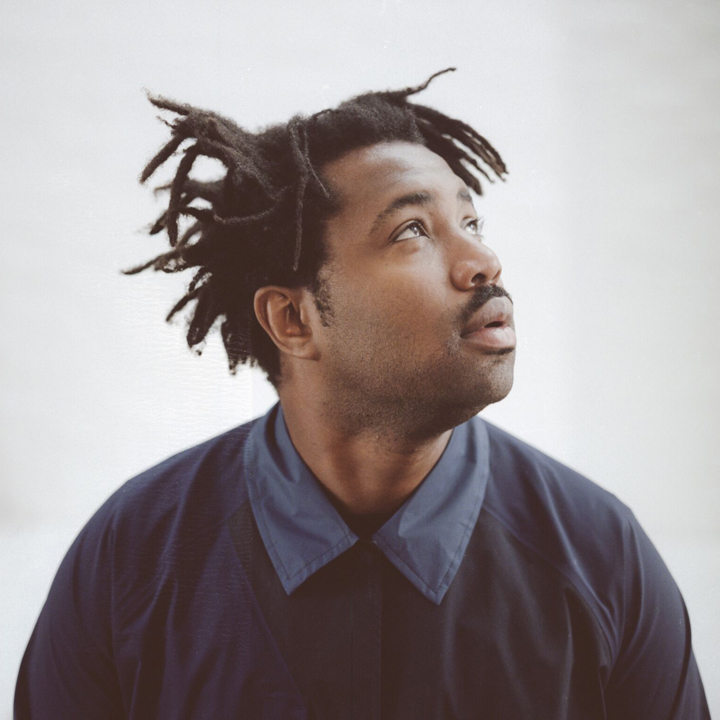 As one of the UK’s most enigmatic artists, twenty-seven year old Sampha has lent his vocal, production and songwriting talents to a range of stand-out releases. From homegrown contemporaries such as SBTRKT, FKA twigs and Jessie Ware, to world-renowned superstars like Drake, Solange, Kanye West, Frank Ocean and, most recently, on Solange’s A Seat At The Table album, Sampha has quietly become an influential and in-demand collaborator. Now, with the forthcoming release of his debut album Process, the time has come for the London musician to tell his own story.

The youngest of five brothers, Sampha Sisay grew up in a semi-detached house in the London suburb of Morden after his family moved to the capital from his parent’s hometown of Kenema, Sierra Leone. At the age of three his father brought a piano to the house, something that was to have a huge effect on a young Sampha. Learning to play the piano in the family home, alongside the discovery of digital music production software some years later, introduced Sampha to the deeply resonating and tone-shifting emotional scales that would become a central characteristic of his own music.

Growing up, Sampha’s brothers would play him a wide-range of music - from The Strokes to Brian Eno to jazz. Each week his father would bring home a new CD, introducing Sampha to a wider range of sounds, from the beautiful tonal arias of Pavorotti to the harmonic tints of West African Wassoulou music. He was also inspired to create his own music, initially aspiring to make Grime using Reason software, after discovering artists from the South London producer scene like Kwes and Micachu on MySpace.

It was through a combination of all these disparate discoveries - rather than any one specific artist - that the concept of chords and composition, and the way those two can be combined to create deep, visceral feeling, became key to Sampha’s own work. But just as importantly, if not more so, it’s Sampha’s raw ability to connect with an audience on a direct, emotional level that made his voice and production work so sought after.

“I always liked the fact that harmony and notes created an emotion that I was into”, he explains, talking about some of his early releases, which stretch as far back as 2010. “I wasn’t into expressing my realities. It was always that imaginative thing. The feeling the sound of music gave me…”

This idea of music being a vehicle that can transport the listener directly into fragmented, intense moments is something that lays at the very core of Sampha’s music. It’s there to a higher degree than ever before across Process, as we travel through a shifting soundscape that charts the peaks and troughs of human emotion. Except this time the feelings aren’t imagined, because on Process Sampha has opened the door to his realities.

Shortly after Sampha released his debut ‘Sundanza’ EP for Young Turks in 2010, his mother was diagnosed with cancer. When she passed last September, nearly two decades after the death of Sampha’s father, Sampha found himself thinking about his own mortality in a way he’d never considered before. A few years earlier, while on tour with SBTRKT, he’d discovered a lump in his throat. He had an endoscopy. Then a second, and then a third - and the doctors couldn’t find anything. But it’s still there. On the opening track of Process, a delicate and piano led song called “Plastic 100ºC”, he sings “Oh, sleeping with my worries, yeah / I didn’t really know what that lump was.”

“It’s the not knowing”, he says calmly, speaking about his throat troubles and the subsequent reflection on life, whether his own or of those around him. “[Death] is a very real thing that will happen to you. It’s so difficult. The importance of spirituality in the face of that is the main thing in how to deal with that. I’m not religious, but I’m almost jealous of people who are, who can dedicate that amount of time to the bigger picture.”

Despite not being a concept album, Process is loosely rooted in the concept of spiritual discovery, or at least the search for understanding. It’s a measured documentation of Sampha’s own development across the last two years of his life, but also it’s a reflection on the science of making music and the way the feeling that comes from those artistic procedures is entwined with the experience of being. “To me, feeling is the main thing of life. Without it, you’re dead”, he explains. “Music is a way of connecting to the essence of life.”

“When you feel like life is kind of dead and you get really apathetic in terms of meaning, there’s still an infinite amount of depth to what’s going on, even though the banality of everyday life can settle in. To me spirituality is falling backwards; it’s like infinity. It’s being comfortable with not knowing. The end result [of making music] is just to make you feel something - to make you feel or think someway - and that’s the unknown. You’re working on something to make people feel magic.”

Led by Sampha’s impressive voice and production (along with co-production from Rodaidh McDonald), the album powerfully captures moments. One particular stand out track “No One Knows Me (Like The Piano)” is a beautiful meditation on the piano that sat inside Sampa’s childhood home and the soulful experiences that have been absorbed into its framework.

“‘No One Knows Me’ stands out because of all the emotional chaos I’m going through before that point. Songs like “Blood On Me” and “Plastic”, they’re all intense songs - then you reach this point of reflection. Through all of that you feel like how I felt. It’s almost like the feeling you get after vibrating for ages.”

On the album’s closing track “What Shouldn’t I Be?”, Sampha reflects on the different perspectives that have gone through his mind over the past six years, which have seen him travel across the globe to work with Drake, while also travelling home again to move in with his mother.

“Who am I to be on the front of a magazine? Or who am I to not be on the front of a magazine?”, he says of the track, and its shifting viewpoints. “Should I be at home looking after my mum or should I go out and be living my own life? Should I have responsibility to my parents or to myself? At what point should you care for yourself or care for others?

That’s not to say Process isn’t also without it’s euphoric moments. Ultimately, it’s a portfolio of the shifting poles of human emotion, darting from the bubbling electronic sounds Sampha first brought forward all those years ago, to the more stripped-back, raw, pensive tracks. And it all comes from Sampha’s natural desire to express all the different sides of himself on his debut record. “I’ve documented my nature”, he says. “It’s about letting things be, because things have a process. It came from me confronting certain things and really dealing with them.”

For his long-term fans, the album has been a six year wait. But through that time, Sampha has built upon his impressive groundwork to create an incredibly pure, emotionally honest debut album. His uncompromising vision has resulted in a rare and tender snapshot of life.