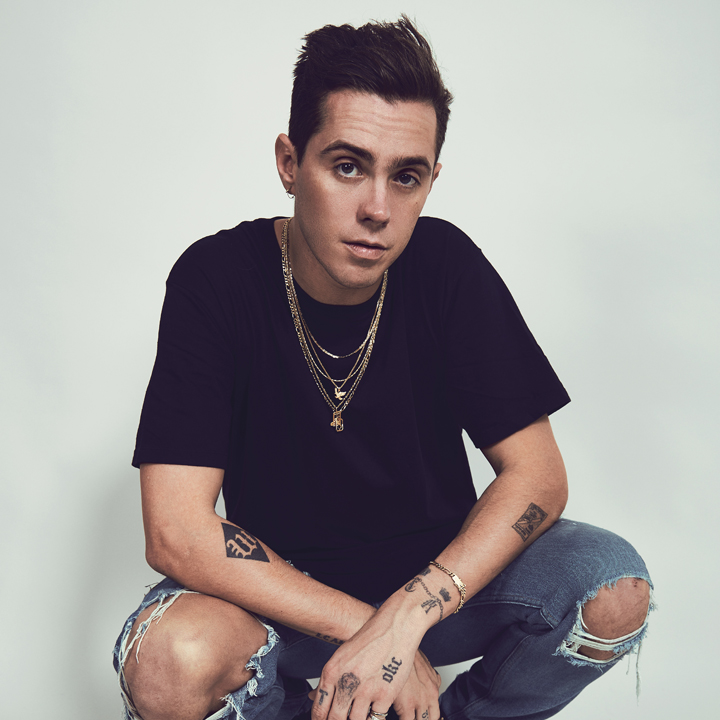 Adams started recording songs on his Macbook in 2008 from his college dormitory room. Over the course of the next two years, he recorded a large amount of material that would be used on his later releases. He was always told it was a “pipe dream” and practically impossible in this day and age without signing a major deal. In early 2009, he emerged into the music industry with his release of "I Hate College (Remix)", a remix of Asher Roth's "I Love College", on YouTube which went viral. He was asked across the country to open for Drake, Kid Cudi, Big Sean, Wiz Khalifa, Snoop Dogg, Mike Posner, Currensy, and Tiesto (to name a few). He released his first ever EP, Boston's Boy, on March 4, 2010, which debuted at number one on the iTunes hip-hop chart within hours of dropping. His song "Driving Me Crazy" which sampled Annie Lennox’s hit “Walking On Broken Glass” hit #8 on iTunes hip-hop singles chart.The EP managed to reach #73 on The Billboard 200 without marketing, a label, or any push.

In the end of June 2010, Adams travelled to London, UK to finish his first mixtape, Party Records. It was a the first of its kind, a musical mash up of his favorite electronic sampled beats from producers like Deadmau5 ("Some Chordz") and Yolanda Be Cool ("No Speak Americano"), as well as many others others.

After dropping out of school to chase his dream, he sold out two full tours after declining record deal’s from virtually every major label in the United States. On August 8th, 2011, Adams performed at Lollapalooza in Chicago and it solidified his place in the music industry. Shortly after that Adams signed a substantial record deal with Sony RCA in New York City, began dropping singles with Mike Posner, Enrique Iglesias, and made his TV debut on Conan with Conan O'Brien.

As if life couldn’t get any more surreal, Adams penned a song entitled “All Night Longer” in 2012 which took his touring to the next level. The Gary Glitter sampled song (which currently has amassed 37 millions streams on Spotify alone) quickly became his most successful song of all time. As soon as the song started at the venues he was playing, chaos ensued (in a good way). On November 12th, 2012 Adam’s ended his tour at Roseland, NYC’s coveted 5,600 person venue, and shortly after made the move to Los Angeles. Being the east coast boy that he is after a 2 years. moved back to the east coast and settled back Manhattan, NY. In 2015 Sammy took a break from touring and focused on his writing and production skills, taking a break from the road which was long overdue. In 2017, Sammy embarked on “Senioritis Tour” of 2017, which hit over 42 colleges across the United States. Although his main focus was to get back in the studio and pump our another album Adam’s got an offer he couldn’t refuse and jumped on “The Vans Warped Tour” for the 49 date music festival as one of the only rappers. In 2018 Adam’s survived a life threatening accident which left him with a broken neck and two brain hemoraghes, putting his music career on hold. Miraculously he rehabbed with full range of motion beating the 1 in 100 odds that he’d ever walk again. He is currently wrapping up his second LP and back in the studio.