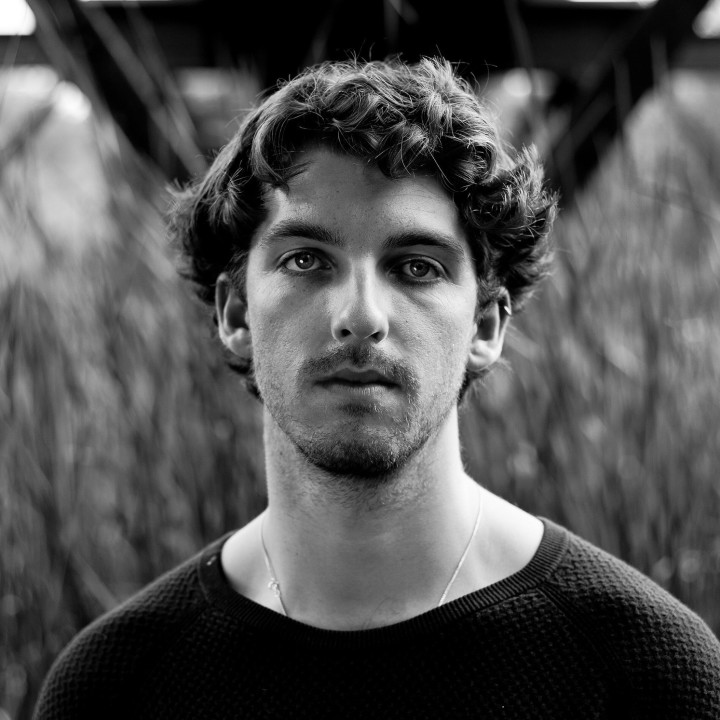 It’s a potent combination: a voice as big as George Ezra, and a sense of emotional resonance that has more in common with Justin Vernon of Bon Iver. Sam Johnson’s Eastcote EP, produced with multi-instrumentalist Elliot James, is the product of a period rather more intense than most people go through in their early twenties: the end of a six-year relationship, and the passing away of a beloved father. Far from being a record of sadness, his thoughtful, ebullient debut captures a young man’s growing sense of who he is, vulnerability and all.

The playful “Trip On Gold”, co-written with the renowned Irish songwriter Iain Archer, explores the desire for authenticity and permanence always lurking beneath Johnson’s playful exterior: “I never had much luck in life but I always had a way with words / My heart can’t get satisfied, living with this modern curse.” It’s a track about “the transient, casual nature of relationships,” he explains (“Don’t want a magpie love / I’d rather go for gold”). “But I’m naturally romantic, so there’s an uplifting side to it all.”

And there has arguably been one stroke of luck in Johnson’s song-writing life so far: his accidental pedigree mentor, My Bloody Valentine’s Kevin Shields. After his uncle married Shields’ sister Anne Marie, Sam became a regular at their large, family Christmases in Ireland, and the “super-cerebral” Kevin took him under his wing. “He was instrumental in founding any kind of confidence in me,” says Johnson; each year, the teenager would save up songs to play him on acoustic guitar, and one Christmas, when he was seventeen, Shields took him to the famous Grouse Lodge recording studios in County Westmeath to record a handful of early demos. The songs got traction via the BBC Introducing scheme, and Johnson had his first real sense of focus, “all because Kevin was so kind.”

Growing up in the X-Factor generation, Johnson believes the experience with Shields taught him about perseverance and patience beyond the transitory temptation of the TV talent shows. “Medicine For My Brain”, his impossibly catchy calling card and first single, is a witty kiss-off to the music industry, with a dazzling guitar accompaniment reminiscent of his heroes John Martyn and Ben Howard: “You say you don’t want my name / Well hell, I don’t need your fame / I’m happy to use my pain / It’s medicine for my brain.”

“I was very jaded at one point,” says Sam, who cut his teeth on the open mic scenes near his childhood home in Shropshire. “I wanted to write a chorus which is basically saying I don’t give a damn about the industry - which is ironic because that’s the very song that got me signed.”

Johnson’s songs acknowledge a darker kind of emotional turmoil - the “black dog calling my name”, as he puts it in “Medicine” – but he writes with a propulsive energy that suggests a sense of life-lessons constantly learned, and a feeling that music can ease your greatest challenges.

Growing up near Oswestry on the Welsh border, he started writing songs at fourteen, shaped by what he calls “the inevitable loneliness and desire for companionship of being an only child”. The captivating debut song, “Perfect Circle”, written with Carey Willetts from Athlete, considers the relationship with the self as powerfully as he might write about a romantic partner. Johnson, whose late father was an architect and whose mother comes from a family of actors, realised early on the importance of creating strong networks of friends. Those relationships, and the more fickle, undesirable kind, are explored in “Lost In The Mail”: “I’ll treat you like a brother / We’ll huddle under cover in the smoking yard… but when the morning comes around / I’ll be nowhere to be found.”

Producer Elliot James helped Johnson, whose main lyrical inspiration growing up was Alex Turner from the Arctic Monkeys, to hone his song-writing with a degree of simplicity he was lacking in his open-mic years. Back then, having started out writing what he jokingly describes as super-moody, self-important songs, Johnson was bitten by the Dylan bug, and later had a second musical conversion with the release of Bon Iver’s Flume.

Playing the Iron Works club in Oswestry as a teenager, he was forced to exchange his “Jack the Lad” persona for “the sensitive troubadour”, but Johnson never considered himself a vocalist - which is flabbergasting, when you consider his uniquely big voice: Ezra, but with a ragamuffin edge; or a baritone Orlando Weeks, only quirkier, with the rasp of Paolo Nutini.

Throughout Johnson’s music there is a sense of reflection and sensitivity that belies his 24 years. “Stuck Under The Surface” - an anthemic track hiding in a gentle setting - recalls the end of his six-year relationship with an Australian girlfriend, a love affair which had been sustained at long distance until the time that his heart began to let go. He records his inability to face up to the changes, “the scripted lines” and “vacant smiles” he gave, and now regrets.

When he was nineteen, his father sat him down and told him he had cancer: as he puts it, “a halcyon time went straight to black.” When his father passed away - he was 20 - Johnson entered a difficult time, which has shaped his outlook on life

“To see mortality that early on changes your perception on how you lead your life,” he says. “I have friends who are older than me, and I feel older than them. I think I have an unhealthy connection to age!”

Being old before your time does famously make for good song-writing, though. Johnson has a song about his father, which he is saving for his full-length album. He’ll save the classic self-titled record for a little further down the line, he says thoughtfully - when he’s clearer about who he is. But listening to the Eastcote EP, the pure, musical manifestation of a wise head on young shoulders, it’s clear that he has more idea than he knows.