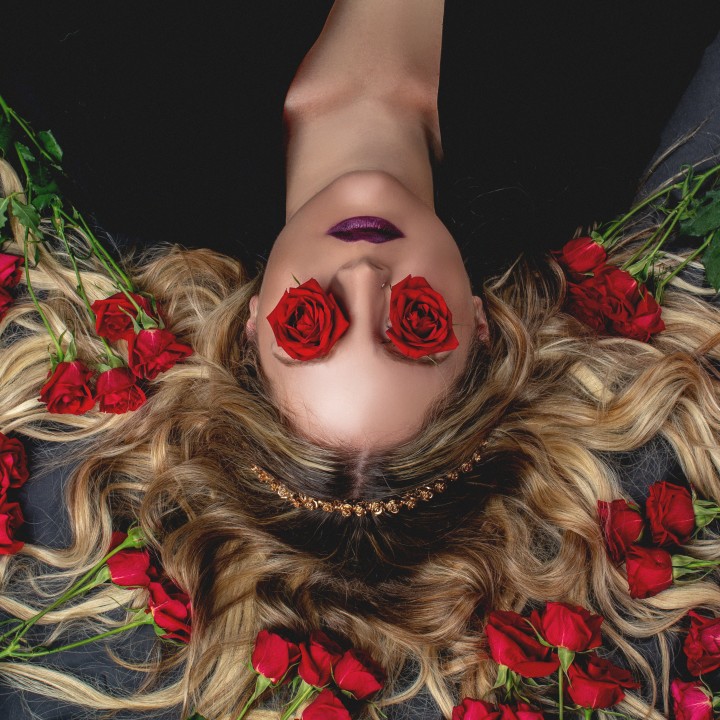 However, the flower denotes a whole lot more for multiplatinum-certified and critically acclaimed Philadelphia pop songstress ROZES. Adorned by a “rose crown”, this chosen flower embodies adventurousness, dedication, devotion, and empowerment soundtracked by magically irresistible pop outfitted with flourishes of dance, electronic, and alternative. Since her emergence in 2014, the 24-year-old has grown into a force of nature with over half-a-billion cumulative streams to her credit, acclaim from Entertainment Weekly, Nylon, Huffington Post, and Marie Claire, and high-profile collaborations with everyone from The Chainsmokers to Galantis.

Now, the artist’s 2018 debut EP (TBD on release)  for Photo Finish Records sees her blossom like never before.

She began inching towards this dream at just six-years-old. Between learning violin and piano, she became obsessed with Gwen Stefani, Alicia Keys, and Sara Bareilles. By high school, she started releasing music of her own. Junior year of college at Temple University saw her team with Australian sensation Just A Gent for the viral hit, “Limelight.” As her powerhouse voice turned heads around the world, The Chainsmokers took notice and tapped her to co-write and perform on “Roses.” Not only did it become a Top 40 smash and earn an RIAA triple-platinum certification, but it also led to performances on The Tonight Show Starring Jimmy Fallon and The Late Late Show with James Corden as well as Coachella and the Billboard Hot 100 Music Festival.

Emerging as an in-demand studio presence, she penned anthems for the likes of Cheat Codes, Louis Tomlinson, Sophie Beem, Carrie Lane, and more in addition to featuring on Galantis’ “Girls on Boys.” Along the way, she unveiled her independent solo debut EP, Burn Wild, and a series of hits including “Matches” with Cash Cash and the 2017 anthem “Canyons.” At the same time, she sharpened a singular style.

“It’s dark dance pop,” she goes on. “Many of the songs on the radio are so happy-go-lucky. There’s another side that needs to be let out. That’s what I’m tapping into. These are real emotions that humans go through. Everything that I’m writing is my true life. I’m actually going through this. I want to communicate that realness. I’m going to always be with my fans.”

“It doesn’t matter how many things I have, there’s only one thing that makes me feel important: the people I love,” she explains. “Overall, the track is a little different for me.”

Then, there’s the emotionally charged and anthemic “Where Would We Be”. It illuminates another side of her.

“I wanted to tap into the emotions of how I was in high school,” she continues. “It’s about if I didn’t end up in the limelight how, my world would have flipped upside down. It asks the question, ‘Where would me and this person be if I hadn’t decided to step into this a career?’”

ROZES knows exactly where she’s going. She manages to connect with everything she does—from the music to empowering activism. In the end, she’s blooming into a new kind of star.

“I want to be a role model and stand for things that matter in music and outside of it,” she leaves off. “I want to show fans that anything is possible and you can stand up for what you believe in. I want them to open up more. I want them to walk away feeling strong.”