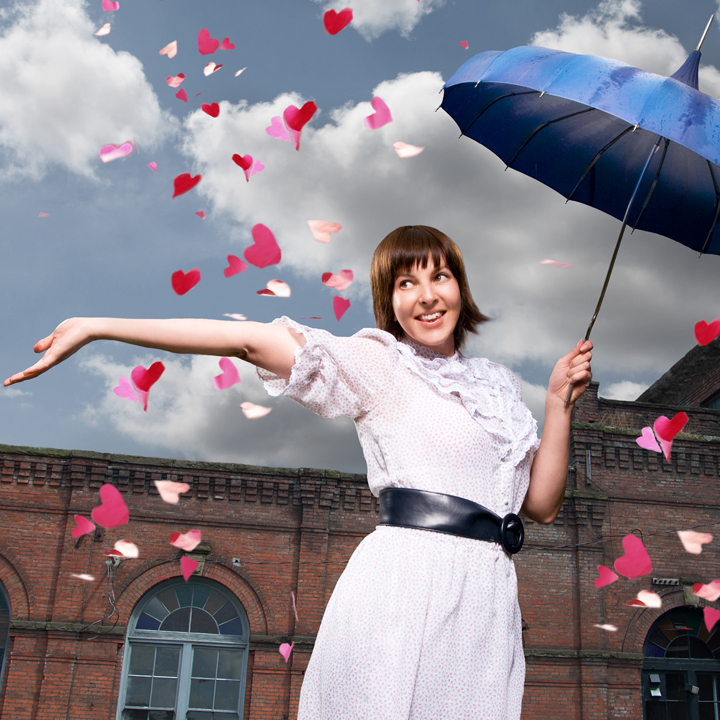 Singer-songwriter Rosie Thomas embarks on a U.S. tour beginning March 15 in support of her upcoming album With Love. Due February 14 on Sing-A-Long Records, With Love is Rosie Thomas’ first full-length record in four years. Hailed by The New York Times as a “sweet-voiced singer,” Thomas makes her return to the studio with a band featuring David Bazan (Pedro the Lion), Blake Wescott (The Posies, Damien Jurado), brother Brian Thomas and members of Sufjan Stevens’ band along with vocals by Sam Beam (Iron & Wine) and Jen Wood (The Postal Service).

With Love focuses on the central theme of love and its transformative powers. The album reflects Thomas’ own experience, finding love and being aided by it as she fought a two-year battle with a thyroid disorder resulting in severe anxiety. “I woke up one morning, and the sun shined in the window, and I didn’t mind,” Rosie says of her recovery; “the birds chirped and I thought they were singing for me. The world felt like it was back on my side again or vice versa, and I finally fit in again.”

Thomas began work on the record during this period of tremendous change during which she also got married and relocated to New York City from Seattle. Writing in Los Angeles, Nashville and her grandpa’s farm in Kansas, she traveled to Texas to work with Sam Beam in pre- production, Thomas returned to Seattle to assemble her band and record with producers Bazan and Wescott. While in the studio Bazan gave Thomas a homework assignment to list every singer and song that she loved, including the guilty pleasures. This list began to influence the sound of the record, drawing from a broad spectrum of artists ranging from soul and r&b singers including Stevie Wonder and the Jackson Five to Rosie’s more obvious influences including Joni Mitchell, Linda Rondstadt and the Innocence Mission. Rosie’s list even included Whitney Houston’s “Dance With Somebody” and her all-time favorite, Bette Midler. “The process was refreshing,” Thomas says of her and Bazan’s approach to recording. “[David] challenged me to show more of my personality this time around, and just like Sam he pushed me to ‘belt it out!’ There’s a more playful part of me captured on this record…all around it’s just more fun.”

Thomas has recorded four full-length albums as well as 2008’s A Very Rosie Christmas. She has collaborated with Sufjan Stevens and Damien Jurado as well as performed stand-up comedy as her alter-ego, Sheila Saputo. She appeared in the 2009 film Calvin Marshall and was the subject of the 2009 documentary All the Way from Michigan Not Mars.