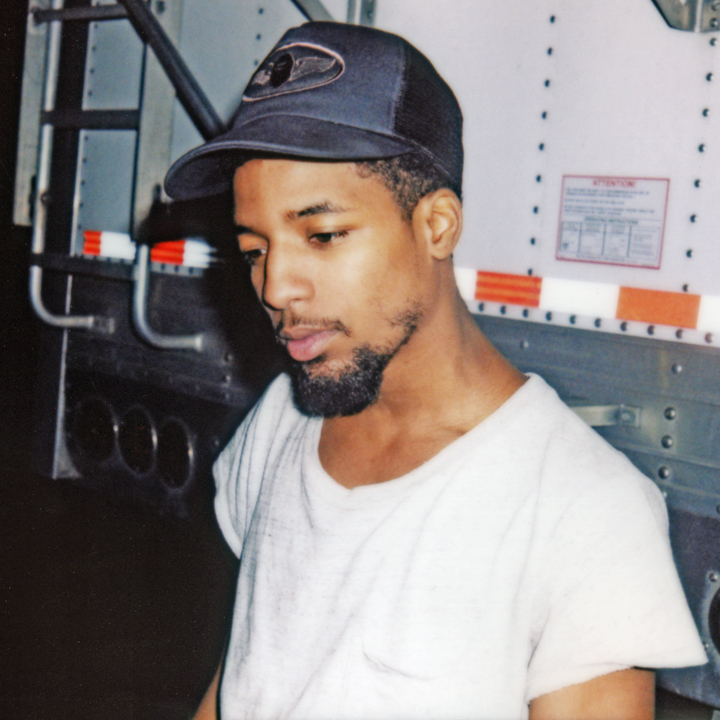 Rockie Fresh's roots will always lie in his native Chicago, but the 25-year-old MC has been beyond his neighborhood for some time now. "I always liked to be on the move. For me driving was a huge part of my high school days," he says.

As a teen, Rockie's mom allowed him to drive her Hyundai Sonata to school as long as he would drop her off and pick her up from her job in Chicago's inner city. "That's when I really gained my appreciation for music, just being able to drive that distance by myself and sitting in traffic, listening to the radio and mix CDs," Rockie says.

It's with that experience that Rockie -- born Donald Pullen -- decided to pick up a mic at 17-years-old, with an affinity for cars and hip-hop that can be found in early mixtapes like Driving 88 and Electric Highway.

While the "drill" movement of the Southside of Chicago began to take off, Rockie was one the few artists responsible for pioneering a new movement of young, conscious, genre-bending rappers to come out of the city, including his peers Chance The Rapper & Vic Mensa.

After signing to Rick Ross' Maybach Music Group in 2012, Rockie has been able to see more of the world, and those travels are reflected in his current project The Night I Went To..., which is his first project to be available for sale and on streaming partners. "MMG has played a major role in my career. When I decided to sign I saw a void for the type of music I bring and a void for the type of artist that I am," he says. "Rick Ross is an artist first, so he understands the process to achieve what you set out to do."

"Rockie Fresh is one of those artists I couldn't turn a blind eye to. He's always been a go getter. He has a clear understanding of his vision and he puts in the amount of work that it takes for an artist to be successful," says Rick Ross. "He has a story to tell that's authentic. I've always been excited to have such a smooth, innovative and creative young hustler like that on my roster."

"When I first started working on the music for the project, I was on tour with G-Eazy for 40 dates on his 'These Things Happen' Tour. That was the longest tour that I've ever been on and I was experiencing a bunch of things in different cities that I've never been to before," he says.

Before The Night I Went To..., Rockie recorded the majority of his previous projects in Chicago, but for this project he worked in New York, Los Angeles and Miami. His trip to South Africa, where he learned about Nelson Mandela, was also eye-opening. "Going out there took me to another level mentally," he says.

The Night I Went To... finds him taking bold, new musical approaches, but in true Rockie style, he continues to push the envelope lyrically. "When I started to rap it was important to me to really have something with substance," he says. "I'm saying things that can last for the next 40 or 50 years. There are things that Jay Z has said on his first album that I can still go back and reference now."

"Tell Me" was the first song released from the project. The melodic and moody track describes a late night love affair. Then there is "Too Long," where Rockie reflects on his personal turmoil. Current single, "Call Me When It's Over," sees Rockie team up with platinum-selling hit maker Chris Brown to get real about a breakup. In addition to Brown, The Night I Went To... features collaborations with Rick Ross, Casey Veggies, BJ The Chicago Kid, and Maverick Sabre. Grammy winner Ed Sheeran joins Rockie on "Are You With Me?" originally found on the previously released, free version of The Night I Went To...

"This project is probably the most vulnerable I've ever been with my music. It's the most personal and it's the most proud I've been of a body of work. I took my time with this & really spent time working on my rapping, my wordplay, my cadence; just growing and getting better," Rockie says of The Night I Went To... "I want people to hear this project and hear that growth. And hear the stories I'm telling. I want the listener to find comfort in my music and be able to relate to what I'm saying. Like therapy almost."

Rockie has an unwavering competitive drive that was instilled in him while growing up watching the Chicago Bulls and six-time NBA champion Michael Jordan. "I want to bring home some of that big hardware at the end of the day -- I really want to see Grammys at things like that."

Ultimately Rockie Fresh just wants to connect with his fans and inspire them to simply be themselves. "I want to show them that it's a clean way to stunt out here. You can still be respected by some of the biggest artists in the game and stay true to what you want to do," he says. With The Night I Went To... under his belt, a debut album on the way and the forthcoming release of "MMG Presents: Self Made 4," it's safe to say that the world has just begun to see the takeover of Rockie Fresh.