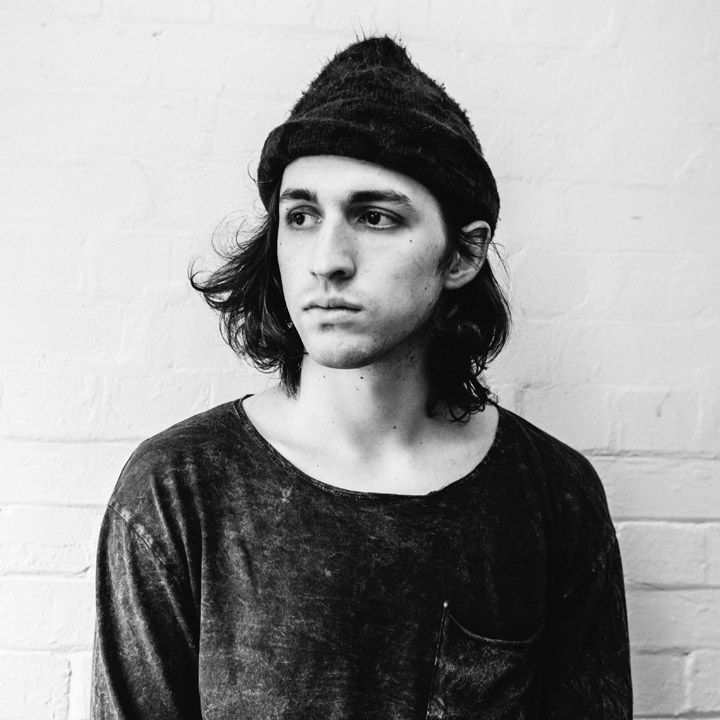 "In a way, for people to fully understand my music, they need to know the narrative of the last six years of my life," says Porter Robinson, of the leap he's made from electro-house producer to genre-busting musician.

That music can be heard on his first studio album, Worlds (Astralwerks/Virgin EMI), a journey through textural synth-pop. It has, at turns, been called "gorgeous" (New York Times), "delightful" (Rolling Stone), and "imaginative" (NPR). And with more than 185 million album streams under his belt, 100,000+ in ticket sales for his 2014 Worlds Live tour, plus triumphant headline appearances across the global festival circuit with his groundbreaking live show; Porter's fans have stood by him in kind. Some, admittedly, more emphatically than others.

"I see people getting tattoos of my logo, my lyrics, my signature now!" Porter marvels. "It's very high praise, for sure. It's not something that you can prepare yourself for." Although Porter dropped Worlds as a confident artistic statement, he honestly wasn't sure if even his most devoted supporters would see his vision. "The praise has been vindicating," he says, relieved. "I expected more resistance from my fans in terms of keeping a certain sound. But they fully embraced this."

What's now come full circle began a few years back, when Porter turned down countless DJ offers to devote himself to introspection and reinvention. "I figured that one way to develop a unique identity as an artist would be to combine all my favorite things in music -- it would result in a collective expression of my taste and experience. Something nobody else has."

"Sea of Voices," for instance, is just that: gauzy, feather-light vocals that float above an ethereal-shoegaze soundscape. That track trickles into the "Years of War," which transfers those levitating vocals onto radiant synth pop propelled by a fuzzy beat. He prolongs that pop euphoria with the anthemic "Lionhearted," which pushes-and-pulls between ambient sighs and power chords, further rewarding the listener with the glitched-out "Fellow Feeling," an avant centerpiece that swells from violin-driven sentiment to industrial static, before settling into palpitating chords.

The collective effect feels almost weightless. However, notes Porter, "making music is so hard for me, because I like subverting the status quo. I get bored easily -- I like new ideas." And, as he would soon learn, laying down those tracks was merely the first phase of his renewed artistry. "The music was meant to be evocative of imagery. The whole theme of the album was this sense of escapism, an homage to imagination." So that's how he's presented it live.

To craft wholly unique stage visuals, Porter started with mood boards and drafted a style bible. "They were videogame and anime-inspired visuals," he says. "Dream-like. I didn't want anything trippy or psychedelic." He recruited ILN (Invisible Light Network) to bring his animated concepts -- much of them hand-drawn -- to life.

The animation process took place over five straight days at Porter's house. (Porter's 12-year-old brother also chipped in a bit, creating three visual looks for the show.) Once animation completed, Porter reached out to friend and video-artist Ghostdad to edited and cut the visuals together in a way that would flow with the live show.

The final piece of the puzzle involved integrating the visual and sonic elements so that Porter could manipulate all the components on stage together in real time.
To do this Porter worked with audio specialist Laura Escudé (a.k.a. Alluxe) -- who's worked with Kanye West, Jay-Z, and Drake -- to help him adapt Worlds to the stage. It was an exhausting, whirlwind experience.

"If I had to do it again, I would've felt a lot more overwhelmed by the live show," he says, laughing. "It was partially because of my naiveté that I was able to undertake something so large." He barely remembers the first show performing Worlds live in Vancouver. "The feeling was, 'Oh my god, I just gotta get through this.'" But by the time he played his worldwide Twitter-trending set at Coachella seven months later, he knew he'd found his footing. "It was a magical moment. It was live-streamed, and everyone on the Internet was watching," he says. "It just felt like a victory lap for the tour and the album."

There's never been anything conventional about Porter's approach to music. The artist's first foray into electronic music came through the arcade-stomping game Dance Dance Revolution. (These days, he's graduated to StepMania, which, yes, he totally dominates.) "Something about the tempo was super-interesting to me."

By age 12, the autodidact started futzing around with beats on his mom's computer. He came into his own in 2010, when he scored a No.1 Beatport hit with his crunchy, twitchy single "Say My Name," which lead to his first gig at a tiny club in Santa Cruz, California. "It was very much baptism by fire because I had never seen a DJ," Porter says of the lack of any discernible scene in Chapel Hill. "I had to more or less do it based on what I had learned on the Internet."

Porter's grassroots following exploded during the release of a successful EP and series of high-profile DJ gigs. Then, in 2012, he scored an iTunes No.1 with the shimmering "Language." Porter found himself touring five days a week, staying at his parents' house when he was in town. "It took me to a place where I wasn't writing music. And I was DJing a lot of other people's music," he says. "I think that helped speed up how sick I got of dance music and all of its tropes."

Making Worlds was an intriguing challenge for him. "A huge part of my work has always been this effortful, expedited self-discovery," Porter says. The first track he recorded for Worlds, the voluminous, ethereal "Divinity Made," was born of his seemingly impossible self-challenge to write a song that was beautiful, loud, yet vintage-sounding. That, in turn, calibrated the overall aesthetic for Worlds, for which he also recruited several relatively unknown vocalists.

He's taken a similar approach for his next release, a track-by-track album of remixes entitled Worlds Retold: It doubles as a platform to show off the skills of his favorite new talent, such as Odesza, Galimatias and Deon Custom.

He's happy to bask in this World for a bit, while he plots a much-intimidating sophomore album. "I feel like I was drunk on inspiration. And I'm really struggling to commit to a new sound or concept," he says, kidding. "The next thing that I do will be in the wheelhouse of Worlds. I have been moving towards something that is fully sincere and authentic and 100 percent me. And I'm always getting closer."