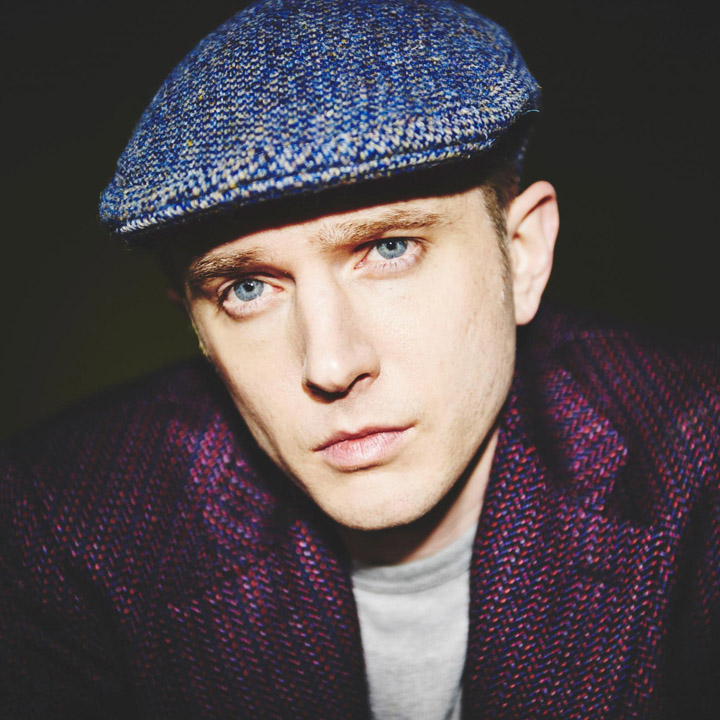 You never forget your first love. For Ben Drew, there was a brief flirtation with the He-Man cartoon character around the age of six, but the plastic figurines were forgotten a year later when he heard Michael Jackson. Ben loved the videos, loved the voice, loved the dancing and the artful blend of soul, funk and pop. "He was my first idol," he smiles. "I was obsessed with Michael Jackson."

Later, there was Ian Wright and Arsenal FC. There was jungle music and hip hop, The Prodigy and punk, and wanting to be a rebel like Johnny Rotten. There was trying to fit in at school and never quite succeeding, then learning to put on a hard front to protect himself: "Growing up in London, you've got to be pretty tough, you've got to let people know that they can't fuck with you."

But a part of Ben always stayed faithful to the soul he'd first heard. He loved listening to classic Motown tunes on the radio, or singing along to cheesy R&B acts like Boyz II Men. "I just found I could sing that stuff naturally, so when I first started writing songs seriously, and teaching myself how to play guitar, it was soul song after soul song. Just pure love songs. I was 14, I'd never been in love, but I had a good understanding of what love might be. And almost every song had the word 'love' in its title!"

Ben wanted to be heard, but no one wanted to listen to a white boy from Forest Gate singing silly love songs. He began to rap, but that didn't fit either: "I went down that whole route of just rapping about myself, saying my name and talking about how great I was -- all that bravado rap. But it was shit. No one cares where Forest Gate is and all that. I don't sell crack, I'm not a pimp -- who's going to be interested?"

Then Eminem came along, and taught him it was OK to be himself, to rap in the voice of a white boy from London's East End. "He was brilliant, he changed the whole game. He didn't just influence white rappers, he influenced everyone. He showed that hip hop that didn't have to be about the rings and the money and the hos."

Rapping and singing in his own accent, playing his guitar, Ben began to tell stories about the world he'd grown up in. Some songs were written from personal experience ('Mama Loves A Crackhead'), but most involved characters he'd invented (like 'Kidz', inspired by the murder of south London schoolboy Damilola Taylor).

"Kidz was the first song that I wrote that was character-based. It wasn't pre-meditated, I heard the beat and it just started coming out. But it felt right. When I'm trying to make a statement in my rap lyrics, I never really pull it off. I'm able to get a message across better when I tell a story. From then on, I wanted every song to be like a different short film."

His raw, incendiary debut album, 'Who Needs Actions When You Got Words' broke new ground for UK hip hop in 2006, a loud, proud, obscenity-riddled scream of anger and pride from the estates of East London. It also led to acting roles, with Ben playing a bad boy from the estates in Noel Clarke's Adulthood in 2008, then another hoodie thug opposite Michael Caine in last year's British thriller Harry Brown.

"I enjoy playing a horrible nasty character!" says Ben. "It's boring being the good guy, and maybe it's also a kind of release. As I've got older and got involved in the music industry, I can't be fighting any more. I had to try and keep things under control. Now the film roles are the only place where I can let go of that anger."

It seems that the Forest Gate kid who shocked the public back in 2006 with the line "I'll stab you in the eye, yo, With a fucking biro, The same fucking biro you just used to sign your giro, You fucking wino" has grown up. "I've calmed down a hell of a lot. I've realised what my issues are. I've had anger management for a year because I kept on getting arrested. Some people still think I'm an angry little estate kid who wants to get people's attention by saying really nasty horrible things but I'm not that and I want people to know that I'm not that. If you went and saw a Martin Scorsese film and it was exactly the same as his last film you'd be like, 'what the fuck was the point in that?'. I'm a director but I'm choosing to do my films through music -- a film for the blind. Just close your eyes listen to the story."

His involvement in the film Harry Brown also gave Ben his first top 10 hit in the shape of 'End Credits', a collaboration with drum'n'bass duo Chase and Status recorded for the film's soundtrack. When it came to working on his own follow-up album, however, the soul he'd put aside kept bubbling back up. It started with the sweet, sexy 'Love Goes Down'. "That song just happened organically. It was just me sitting down at home, playing a couple of chords and making love to the music. All the lyrics are basically pillow talk -- chatting up the music, basically."

He enjoyed playing the song with his band at sound-checks when they were on tour, but didn't think it could work for Plan B. "I thought someone like Craig David could use it, maybe." But the soul songs kept coming, and the film that began to plot itself out in his head was a full-length feature this time. Finally -- thankfully -- he gave in to it, recording songs which tell the story of Strickland Banks, a sharp-suited British soul singer who finds fame with bitter-sweet love songs like 'Love Goes Down' and 'Writing's On The Wall' but loses everything when he ends up in prison for a crime he didn't commit. It's as if Marvin Gaye went from his early Motown love songs to 'What's Goin' On' in just one album, then had it all remixed by London grime artists.

"He's a version of me, an alter-ego," says Ben of his creation. "Strickland is my age -- 26. He looks like me, and he's from the East End. But he's a bit more on the sensitive side, whereas Plan B is quite dark. He's a chance for me to not have to be so serious, to go with my love of soul music. It was about creating a character that I could destroy, as well. So that I could still do my whole storytelling thing."

"This guy Strickland Banks is obsessed with the 60s and dresses like he's a Motown star, so if I came on stage wearing a hood it would confuse people. When I come on stage as Strickland Banks I am going to be suited and booted. Every motherfucker in my band is going to be wearing trilbies. This is a film man. It's all entertainment. It's allowing me to have some fun. Don't get me wrong, I'm going to rap for as long as I can rap. I'm going to rap until someone goes, 'Oi! Mate, give it a rest' But singing soul just feels the right thing to do now. This is who I am."

'The Defamation of Strickland Banks' is the sound of Motown, Stax and obscure Northern Soul, filtered through the grit of contemporary East London. It is Smokey Robinson miraculously fused with Eminem. It's an urban fairytale, the story of a man who finds success hard to handle and then hits rock bottom. A sweet soul morsel with a razor-sharp edge.

Most of us will enjoy it for what it is: a collection of great tunes with soulful pop hooks, sung with the voice of an angel -Plan B once more twisting genres, telling stories and defying expectations.

"I enjoyed every minute of making this record," declares Ben. "I wanted to stay true to the heart and soul of the music, but give it a little bit of a makeover. In Britain, we do it in our own way. A lot of people still think I'm some ignorant little ASBO kid off a council estate. I think they'll be shocked that I can actually sing. And write pretty cool songs."

Since its release in April 'The Defamation of Strickland Banks' has propelled Ben Drew from a Forest Gate kid to a Bona-fide modern day soul star. His show stopping long player has hit the number 1 spot twice and sold in excess of 300,000. His upcoming October tour that includes two sold out shows at Brixton Academy.

The transformation is complete and the results speak for themselves.