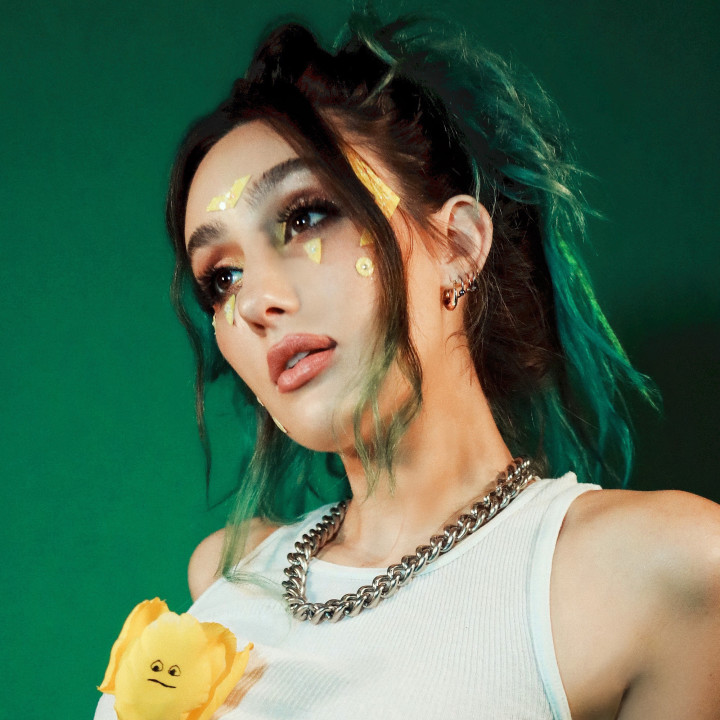 Since her debut as a featured artist on on G-Eazy's single, "Just Friends" alt pop artist and songwriter Phem has been steadily cultivating a loyal, worldwide fan base. Recognized by Billboard Magazine as an up-and-coming queer and genre-blending artists, she has continued to live up to her reputation as a both a rule breaker and a tastemaker. Through hard work and magic, her organic rise has been powered by creating meaningful relationships and building communities in real life and online  making friends with fellow artists and fans alike. Her extensive list of collaborations includes tracks with Machine Gun Kelly, Iann Dior, Gabriel Black, Lil Tracy, Tyler Posey, Grandson, The Hunna, & Alison Wonderland amongst others. Behind the scenes she has been accumulating writing credits for both established and promising new artists including Jxdn, Lil Huddy, Royal and the Serpent, Palaye Royale, and The Used,  alongside writers and producers such as Taz Taylor, John Feldmann, Chris Greatti & Travis Barker.  Phem has been carefully curating her sound and further cementing her identity amongst the industry. Her fan base continues to grow as many “phemily” members have adorned themselves with her ‘4evr’ tattoos, & fanatical discord server continues to grow daily. This fall sees her releasing new singles, led by the dark and hook fillled “Flowers,” as well as appearing as a featured artist on tracks by two legends: Steve Aoki and Rage Against the Machine’s Tom Morello.