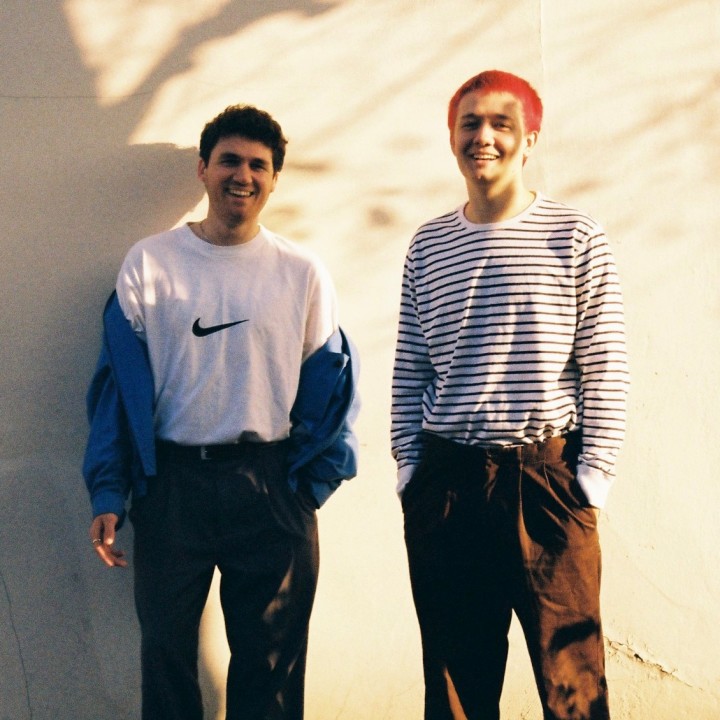 Few artists can thank a petty scrap outside a club for the creative spark for their music, but for Petrie - it might have been divine intervention. The alt-pop duo, comprised of George and Better Laurence were working on their first bit of music in Laurie’s garage in the summer of 2015 - the tune was there, but the lyrics were still some way off. “We went to go pick up some friends of ours at a club in Brighton” vocalist George explains and that soon after a fight broke out, with the pair trying to protect their friends. Nothing too serious, thankfully, but that incident inadvertently sparked a brainwave when they got back to the studio. “Lyrically, our stuff is very much based on that event. So that was the start of Petrie really, and all it took was a stiletto around the head!”

By that event, they don’t mean fighting - but club culture in general. Something that they frequently talk about in their songs - including on ‘Slurs’, a slice of whomping electronica with subtle lyrical observations on male aggression and entitlement in clubs. “Some of it is a little snark at club culture” Better Laurence one half of the duo explains. “We do go to these places, but we come out feeling like an observer. We’re writing club music from a completely different sense.”

Their beginnings were a long way from the club, though. Both grew up in Hertfordshire, playing in separate local rock bands, but they say the time they had away from making music together built up their friendship and bond. “I’m glad we had that time together not making music, we were just bonding and experiencing the world,” says George, “It was only when we tried writing a song together it was like ‘fuck this is what we should be doing’”.

With the bond established, the London-based pair soon found their groove when they hit the studio - with both being involved at every stage, from writing to mastering. It’s a fully joint effort. Soon they drew upon mutual key influences like Frank Ocean, J Dilla and D’Angelo to craft their debut EP, which features ‘To Swim’, a complex tale of youth’s wasted talents set to glitchy electronics and George’s smooth vocals, and genre-bending indie/dance hybrid ‘Glue’. Though that doesn’t mean that it all comes without a hitch. “We work so well because we tell each other we’re shit and it's fine” says George, “we’ve been down so many different paths to find our sound, so now we know exactly what works for us as a pair”.

With their debut EP Slurs out now, they’re now excited to translate the recordings into an intense and passionate live show with their friend and backing vocalist Jess. “It's a very thrilling experience - we try to evoke that raw emotion of going to see a live rock band as well.”

But they’re already looking beyond that, and to the top. Another single 'Late Night' has just been released and features co-production by famed Atlanta trap producer The Honorable C.N.O.T.E (A$AP Rocky, Migos, Future), who took a liking to their beats at a chance meeting in the studio.

It's not hard to imagine the pair becoming the new pop overlords. “We love pop music, but there’s a lot of bad stuff in the charts right now” Better Laurence explains. “We want to write that one pop classic, and I think we can do it.”

Fighting talk indeed, but if anyone is primed to do it in 2017 – it’s Petrie.