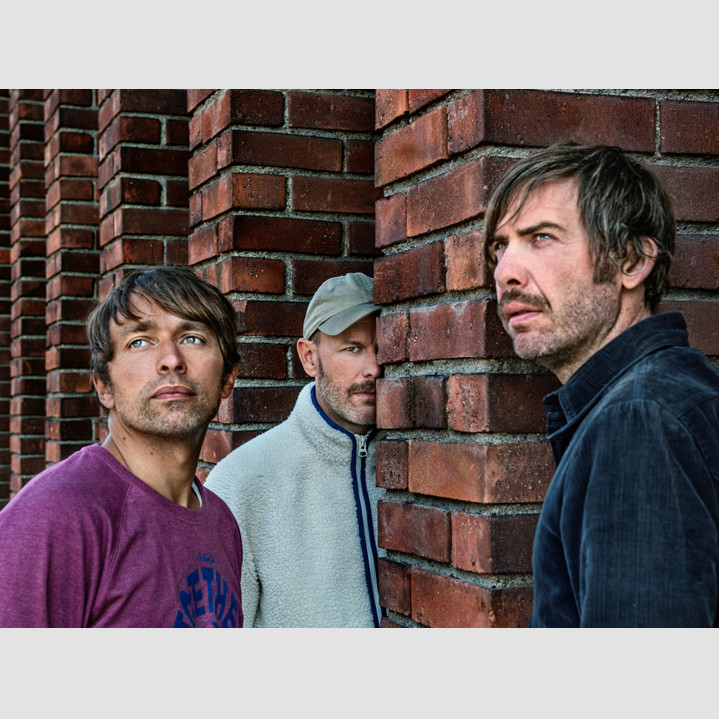 It's hard to survive in the music business, but Peter Bjorn and John have done that and then some. The Swedish indie-pop trio have been triumphing via their pitch-perfect alchemy of varying sounds and styles for two decades now, and their ninth album Endless Dream is but the latest proof of the unique creative chemistry that Peter Morén, Björn Yttling, and John Eriksson have successfully worked with for so long. Every PB&J album sounds like falling in love with music for the first time, and the deceptively light confections contained on Endless Dream is the trio's latest romance.

PB&J's history dates back to Morén meeting Yttling in high school, as the two dipped in and out of bands with others before deciding to get serious on their own. After auditioning for drummers, the pair discovered Eriksson in an unlikely bit of luck: "We never thought John would fit the bill because he was a classical percussionist," Morén remembers. "But we started seeing him at Sebadoh and Elliott Smith shows, so we thought maybe he was into pop music as well."

The trio's first album, 2002's self-titled debut, was made on the cheap in their apartments with cracked production software that Yttling had acquired: "The recording was pretty quick. We didn't have any money at all," Morén recalls. "It was a very creative and fun period, with no pressure from anyone." 2004's Falling Out was a bit of a more considered affair, including studio time logged with the Hives' producer Pelle Gunnerfeldt. "We were very proud of that album," Morén states when recalling the band's sophomore album. "It felt more mature, and it's still close to my heart."

Regardless, the trials and tribulations of navigating the music industry as young adults forced PB&J to consider throwing in the towel -- but instead, they headed into Yttling's studio to experiment for what would become 2007's smash Writer's Block, which featured the global hit "Young Folks." "It was a natural progression," Morén recalls. "We talked more about production and arrangement, playing around with different textures." For the first time, Eriksson contributed songwriting, and all three members sang throughout; after V2 and Wichita picked up the album, it took off, and an instance of performing on late night TV in the U.S. was when, in Morén's words, "The coin dropped and we realized that something was happening here. It was totally unexpected."

"After touring for a long time, we hadn't been much in the studio for a few years," Yttling explains, "So we had to get back into that mindset." As real-deal artistic spirits, PB&J followed up Writer's Block with an astounding left turn in the form of Seaside Rock, an instrumental album that doubled as a tribute to their home country. "It says a lot about our twistedness that we decided to make this weird instrumental album about our hometown," Eriksson recalls with a chuckle. "Our manager was ripping out his hair. But it was one of the only times the whole band had agreed on doing something." The proper pop follow-up to Writer's Block, the darkly shaded Living Thing, came soon thereafter. "We needed to show people that we could still make pop music," Eriksson recalls. "But we still experimented with sound a lot on that album."

With Living Thing came a once-in-a-lifetime opportunity to open for pop greats Depeche Mode, and in between these massive gigs PB&J engaged in a spate of smaller, intimate club dates -- a back-tobasics approach that led to the creation of Gimme Some. "It dawned on us that we were really good as a power trio, which is a dynamic that's not so common to have," Eriksson explains. "For that album, we really wanted to focus on the three of us playing guitar, bass, and drums." The full-band intensity of Gimme Some turned out to be a blessing and a curse, as Eriksson suffered a shoulder injury during performances that resulted in cancelled tour dates.

After some time off to recuperate, the trio headed back into the studio to make Breakin' Point. "We had this idea of making our ultimate pop album -- of making clear, proper pop songs under four minutes, no slow ballads or fast punk songs," Morén recalls, and the trio enlisted pop songwriting heavyweights ranging from Patrik Berger to Greg Kurstin to assist. "We came back from touring Gimme Some and were interested in classic songwriting, so we approached some people that we knew and respected," Yttling explains while discussing the trio's artistic approach.

The trio's eighth album, Darker Days, was a thematically grim affair that addressed the state of the world through various lenses ("For the first time, we had the title before we started making the songs," explains Eriksson, "Everyone wrote songs around that theme"), and the sparkling, airy indiepop of Endless Dream is that album's thematic successor.

"It's the light to the darkness -- the day to the night," Morén explains, elaborating that PB&J picked up right where they left off from Darker Days. "I find it inspiring when you're in a process of recording and not thinking too much about making grand statements instead of continuing to write more songs. We were in a good place after Darker Days, so we continued in a similar way." "We realized we wanted to cut the crap, so we rehearsed songs in the same room and recorded together," Yttling states while explaining the creative process behind the new album. "For post-production, every guy was on his own taking care of his baby -- and then we came back and had our baby together."

"This time the tone is bright. It's about people trying to find colors in this dark world," Eriksson continues. "A lot of the lyrics are about lost European men with fucked-up senses -- experiencing transformation and trying to find themselves, or something that makes them tick." The Morénpenned "Reason to be Reasonable" is a classic relationship parable with the easily identifiable PB&J sway: "I was aiming for a classic power-pop song with an updated PB&J twist. It's about when you've been in a relationship for a really long time, and you feel like it's worth fighting for through the ups and downs. That can be applied to the band, too -- a really long thing that keeps on giving."

And first single "Rusty Nail," with its Yttling-penned glowing chorus and blocky percussive hits, draws inspiration from a Swedish kids song. "You trade toys, and if you get the rusty nail instead of the teddy bear, it's not so fun," Yttling chuckles. "When you're younger, you want to get into making music but you don't know what it is. The more you know, the less you know, and the harder it is. It might sound like whining, but that's what it feels like when you're making music sometimes."

Indeed, with Endless Dream Peter Bjorn & John find themselves reflecting on the long journey they've taken together -- what they've been through, where they are now, and where they'll be next. "It's astonishing we're still around," Morén reflects on the trio's creative relationship. "People around us say that we don't act like friends -- we act like brothers. It can be very creative, and we're nicer to each other than when we used to be." "This album's filled with various types of madness, and to have a band for 20 years is a type of madness itself," Eriksson continues. "There's a lot of stuff we've just gotten started with. You never know when you're gonna hit gold, and you're never finished -- so you just need to keep going."