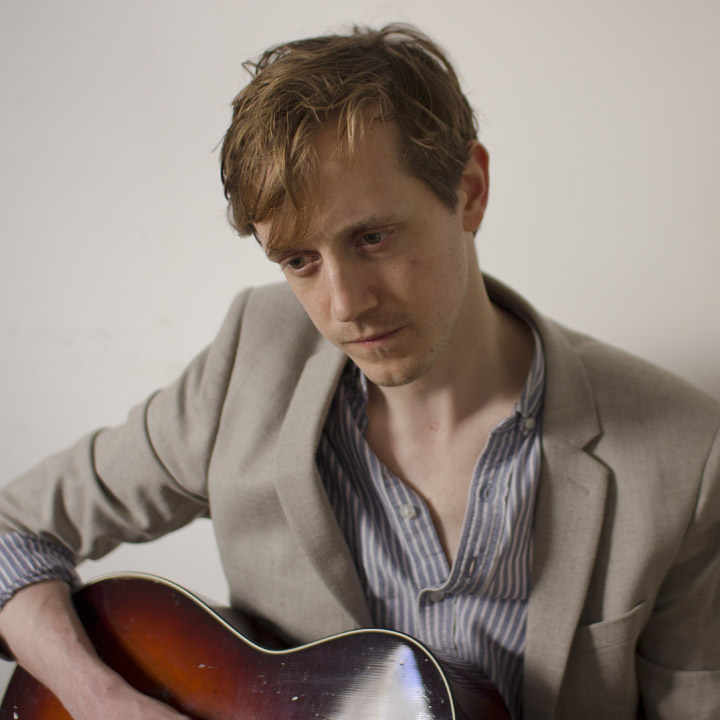 Formerly of hard-touring folk rock band Dry the River (who split in 2015), Peter Liddle has done a lot since the band announced their end. He moved to Bristol, went to law school, spent some time in Barcelona and Brussels, got a job, relocated back to London and crafted a solo album, Casual Labour. Today, he’s in the best place he’s been in the last ten years:

“I always assumed that being in a tumultuous situation was good for trying to be creative, but I’m not sure it works that way for me,” the 31-year old singer-songwriter says. “When I was younger, I thought you wrote about the big events and huge milestones in your life - that you need emotional peaks and troughs to inspire you, but just participating in daily life is much more inspiring for me. It's been a nice journey, discovering that.”

With no set musical goals, Peter wrote songs in his spare time in a box room - an ex-butler’s quarters the width of his arms outstretched - while studying law. Recording demos, with vocals mostly done in the early hours after late nights out, he compiled 11 or 12 songs before realising it might be time to make a record. With everything written ahead of time, there was very little reason to make life harder than it had to be. “The record has been characterised by it being a really easy process,” he says, shedding light on the album’s title.

He assembled a gang of his musical friends, including several from the Dry the River family (bassist Scott Miller, keys player Patrick Pearson, string-player Will Harvey and singer/songwriter  Matthew Reynolds, formerly the band's guitar tech and "spiritual advisor") and brought them to Plymouth with Pete Miles in the producer’s chair. “It was comforting to have those guys around me and to play songs together, that sense of camaraderie. Everyone got invested in it in their own way. It almost didn't feel like making a record - we just sat around, chatted, caught up and drank tea.”

Completed in five days, the making of Casual Labour was an open exchange of ideas, unrestricted by a vision of what the record should sound like. “I think trying to build a framework and then putting something creative into it is really challenging. Now I’ve realised it’s best to not begin with an end product in mind.”

Casual Labour is characterised by that organic approach. Largely led by acoustic picking and Peter’s distinctive vocals (- he used the original late-night takes from his bedroom demos), Peter’s predilection for a more cinematic sound benefitted from his friends’ expertise. ‘Excalibur’ has a slow mariachi feel with horns and strings evoking Morricone film scores. Will Harvey arranged and played all the strings on the album, using them to emphasise or offset the simple,  holy melodies on songs like 'Biltmore Hotel' without becoming overbearing. At the other end of the spectrum, ‘Uncanny Valley’ is a full-band arrangement with spidery electric guitars, driving rhythms and Peter’s lilting lyricism sliding together as if they’ve never been apart for any length of time.

“I think the kinds of fairly sparse melodies I write tend to lend themselves to being mirrored in those sorts of sounds,” he says about the brass  on the album (arranged and played by composer and performer Simon Dobson) "They were very present on a lot of the records I grew up with. My mum would have me listening to Graceland and Leonard Cohen, Townes Van Zandt... I love that (horns) can be brash and bold and really uplifting, or they can be soft and soothing like a silver band. I really like the textural range of the instruments, and how uncool they seem when you're a kid. As far as strings go, I guess my first proper encounter was hearing Funeral by Arcade Fire - strings on indie music just seemed like an obviously good idea after that."

Speaking of his lyric-writing, Peter reveals that he has been on a quest to move away from the complicated structures of his earlier music toward the relaxed conversational style he admires in artists like Kurt Vile and Julia Jacklin. “The ethos of this record was if it’s really difficult, you’re not doing it right. If you’re having to push hard against something it’s probably not working. It was finding the path of least resistance.”

For all the relaxed posture, PD Liddle’s first solo album is theatrical in scope, from its spectral sonics and haunting melodies to its close personal narratives. For all the lack of pressure on having to make a living from music, it admits its desire to be heard and understood by listeners. For all it's honest simplicity, it wrestles with complex obstacles and ideas. As far as Peter is concerned, “It’s the consequence of not trying to force a certain outcome... just what PD Liddle songs sound like I guess.”