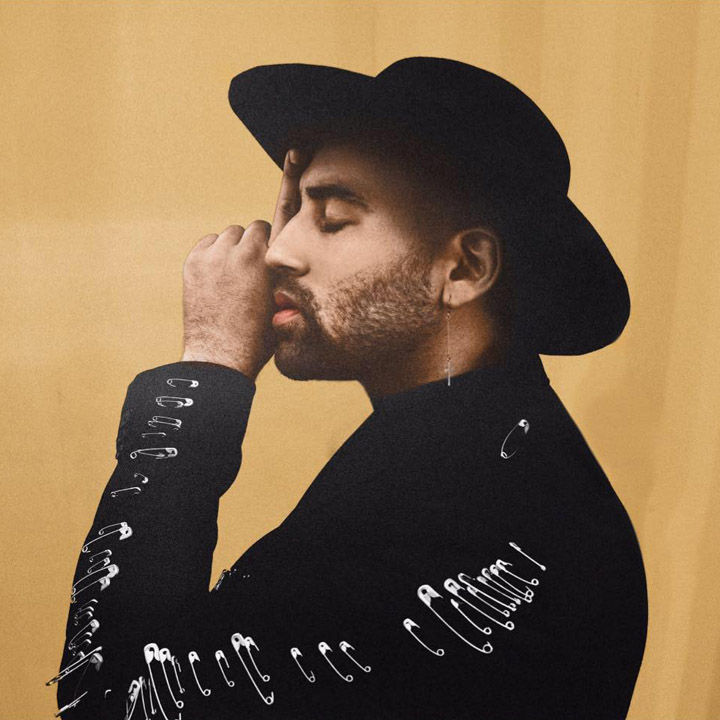 Music often doubles as a light at the end of the tunnel. It uplifts us when we need it the most, enabling artists to effect lasting change. With his cathedral-size vocal range, confessional lyricism, sharp sense of soul, and pop ambition, South Carolina-born and Los Angeles-based platinum-certified singer and songwriter Parson James transmutes trials and tribulations into inspiration. This transformative approach speaks to his deep empathy and potential to incite a positive impact.

“I’ve always been the type of artist to highlight life’s difficulties, troubles, and hardships through the songs, but I always find my way to other side,” he exclaims. “In my music, I want to highlight that no matter how dark a situation is, there’s always an exit.”

He’s living proof. Parson’s personal journey could be worthy of a novel or screenplay in and of itself. Born to an African American father and Caucasian teen mom in poverty, the music of Otis Redding, Bill Withers, Johnny Cash, and Elvis Presley became something of a refuge throughout his childhood. Galvanized by his passion, he wholeheartedly pursued a career in music at just 17-years-old, honing his chops via gigs anywhere and everywhere and recording whenever possible.

Four years of grinding later, he landed a major hit by teaming up with Kygo for “Stole The Show” in 2015. Not only did the song go on to earn an RIAA platinum certification, but it also clocked half-a-billion Spotify streams as he joined Kygo to perform the tune in front of massive audiences worldwide. 2016 saw him unveil his solo debut EP, The Temple, which spawned fan favorites “The Waiting Game” and “Slow Dance With The Devil.” Enduring the breakup of his “first-ever real relationship” and stagnant with his record label, Parson yearned for change by 2017. So, he moved to Los Angeles, enlisted a new team, and left the label, embracing his freedom.

“After the relationship ended, I moved to Los Angeles and changed everything,” he admits. “As a result, my music shifted. Subject matter widened. I used the first EP as a therapy session for myself, because I was never able to talk about so many of those things since I was in the closet and terrified to speak up. However, it was just scratching the surface. I dove into writing. The music has the same energy and joyous elements, but it explores a wider range of topics and experience. I’ve grown up.”

He also capitalized on the opportunity to give back. A staunch and outspoken advocate for the LGBTQ community, he supported organizations such as LOVE LOUD, GLAAD, Trevor Project, and more. His participation spanned everything from speaking on panels to performing at the sold out 2018 LOVE LOUD Festival in Salt Lake City, UT.

“I’m using my platform to be somewhat of an activist,” he elaborates. “I always talked about this stuff, but it felt amazing to finally start doing it. My music has always been self-celebratory, but I started to back it up. It’s really fulfilling to meet different people and hear the struggles all over the spectrum. It’s already influenced my music.”

Songs like “Worthy” illuminate his evolution. Over slow burning production punctuated by sparse and subtle electronics, his bluesy timbre takes center stage on the verses. He charges up the hook, “I’m just trying to feel worthy,” with hard-earned confidence and charisma.

“I was in the midst of all those changes,” he elaborates. “I started to get pretty insecure about my abilities to write, and I was scared to get back into the studio. During a conversation with somebody, I realized it all comes down to worth. I said those words aloud, ‘I’m just trying to feel worthy’. It’s simple. It’s all about self-worth, failed love, lonely adjustments, and trying to find my way out of dark holes.”

In the end, that’s what all of his music does and why it will resonate for a long time to come.

“There’s always a light at the end of the tunnel,” he leaves off. “When you listen to me, I hope you feel a little bit better. This is what I’ve always wanted to do. This is my introduction as an artist. I don’t feel like I’ve made my debut. I’m finally making it now.”