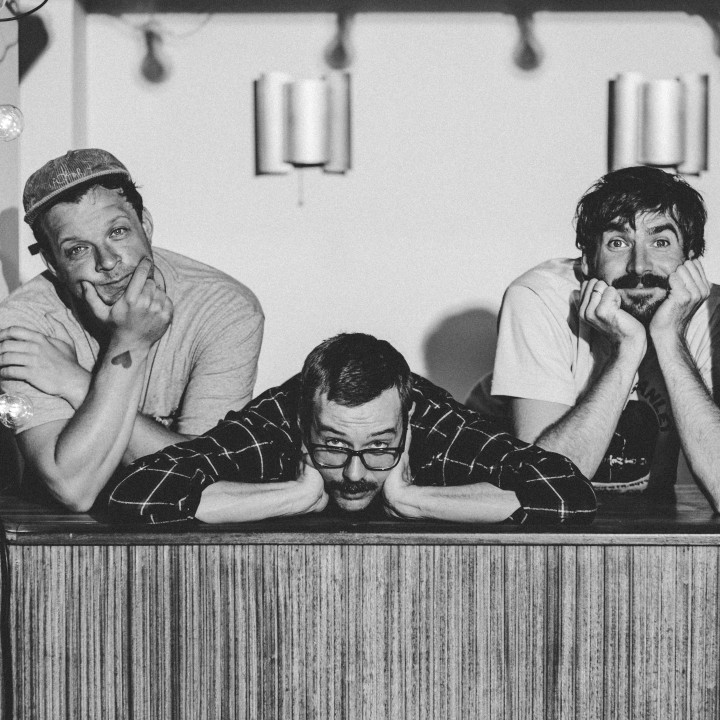 There are some places and moments that tie people together forever, whether it be a place, a song or something you can't quite define through words. The origins of Orions Belte stemmed from one of those mystical moments in time, which spawned a lasting creative connection. Øyvind Blomstrøm (guitar) and Chris Holm (bass) first met while playing in a touring band for another Norwegian artist. During that time, they bonded over their love for instrumental music and began talking about trying their hand at it themselves. After their work as touring band ended, they recruited drummer Kim Åge Furuhaug, one of Holm's longtime friend and collaborators, to join their new project.

The three met in Bergen, located along the west coast of Norway, to start working on ideas and demos. Instead, within just a few days, they ended up recording their entire first album, Mint. From there, the universe propelled them forward, resulting in a record deal, their live debut as a band at Norway's biggest pop festival Øyafestivalen and the release of their debut record all happening within the following year. Mint drew international interest and praise from outlets including Atwood Magazine, who called the record "an eclectic fusion of disparate styles and exciting sounds that says what it wants to say through memorable melodies, ambient drones, and a stockpile of wicked guitar riffs."

Amidst the unexpected chaos of 2020, Orions Belte kept the music flowing. They released another EP of inspired and experimental music, once again pushing the boundaries of what "instrumental music" can be. 600m per minute takes its name from an elevator in Tokyo, Japan that can transport 40 people at time at a maximum speed of 600 meters per minute. The supercharged, slightly nervous energy that the invention often evokes is mirrored in the EP's rocking title track, while "Orbit" brings a funky, worldly feel with a rhythm that urges you to move.

Now, the trio is back with a new album that explores new creative and aural depths. Villa Amorini boasts the energy of a busy downtown sidewalk, with instruments intricately layered to draw you in and leave you wondering where it will lead.

"It is certainly a bit darker and has a different vibe than Mint," Blomstrøm says. "Where the first album sounded like a breezy vacation at a lush resort with palm trees all around, this album might sound more like big city night life and chaotic afterparties."

Named after a Bergen restaurant owned by Holm's family, which also became a hotspot in the 90s for live music and long nights, Villa Amorini is what the band calls "a homage to an era of loud music, club nights, ugly shirts and long afterparties."

"We feel like we have a really strong connection between us," Blomstrøm says. "That's why we can write stuff on the fly and record whole songs in one take and use all the parts from all three of us."

The dreamy pedal steel and gliding electric guitar of "Dearest" evoke the feeling of longing that comes when separated from loved ones back home. "Conversations" elevates the melodic accompaniment of breakthrough Norweigian talent Shikoswe, who provides an unforgettable guest appearance.

Through each track of Villa Amorini, Orions Belte create soundscapes that pull you in and draw out emotions in ways that only they know how.

Villa Amorini was a streaming success straight out of the gates and has also made waves from Scandinavia to Mexico. Only a short three weeks after the album release, the band released a Lagniappe Sessions EP in collaboration with the popular blog Aquarium Drunkard. Featuring covers of artists as diverse as Mac Miller and Danzig, the release further heightened the band’s profile. Still not done, they also released a live album The Scenic Route, taken from their streaming tour of spectacular spots. From mountaintops to outside of local cider breweries, the tour showcased the unique Norwegian nature and scenery, as well as the band’s musical proficiency.

Look out for even more music from Orions Belte as they start releasing music from three upcoming solo albums – one by each member.