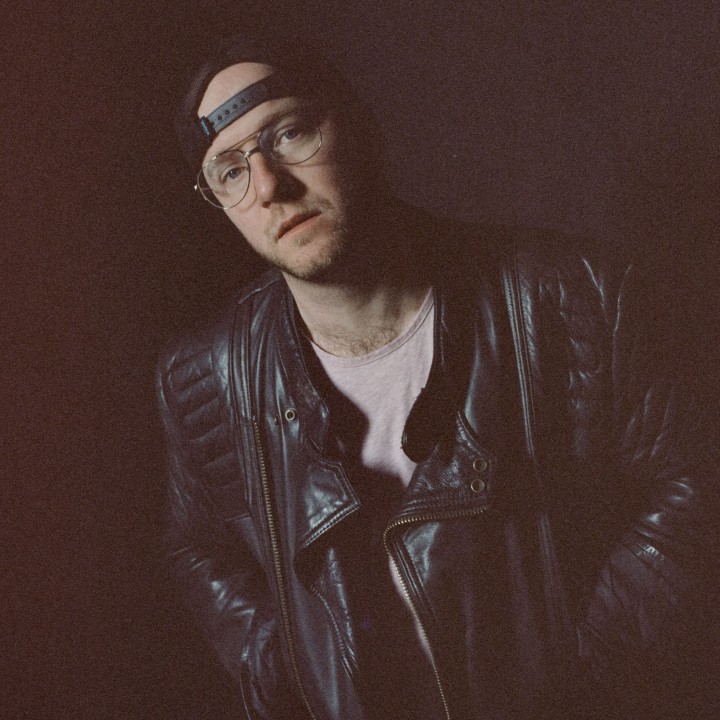 "I wanted to write about the real world, I didn't want it to be an artistic, poised, tasteful record," says Tom Fleming of his first solo album, released under the name One True Pairing; "I wanted this to be a rock album, a protest vote against the field of good taste. One True Pairing is a name taken from internet fan fiction, where you write the perfect relationship you always wished existed. The idea of Prince Charming and Helpless Princess living happily after is no fun at all." The former Wild Beasts songwriter, vocalist and multi-instrumentalist is back with a self-titled debut that's shaped by class frustration and self-despair. In its 11 songs of discordant guitar and aggressive synth Fleming channels his discontent with Britain in 2019 and a "feeling of directionless rage and cheatedness which hasn't gone away."

Fleming recalls the end of Wild Beasts at their final gig at Hammersmith Apollo in February 2018 as something of a reality check, coinciding with serious health issues and money trouble. "I felt numb and spent a couple of days in the pub afterwards, to continue that numbness," he reflects; "I felt good about it in the fullness of time, but it wasn't a particularly nice period, though I'm proud of what we did and it was as amicable as breakups get." It was only after a long period of adjustment that he found the spirit to work out what to do next. "I never write anything unless I think people are going to hear it, I'm not one of these people who sits around at home making tracks on Ableton all day -- I have to have pressure and feel like somebody cares," Fleming explains. "I wish I had more of a sense of honest labour, but there's a quicksilverness to it -- I would like to present myself as a working man's artist, but there's a sense that it happens when it happens." As the turmoil in Fleming's life after the end of the band that he'd been part of for all his adult life receded, things started to change. "Once the fog cleared, I realised that this is fuel, it's going on the furnace," he says. The first demos Fleming sent to Laurence Bell of Domino were one microphone, acoustic guitar and shouting, laid down on the same four track cassette recorder he used to first make music as a teenager. "It was really raw," he says of this desire to connect with his youthful self, "I felt that I wanted it to have a directness and a tastelessness to it."

His musical touchstones were Bruce Springsteen, Don Henley, Tom Petty and Def Leppard -- "big rock songs, but as it went on it started to be Depeche Mode and noisier stuff, along with Swans and Bonnie Prince Billy and the kids making hip hop, using a kick drum, a high hat and that's it -- it's production, it's electronic music, but it's as small as you can make it." The record was fleshed out down in the Sussex studio of Ben Hillier, who contributed drums and modular synth to the album. "I didn't want a roll call of guests, I wanted it to be 'no I can do this,' for the synths to be cutting, digital, nasty. I really didn't want to make a singer-songwriter record -- there's nothing less interesting than a bald guy with a hat on and an acoustic guitar. This is my sub-Reddit for all the romance and hope and rage and failure and hard-won victory I've seen and continue to see."

This seething blend of difficult emotions is explored in One True Pairing's palette of taut and clipped guitar that flickers between New Wave and even at times 80s MOR titans Dire Straits, looming synths, trickling melodies. Above it all Fleming's voice, ranging from haunting despair to croon like a Yorkshire Scott Walker, is at its best of his career, giving life to "the angry northern Springsteen record that I'd always wanted to make." He says that "I want to be obvious in what I'm saying -- it's neo-heartland rock." These "heartlands" are the moors above Bradford or Cumbernauld, "places where people live their whole lives and do these things and succeed and fail." Within this there's a continuation of the exploration of masculinity that made Wild Beasts so unique. "There's a despair about it, being shown images of masculinity that either you're expected to be, or people assume you are. Even in today's environment you get these reflections at you." Other big themes of the album are heard in 'Zero Summer,' an exploration of the gravity of expectations on masculinity, and in tracks like 'King Of The Rats,' repeated patterns of behaviour. As was the case in Wild Beasts, Fleming continues to wrestle with the complexities of male identity, looking critically back over his own life as he does so. "I always get very annoyed with things that come from the position of observer," he says. "I want it to be from the place it purports to be from." The characters in his songs are exaggerations of people who he grew up alongside, or himself, and how it feels to try and discover a sense of yourself within masculinity in a small northern town. 'Weapons,' for instance, "is about male violence and how you're marinated in it, from shit role models, hopelessness, fighting, even porn; all this contributes to a sense of who you should be." Then there's the sense that he's always had, that even as a musician, he'd never be welcome in the middle-class world of the arts, as reflected in 'Elite Companion.'

But as well as being deeply personal, One True Pairing has a wider political resonance. "This country is going through a terrible moment and if you listen to the art nobody seems to give a shit," Fleming says emphatically. He believes that class is entirely discounted from the current conversation about inclusivity and privilege, "which is why working-class men are so angry." In this and through his lyricism, "Brexit looms large, why people voted for it, the Left's response -- it's been a very depressing episode and nobody has written about it adequately. It suddenly gave people a chance to talk about these divisions that they'd never had before." He still sees prejudice tolerated and encouraged everywhere, fuelled largely by stereotyping and wilful blindness. "Look at me, I'm the lumpen feckless proletariat -- that's what we're telling people? Fuck. I'm on their side, deep down, that's what it comes down to, I'm on the side of those getting shit on. That's what I'm writing about, from that perspective. I know what it feels like to get patronised and shoved into a corner too, and I am far from unique."