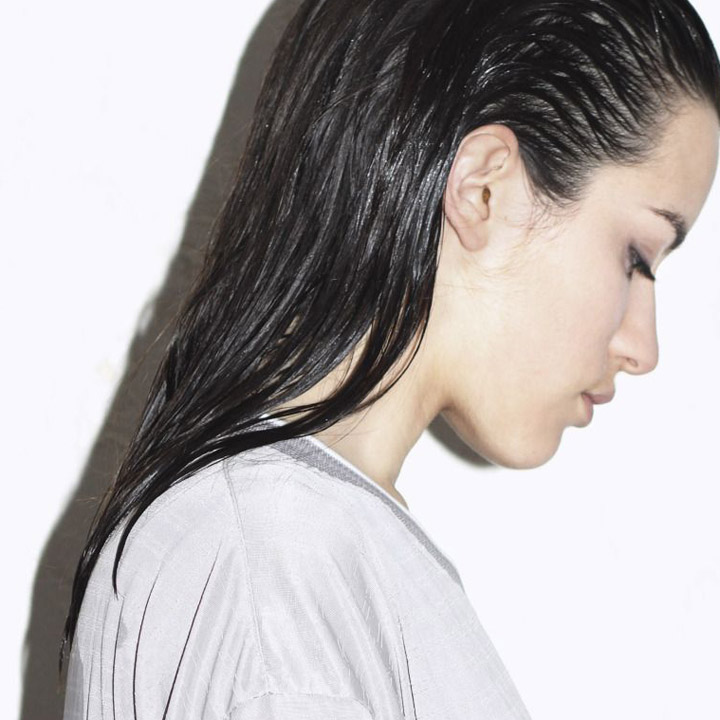 Marylou Mayniel - aka Oklou - is a French producer, vocalist and composer currently based in London.

The Rite of May is written by Mayniel herself and is her most pop-orientated work to date. The tracks range from the beautiful intimacy of ‘Samuel’ to the expansive club-pop track ‘They Can’t Hear Me’, led throughout by her vocals. The EP was developed with Parisian engineer and producer Krampf over a period of several months, with additional input from Bok Bok (Kelela, Night Slugs), Rodiah McDonald (the xx, Sampha) and Sega Bodega.

She grew up in the countryside of west France, and was first exposed to music through a classical education for piano and cello. She subsequently learnt to produce electronic music on her computer, discovering a new digital world of artists fusing visceral production with their own unique voices.

Moving to Paris three years ago, she founded her radio/DJ crew TGAF and began performing her first live shows under the name Oklou. A series of online releases, mixtapes, collaborations, live shows and DJ sets have established her as a key part of the new European electronic underground scene.

This 6 track EP is released on NUXXE, the young London label created by UK artists coucou chloe, Shygirl and Sega Bodega.  The cover art features a close-up of her family’s front room in western France, as a tribute to memories and lifestyles that inspired her to write The Rite of May.