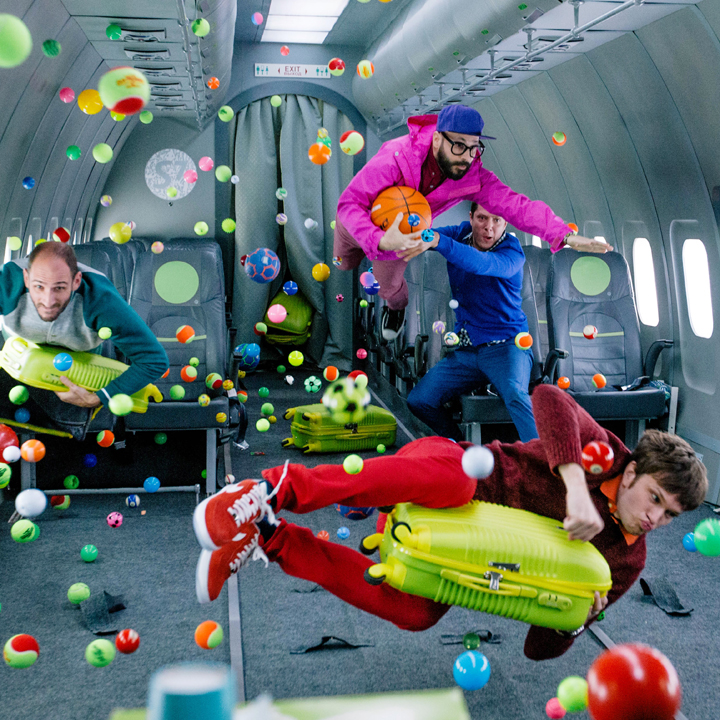 Since forming in 1998, OK Go have become known as much for their elaborate music videos as for the smart, melodic pop songs they accompany. When their 2006 dance on treadmills went viral, helping fuel the explosion of the fledgling YouTube, the band leaned in, embraced the dissolution of creative boundaries in the digital era, and followed up with a decade of wildly creative, genre-defying videos that have earned over 300 million views and get shown in art museums more often than on MTV.

Finding success so far beyond the borders of the traditional music industry changed how the band thought about what they make. Lead singer Damian Kulash, who directs the videos, says, "We grew up in an era when musicians and filmmakers made very different products. Now, of course, both groups make ones and zeroes, usually for the same platform. It's true for artists and performers of every stripe, as well as journalists, and politicians, and well... pretty much everyone. We noticed this shift earlier than most musicians because the surprise success of our homemade videos in 2005 and 2006. We went from 'the band with that particular sound' to 'the band with those particular creative ideas.' That's small shift in perception, but it allowed for a big shift in how we spent our creative energy. It really drove home the idea that we're better off chasing inspiration wherever it leads than we are trying to predict where it'll land."

Accordingly, the band's accomplishments are all over the map, ranging well beyond their Grammy or the million records they've sold. They've penned op-eds for The New York Times, The Washington Post, The Wall Street Journal, and Rolling Stone, they've testified before the US Congress on Net Neutrality, and they recently founded an educational nonprofit, OKGoSandbox.org which provides free resources to teachers. They've collaborated with everyone from Google to The Muppets and worked with Microsoft biochemists to encode their work in strands of DNA. Their TED Talk is among the most shared, and their VR music writing experience "Lambchild Superstar," will be out later this year. They've earned 21 Cannes Lions, 3 VMA's, two Webby's and The Smithsonian Ingenuity Award. They live and work in Los Angeles.