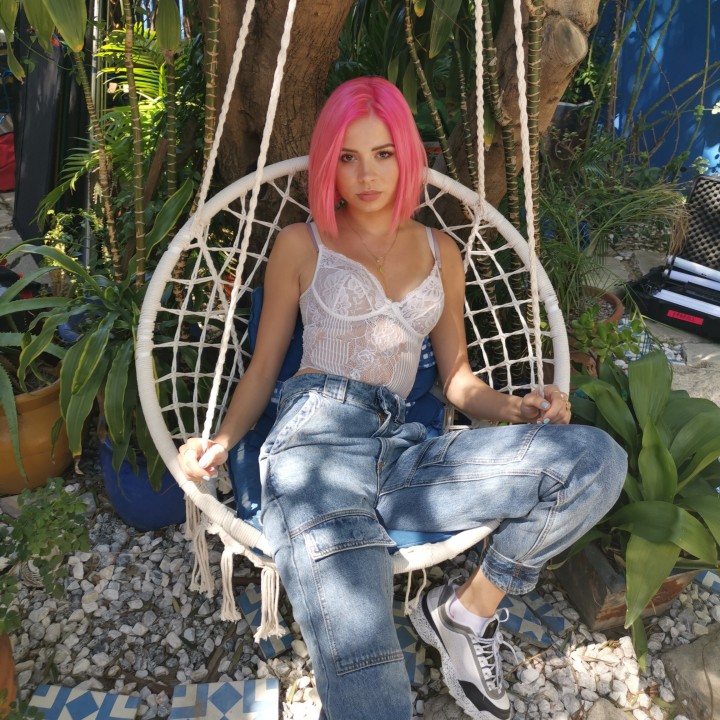 "I've grown up. I feel like that's the main thing." The Nina Nesbitt of 2019 is not like the Nina Nesbitt of 2013, the one who arrived as if from nowhere in 2012 and scored a UK top 15 album with Peroxide in early 2014. While the first album zipped past in a flash, things falling into place at an alarming speed almost outside of her control, this new Nina Nesbitt, now 24, is in charge of everything. All of it. An independent artist in all variations of that phrase, this is the sound of a singer-songwriter comfortable in their own skin. "I'm so proud of this album," she beams talking about new album 'The Sun Will Come Up, The Seasons Will Change.' "I feel like I've made the record I've always wanted to make."

Born in a little village outside Edinburgh, Nesbitt's musical education was a long and constantly evolving one. Fully immersed in chart pop thanks to her Swedish mother -- think lots of ABBA, Britney, Christina, Whitney -- that was then mixed later with the more outré leanings of her father, specifically Brian Eno. Closeted in her little village, it took her friends to break her out of a fairly dark early obsession. "My friend at school told me to stop listening to Basshunter and start listening to Nirvana, so she introduced me to the rock world," she laughs. Later, after moving to London, her musical horizons were exploded more and more. "I really got into R&B all of a sudden, and I just love how Lauryn Hill, Bryson Tiller and Kehlani communicate things about their life. It's like I know who they are when I'm listening to their songs. So I wanted to represent that in my music too."

After uploading videos onto Youtube, a chance meeting with Ed Sheeran in 2011 after a gig lead to an impromptu performance and an offer to support him at Shepherd's Bush Empire and several dates across Europe. Still unsigned, a cover of an Example song then lead to a support slot on his arena tour, which was then followed by an appearance on the Radio One playlist. Having signed to Island, the Nesbitt tornado was now in motion, taking in more playlist appearances, more live shows, more Top 40 singles, more acclaim.

After a breakdown in her relationship with Island, Nina embraced songwriting for others (The Shires, Jessie Ware, Matoma, Olivia Holt, Jonas Blue) and learnt production for herself. This reignited her passion for music after leaving the major label -- kickstarted by the creation of the beautiful, fully biographical The Moments I'm Missing, the first single taken from the new album, a swirling combination of delicate piano lament and robust, intricately programmed beats that features LA singer Goody Grace.

Elsewhere there is the gloriously biting single The Best You Had which has been embraced by new fans including Hollywood royalty in the shape of Chloë Grace Moretz and Taylor Swift, a low-key, R&B-tinged tale of love gone sour written and produced with newcomer Jordan Riley (upcoming producer LostBoy). Then there's Somebody Special, perhaps the best example of the bridge between the old and new. Written in Nashville with Dan Muckala and Brianna Kennedy, it's a love song but "not too mushy," all slowly percolating verses and a chorus you want to live inside. And it doesn't stop there, Nina's celebrating the success of her recent singles 'Love Letter,' 'Colder,' and 'Loyal To Me' (produced by the incredible Fraser T Smith (Stormzy/ Adele/Drake) which received strong playlist support across Radio 1 and 2. Nina's combined streams have now surpassed 350 million.

It's been non-stop for Nina since signing her new deal with Cooking Vinyl, a tour of the US with Jake Bugg, sold-out UK, US and Austrailian headline tours, winning the Evolution Award at the SSE Scottish Music Awards, covers of tmrw magazine and Rollacoaster, BBC Breakfast, The Late Show with Stephen Colbert, Jonathan Ross with John Newman and to top it off, she was asked to collaborate with emerging female artists, Sasha Sloan and Charlotte Lawrence on a new track 'Psychopath' for the launch of Spotify 'Louder Together' -- Nina's reach globally has also been illustrated by the reports of both Spotify and Apple promoting Nina's single in New York's Times Square on huge billboards. Nina's album has now surpassed over half a billion streams worldwide.

In a music industry that often doesn't give you second chances, or time to settle into the artist you want to be, Nina Nesbitt's found a way to not only make it work, but make it work for her. Rather than rush into making an album for the sake of it, she waited for the inspiration to strike and let it slowly take shape organically. "With an album I feel like it's parallel to my life in a way -- I was just trying to find out what I liked and what I was good at," she says succinctly. What she's good at is being an artist, but one that's fully in control, i.e. the very best kind.