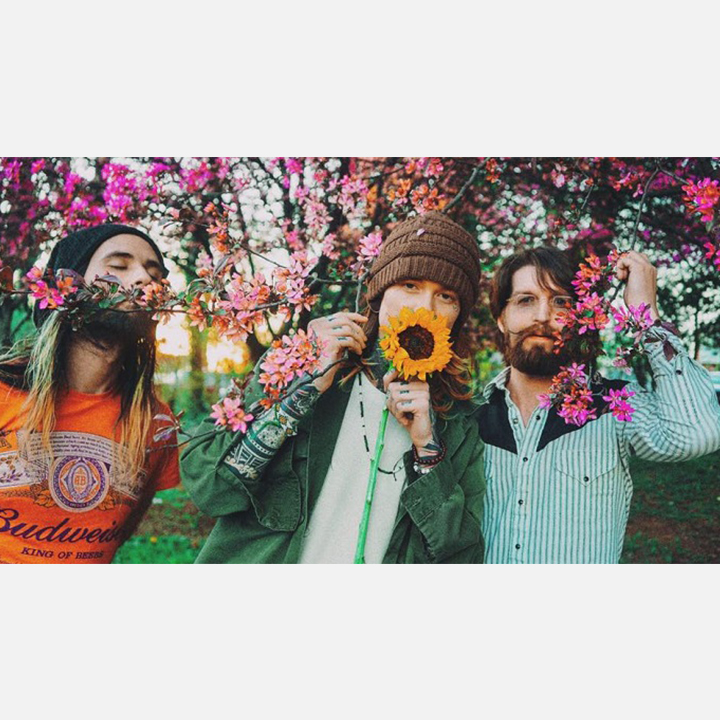 Youth, as they say, is wasted on the young. Christofer Drew kindly refutes that conceit.

At the ripe age of 24, Drew and his band Never Shout Never are on the cusp of releasing their seventh full-length album and a pair of EP's. A songwriter to be reckoned with since he was 16, Drew's trajectory as a lyricist and tunesmith only rises, evolving steadily with each new release, as does his empire of fans. Tackling heavy subjects like truth, love, loss, and acceptance, he has developed a genuine talent for exploring the human condition from a place of positivity. And with the 10 crack cuts collected here on Black Cat, it's not a stretch to label Drew a master of his craft, despite the fact that he still can't legally rent a car.

The concept of the black cat is akin to that of the black sheep, a role Drew embodied as a creative youth with wild hair and tattoos coming of age both in tiny Joplin, Missouri, and then around the world with Never Shout Never. But here, the black cat learns to accept its differences and embrace its unique place in the universe, and thrives.

"Growing up I was always different from everybody else, I had a hard time fitting into one group of people and was always scattered around, always moving," says Drew. "And growing up with this band, I've always felt like a total outsider, not knowing where exactly I fit into the scheme of the music scene. The positive spin I've learned on it all is being cool with that, and accepting it, and loving being different. That's what I want people to take away from this album, because that's where I'm at personally; accepting and loving myself and growing through that love."

Drew began writing these songs in 2013, and brought an arsenal of tunes with him to the studio in 2014. Working over several months with producer Dennis Herring (Elvis Costello, Modest Mouse, The Hives, etc.) and the band in Los Angeles, two things happened that were Never Shout firsts: Drew welcomed both the band and Herring to write with him, and he embraced a preproduction process which helped them to shape and mold the songs before recording. Both practices proved inspirational and vital to the full, epic sound of Black Cat.

"This is our first fully realized album," says Drew. "It felt like we had the training wheels on for a long time. I was a lot more open to ideas from other people than I ever have been, which I feel is me hitting a certain maturity level. I had this epiphany that great things come from a lot of great minds coming together, and I was more open this time. I think it's cool how it turned out; it's maybe more pop than we expected but I dig it."

Drew also credits the diverse landscape and neighborhoods of Los Angeles in addition to its wealth of sunshine and healthy living as props to his positive mindset while recording. "It was nice to jump around LA and get different vibes from each place and have that influence the writing," he says. "I can eat so well out there, too; I'm vegetarian and sometimes vegan, so I can thrive with my diet and eat like a fucking champ out there. That plays a huge role in my well-being. The album turned out really happy, it's got a really bright sound to it that makes me excited. It's the sunshine, constant Vitamin D."

That attitude is apparent from the instant the standout opening track "Hey! We Ok" begins. A confident, upbeat and jangly number with a catchy "we walk our own way" refrain, it sets the tone for the rest of Black Cat to follow. "Red Balloon" is lyrically poignant, telling its tale of awakening and big picture realizations through the story of helium unleashed by a storm. "Happy New Year," in Drew's words, is a sarcastic, introspective number but one that also carries with it a message of hope. "It's about just getting away and being alone and seeing what comes with it," says Drew. "It's not as much of a "fuck you" but more of a "fuck it" attitude. I connect to that feeling. That song represents a big portion of me figuring my shit out."

Tunes like "WooHoo" and "Boom!" show more of Drew's playful side, and other songs like "Fone Tag" and "Post Surrealism" continue the upbeat, ecstatic, full production vibes. In contrast to the wall of sound, tucked warmly into the middle of the record, is "Peace Song," featuring just Drew's voice and whistling over ukulele. "It's the oldest song on the record, I wrote it out when I was 17," says Drew. "It was so long ago. It's been floating around and people have wanted me to record it for a long time, I just never thought of a genuine way to record it. I had worked it on the uke and Dennis thought I was onto something great, so we did it live, set up a couple mics and I just played it right there in the studio. It was nice to have that balance on the album, a live acoustic recording compared to all the layered production."

Finding a balance has certainly been a key part to the journey of Christofer Drew, and it's Black Cat's final song, "All Is Love," that fully manifests that path. A stadium-ready sing-along, it's a huge, bold, and earnest statement of compassion, but at its heart the message is simple and true. "I wanted to make a theme song for love, with a George Harrison sort of vibe," says Drew. "I think that love is the underlying energy of all that is good. Right now I'm on this whole 'finding yourself and accepting yourself' thing. I'm at a point now where I'm getting close with everybody after being pretty distant for a while. I have a lot of love in my life."

The black cat has learned to accept his differences and embrace his unique place in the universe. And he's thriving.