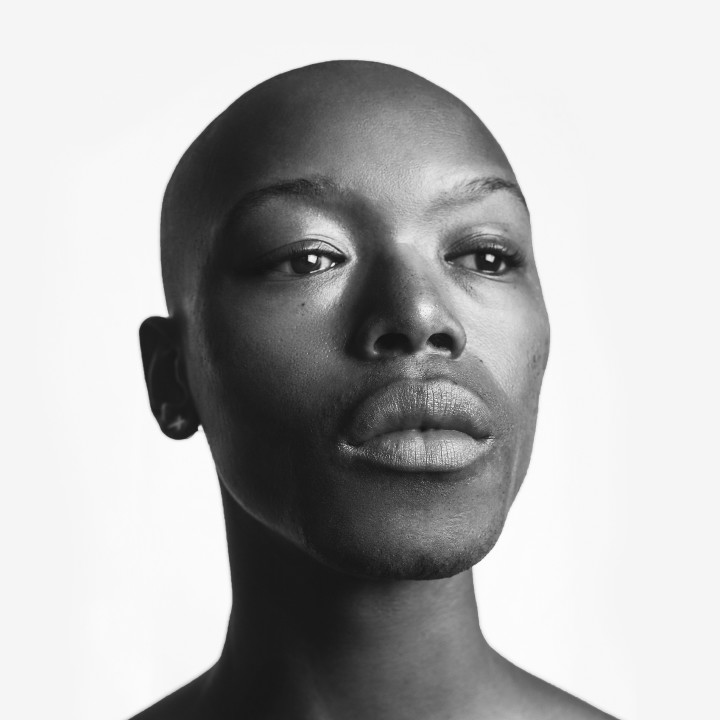 One of the glorious things about pop music is the way that singular talents can come from anywhere – and 2018 will be made infinitely more interesting by the arrival of Nakhane. Born 30 years ago in Alice, a small town on the eastern Cape of South Africa, Nakhane has a ravishingly beautiful voice and plenty to express with it. His album You Will Not Die excavates his religious upbringing, his need to renounce Christianity after feeling that it was incompatible with his queerness, and his periods of depression and anxiety – but there’s also love, joy and self-acceptance, not least on the title track, in which Nakhane realises that despite the traumatic events he’s been through, he’ll survive.

As an album, You Will Not Die is gorgeous to listen to, Nakhane’s magisterial voice aligned with solid-gold songwriting. Producer Ben Christopher, whose credits include Bat For Lashes, melds choirs, strings and electronic pop into something sumptuous and urgent. From the choral hip-hop of opening track Violent Measures, through the anthemic pulse of Star Red, to the gorgeously limpid torch song All Along, You Will Not Die reveals the measure of Nakhane’s considerable talents.

Born in Alice, Nakhane grew up in Port Elizabeth before moving to Johannesburg aged 15. A umXhosa, the second largest ethnic group in South Africa after the amaZulu, Nakhane was raised in a musical family – his aunt, who brought him up (and who he refers to as his mum), and her sisters sang in choirs. “My first musical memories are voices in a room singing Mozart and South African choral pieces,” he says. “And then when we moved to Port Elizabeth my mum introduced me to Marvin Gaye and the O’Jays. I didn’t really know current pop music until I was in high school.”

Nakhane performed in musicals at school, including the lead role in Joseph and his Amazing Technicoloured Dreamcoat, and loved singing harmony with this aunt on car journeys. Everyone in the family could sing, he says, “but for some reason I could see that singing was something I got validation from a lot more than anyone else around me.” Nakhame didn’t realise as a youngster that he had an extraordinary voice, at once triumphant and tender. “With songwriting there was a lightbulb moment where I thought ‘Yeah, I can do this!’ But with singing it was like learning how to speak, you don’t realise you’re learning and then you suddenly can.”

More difficult was Nakhane’s growing awareness of his sexuality. Though South Africa is liberal regarding LGBT rights, his family’s Christianity was becoming increasingly hardline: “the older I got, we became very staunch, more conservative”. At the age of 19 he came out, to the consternation of his church and family, who decided that his “sin” could be prayed away – “like if you have Jesus in your heart this is a temptation that you can learn to live without”. For six years until the age of 25, Nakhane was a poster boy for fundamentalism, preaching about the way God had taken away his attraction to men, “a testament that ‘look, it can happen, someone can think that they are homosexual but if they just accept Jesus into their heart and fight this temptation they can be good Christians’.”

Inevitably however, Nakhane realised that his sexuality could not – and should not – be denied. He renounced his Christian faith after a dream which inspired You Will Not Die. “One night, I dreamt a voice gave me a date, that of my death,” he remembers. “Suddenly, having forever lived in fear of divine punishment, I was certain I wasn’t to die the next day, or even 10 years later. It was incredibly freeing. I decided to catch up on lost time, to finally live my life.”

Along with his sexuality, Nakhane embraced his artistic identity. Inspired by mould-shattering musicians including Anohni, Busi Mhlongo, David Bowie, Mbongwana Star and Nina Simone, Nakhane started to write songs on his acoustic guitar and play them on the folk circuit in Johannesburg: “grungy little pubs where everyone would talk over you”. He was spotted performing in an acoustic competition in Johannesburg by the boss of a record label who signed him, then in 2013 released his first album Brave Confusion which, he says, “took a while to catch on.” In 2015 Nakhane published his first novel, Piggy Boy’s Blues, about a relationship between a young man and an uncle whom he discovers is in a same-sex relationship. The same year Nakhane collaborated with the South African DJ Black Coffee; their addictive, pulsing dance record We Dance Again was a hit and gave the singer a wide audience in the country.

His achievements are not confined to music and literature. Last year Nakhane starred in The Wound, a film about homosexuality in the Xhosa community which has been shortlisted for the best foreign language film at this year’s Oscars. This January he visited New York for a podcast-based project with the actor and filmmaker John Cameron Mitchell. He’s a polymath, then: but a musician first and foremost, with You Will Not Die showcasing him in full bloom.

Nakhane wanted it to be an electronic album, partly a reaction to his early experiences as a musician. “The folk scene is so fucked up,” he says. “It purports to be authentic which is a word I fucking hate, because it normally means white guy with a beard and an acoustic guitar. I don’t tick those boxes.” In fact, You Will Not Die ranges from the effervescent glam-tinged stomper Interloper, through the abstract blues of The Dead, to the meditative piano ballad Teen Prayer. There are some sounds which run through the record – for instance choirs, a reference to Nakhane’s upbringing – and of course that glorious voice, delving deep into his experiences. The ominous waltz Fog is about suffering what Nakhane’s doctor says is chronic depression and generalised anxiety disorder. “Four years ago it was difficult to talk about mental illness without people rolling their eyes at you,” says Nakhane. “It affects every facet of my life, unfortunately. But I’m on good medication now.”

The shimmering dance tune Clairvoyant is a love song, inspired by a line in Jean Cocteau’s Les Enfants Terribles. “There’s a line there that goes ‘love had made them clairvoyant’ and I remember thinking ‘Jesus, love doesn’t make me clairvoyant - if anything I become more of an idiot when I’m in love’.” The lyrics, Nakhane says, are neither euphoric nor despairing, but about that tricky middle ground: “how you can love somebody but you can also resent them.” Its video is a sumptuous portrait of a same-sex couple, stylistically inspired by Wong Kar-Wei’s Happy Together, in which Nakhane appeared naked. “Oh yeah I am, aren’t I?,” he chuckles. “I went to the director and said to him that I wanted to show a same-sex black couple living their normal day to day life. I wanted to showcase banality but make it beautiful and stylise it.” As for the nudity, “I had a very naked family, nudity was never anything that was frowned upon. As an artist, my body is just another tool for me to use to say what I want to say.”

The title track You Will Not Die delves into a subject Nakhane had previously thought was too tender to write about – the fact that his biological parents had not brought him up. “For the first five years of my life I was moved around a lot,” he says. “My father was never on the scene really, I’ve met him twice. I lived with my mother for a year when I was six, it didn’t work out, and then my aunt and her husband adopted me and they, for all intents and purposes, became my parents for the remainder of my life. It was never forethought, but life made it that way and as traumatic as it became when I was growing up, now when I look back I’m so much happier – I prefer that I was raised by my aunt.”

The song is about this hard-won acceptance of painful aspects of the past, and a hymn to Nakhane’s resilience. “That line ‘And when I woke up in the morning I knew that I wouldn’t die’. So your parents left, did you die? No. There’s always tomorrow – hopefully.”

Nakhane’s tomorrow is a hugely promising one – and he travels to the UK with his family’s blessing, despite the complexities of religion and sexuality. “It took a long time and a lot of complicated conversations, but over time I think the ice thaws,” the singer says. His experiences have turned him into a vibrantly creative artist destined to push pop’s boundaries. “I remember being young, black and queer and having no-one representing me in the world ever, you know?,” he says. “I discovered James Baldwin when I was 19 and I was never the same person ever again. So if my album can do something like that for someone, then my work is done.”