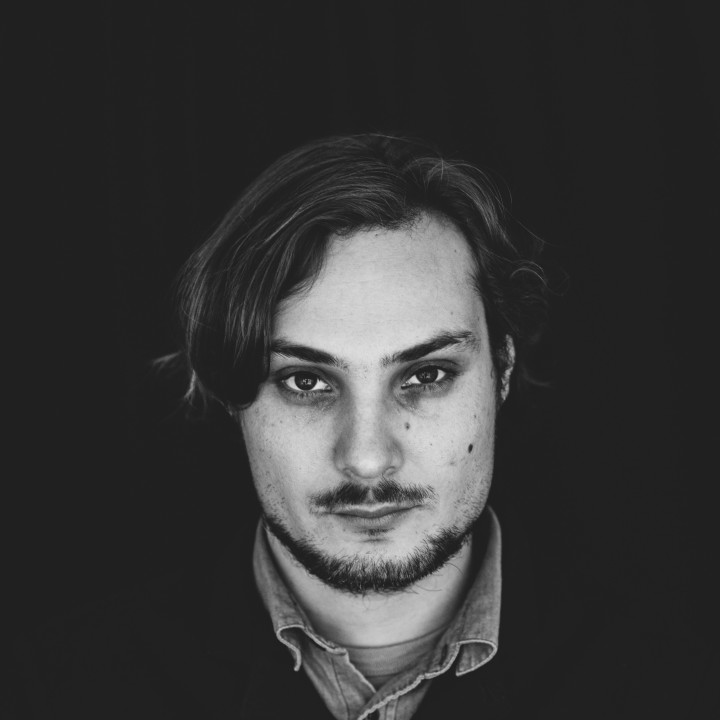 Motor City Drum Ensemble is a unique kind of ensemble in that it consists of just one man : Simultaneously retro and futuristic German House pioneer Danilo Plessow . He was born in 1985 in a small town in rural southern germany and soon moved to Stuttgart , the worldʼs cradle of the automobile and Germanyʼs ʻMotor Cityʼ (w.

Mercedes, Porsche, Bosch headquarters). Hence, his best known artist moniker ʻMCDEʼ obviously is a reference as well to his home-town as to his first love in music, the Soul, Jazz and Techno sounds of Detroit. The ʻDrum Ensembleʼ is a link to his collection of classic drum machines, technical backbone of his accomplished and renowned electronic music.

Danilo Plessow was always incredibly young at taking up things: He started playing drums at the tender age of six and discovered his love for jazz in the school big band. From eleven , he started working on his own original productions using a computer and samples. Being influenced by Jazz, Soul, Funk, Hip Hop and House, the first complete results were already released five years later (2000) on Stuttgartʼs ʻPulver Recordsʼ under his House and Broken Beat project ʻInverse Cinematicsʼ : Seven 12 inch records (ʻSlow Swingʼ and ʻDetroit Jazzinʼ among others), an album (ʻPassinʼ Throughʼ) and many remixes and compilation appearances followed, and the project gathered fans like Gilles Peterson and Rainer Trueby, with whom Danilo would collaborate later on.

After several other co-operations and solo projects in the Nujazz vein, Danilo went back to his House music roots founding ʻMotor City Drum Ensembleʼ (MCDE). In 2008 he exploded into the House scene with five releases: The now legendary ʻRaw

Cutsʼ series on his own MCDE-label ploughed a new furrow through the often derivative Deep House genre with their own warm crackly thump that defines the enjoyable , winning sound of the ʻRaw Cutsʼ aesthetic. Till today, all three singles of the cult series feature within the top 6 of Juno Records all time top selling single charts and undoubtedly they are still belonging to the most played tracks on the dance-floors.

With his challenging remix work Danilo never ceased to amaze: Great tracks for luminaries like Caribou, DJ Sprinkles, Jazzanova, Tiga, Zero7 or recently Midlandʼs ʻWhat we knowʼ prove that few artists tie together a traditionalist sensibility with an amazing innovation as well as MCDE does. So it's quite obvious why - despite his youth- he ranks among the Top 10 all-time charted artists on RA. With his buoyant remix of NUfrequencyʼs ʻFallen Heroʼ heʼs even on top of the all-time charted tracks on Resident Advisorʼs DJ charts.

As Danilo consequently stays true to his underground roots with a variety of projects, he meanwhile has published on no less than 25 labels – on the most renowned as well as on small, homegrown imprints. For his brand-new EP ʻSend A Prayerʼ he logically chose his distinguished MCDE Recordings imprint, home of the ʻRaw Cutsʼ, which he co-runs with his close French friend Pablo Valentino, who also releases tracks on the label as ʻCreative Swing Allianceʼ.

Over the last couple of years MCDE has made plenty of waves and lots of friends around the world with his incredibly mature and inventive music. Heʼs managed to create his own signature , deep and haunting sound injecting his tracks with an amount of roughness, energy and gritty soul which has become uncommon in times of digital production. With his deep knowledge of electronic music, his open mind and a great ear for melodies, Danilo Plessow now shows off his broad-reaching tastes and mixing chops, which made him a mainstay of the contemporary Deep House scene.

Always proving his emotional and melodic side without forgetting how to make people dance, heʼs equally accomplished as a DJ . His technical ability and vast and diverse musical taste has taken him all over the globe to showcase his turntable skills playing the premier venues and festivals on all continents.

Today MCDE is renowned for his eclectic taste in music and his technical wizardry in producing, both of which have made him a globally profiled DJ and producer, who has been re-defining House music over the last years.