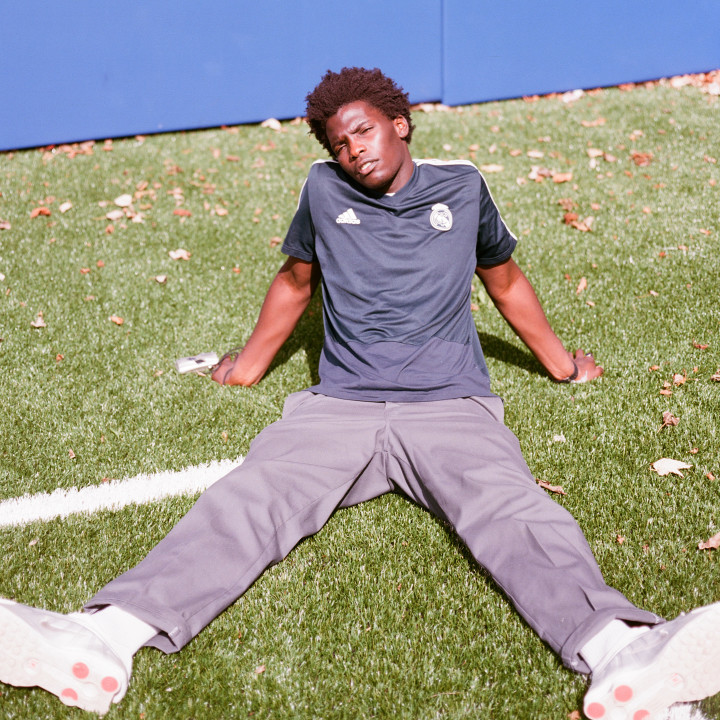 Monjola is an Alternative R&B artist from Dublin and is one of the most exciting acts emerging from Ireland. He has already established his name in the burgeoning Irish scene as a result of his extensive involvement in the business side of the industry. He runs exhibitions with his art collective, "Cleavage Club.

Despite only releasing his debut single, "Know You," in late July of 2020, Monjola has had a lifelong passion for music. It was only a matter of time before he took the leap as he patiently perfected his craft by testing the waters on SoundCloud, hence the confidence in his delivery. This self-assurance combined with his seamles flow between rapping and singing propelled the song to instant success. It secured features in 7 editorial playlists, such as 'New Music Friday,' and amassed over 100,000 streams on Spotify in the first few months. In addition, it gained radio play across the UK and Ireland, with RTÉ 2 FM selecting it as their 'track of the week' and BBC 1 Xtra giving it their stamp of approval. Monjola was also recently selected for 2FM rising artists of 2021 and has been championed by them.

Monjola's music cuts to the core, saying 'miss me with the bullshit' and skipping right to what matters. Themes of self-exploration and lusting for more deep-seated connections show that he is an act that doesn't subscribe to the industry's often bravado-filled newsletter. As an increasing number of young artists rush to an oversaturated market, Monjola is standing out with a perfect balance of style and substance.

He also started his own independent label called "Chamomile Records" alongside his brother, Moyo, whom is a producer, and rising star, Aby Coulibaly. This allows him to take creative control as he writes all of his own songs and works exclusively with Moyo, utilising the pair's innate chemistry. In addition, he is a multi-instrumentalist, playing the drums, the guitar, and the bodhrán. This allows him to fully express himself, providing an authentic listening experience and a unique sound.

His sophomore single, 'Feels Right,' is an upbeat anthem to brighten up the winter months. It features beautiful chord progressions and aspirational lyricism, mirroring the breezy vibes of Kojey Radical, who added the track to his personal collection. Monjola aims to supply a hit of dopamine to his listeners, something we have all been lacking over the past year. His melodic tunes offer a refreshing take on life and add a burst of energy to any setting. It was even selected for the "Colors' Weekly Releases," "Ministry of Sound" and "Vogue Paris" playlists.

Monjola's undeniable ability and relentless work ethic make him an act that is destined for stardom. With a catalogue of tunes at the ready, the future looks bright. Stay tuned as he aspires to take 2021 by storm and fulfil his potential.