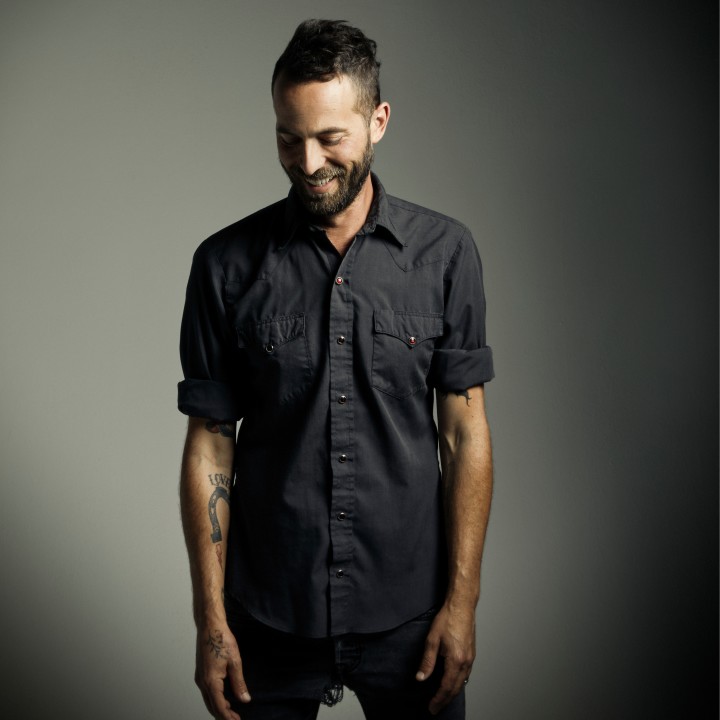 You hear and read countless stories about blood, sweat, and tears all shed in the name of art and – paid like a toll to unseen forces -- for its creation.

However, you never validate how much of each fluid really flowed...or do you?

In this case, blood actually spilled (beyond a lot of tears and sweat) in order for Mondo Cozmo to craft his second full-length and first release for Last Gang Records, New Medicine. Now, he does not regret putting his fist through that window for a second, but the four-hour surgery did suck. Yet, breaking the glass smashed a figurative ceiling. In the aftermath, he learned how to “Say no,” departed amicably from the major label system, “taped a fucking pick to his cast” in order to play guitar, lost feeling in the aforementioned hand for two years, attracted the wisdom of Butch Vig (“the dude of dudes!”), and wrote the rock ‘n’ roll record he always meant to write. The most rock ‘n’ roll thing about it isn’t the right hook, the guitars, or even the attitude. It’s the moment of self-actualization by the Philadelphia born and Los Angeles-based critically acclaimed alternative troubadour and gutter punk poet.

The man himself, Josh Ostrander, tells the story best.

“We were shooting a live video on a sound stage in Culver City, and I fucking lost it, because the whole thing didn’t feel like me,” he recalls. “I never lose my cool. I try to be the leader I want to see. A switch flipped, though. I thought I was looking at a dumb foam wall in the studio, but it was the glass door. I punched it so hard that when I pulled my hand back out you could see the eruption of blood everywhere. Turns out, I clipped all of these arteries. My drummer pulled a handkerchief from my pocket, tied a tourniquet around my arm, and my tour manager took me to the hospital. It turned out to be therapeutic. So many beautiful things happened. Since I made such an ass of myself, I knew the next record had to be the best thing I’ve ever fucking done,” he laughs.

As performing proved a challenge to say the least, he took a primitive approach to writing in addition to enlisting the help of some friends. With the pick taped to his cast, he simplified the chord structures and allowed the anger to ring out (you can hear his cast hitting the strings) as he wrote in his home studio. He invited longtime friends and tourmates Black Rebel Motorcycle Club to lend their talents to the project as Peter Hayes cut guitar and Leah Shapiro performed drums on multiple tracks. Not to mention, legendary producer Butch Vig professed his fandom for Mondo Cozmo on a podcast, so Josh found a way to get in touch. Butch then became a sounding board and “father figure” throughout the whole trip.

In the midst of the recovery, Josh’s doctor prescribed an antibiotic, doubling as an omen. “When I was on the antibiotic, I was coming up with all of these fucking songs,” he says. “I told him! He looked at me and said, ‘Do you actually think it’s the antibiotic? Or, do you think because you said what you needed to, you’re writing these?’ I thought, ‘Maybe, he’s right’. So, I called the album New Medicine as it stemmed from the whole experience.”

He introduces the record with the revved-up snarling rock of “Black Cadillac.” A slithering clean riff snakes around tambourine. On the bridge, everything subsides into a steeple-size chant upheld by handclaps before the affirmation, “I’m alright.”

“We had these seven-hour van drives during the Kavanaugh hearings, so we’d watch them,” he goes on. “I call him out on the third verse, because I feel artists should be speaking up right now. Don’t play in the middle of the road. Use your words. At the same time, the song is also very much about being on the road and getting sick of Instagram.”

A rush of guitars builds towards the sweeping and soaring “Come On.” For the only co-writer of the project, he joined forces with Dan Wilson and summoned the spirit of “Cracker’s ‘Low’” with teeth bared and glorious feedback swells. Elsewhere, “Generator” climaxes on a glorious chorus of “Come Release Me” bound to be a high point of any and all upcoming gigs. “It’s just fucking beautiful,” he grins.

“Upside Down” tempers a tweaked-out sample and plain-spoken lyrical musings with “a social narrative about watching the news every night” on the edge of an off-kilter guitar solo. He adds, “I like the idea of the song being out in 2020 in the election year of everything upside down.”

Mondo Cozmo’s music has all the makings of the soundtrack to the current era and beyond. His 2017 full-length debut, Plastic Soul, boasted the #1 single “Shine.” In addition to performing everywhere from Lollapalooza to Bonnaroo and garnering acclaim from Entertainment Weekly, Consequence of Sound, and more, he made his television debut on Jimmy Kimmel LIVE!, toured alongside Bastille and Spoon, and opened for Muse. Dan Reynolds of Imagine Dragons joined him for a live duet on The Verve’s “Bittersweet Symphony,” while Anna Faris starred in the video for “Hold on To Me” and Paz de La Huerta starred in the video “Higher.” GRAMMYs On the Hill invited him to speak in support of the Music Modernization Act during 2018. Even though Josh admits, “I’m not sure I graduated high school,” he got to ride the underground trolley to the senate that JFK used. He joined various members of congress at a celebratory dinner where he stared down the urge to steal a spoon -- his wife assured him it was not a good idea….

“I feel like I’m the dude you want to introduce to your family, but he might be on acid and will still hug you,” he leaves off. “I’m very much a blue-collar guy who’s trying to do right. I went through something pretty profound. It happened so I could find myself. It’s a release. There are certain lines I hope will resonate with people. I’ve gone through enough shit. I’ve played every fucking club. I’ve slept on everybody’s sofa. I’ve opened up for every band. I want to take over the world. I want to be true and honest. I want to live with conviction. I just feel like I have a shot right now.” — Rick Florino, July 2019