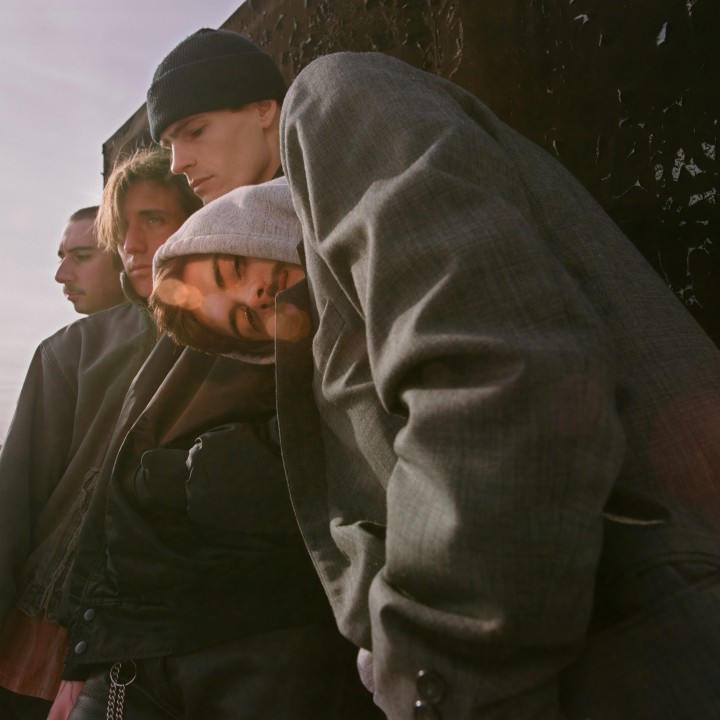 Model/Actriz bring a new kind of depth to harshness, and open-endedness to the familiar. They perform an intensity in their work that resembles a rubber ball approaching vibrational frequency bouncing between the closest points of extremes: joy and violence, humor and nihilism, flirtation and effacement. Model/Actriz is a special conjuring of grey areas without a whiff of indecision.

Seeing them perform live is when these push/pulls start to make sense. Model/Actriz are undeniably intentional, which muddies any association with “punk,” a close sonic reference. They also shy away from claiming a perch in any popular-music discourse -- and therefore aren’t post-this or hyphenated-that. Instead, they leave such categorizing up to their fans, with a respect for the listener/viewer that is increasingly rare in our era of pre-packaged-mood-via-music.

This invitation to participate is something that Cole Haden, the vocalist, charismatically employs during performance: he sings as he winds among the audience, he falls/climbs/pushes-around. He has unhinged staring contests with a member here or there, and in this comes to present an open sexuality that shatters the traditional pursuer/pursued rock-stage dynamic. Set against the tight and rigorous rhythm of his band, it is like nothing else in our moment. Cole’s performance is a presentation of a wandering & adventurous social atmosphere. It is in this collapsing of the audience/entertainer dichotomy that a kinship with dance music starts to make itself clear.

Model/Actriz take from dance music not only the structural and compositional undertones, but also its experiential approach to music-making and performance. In that, they challenge the idol-centric vision of rock and pop music. There is an exciting freedom here, and intrinsic to it is a heightened responsibility of the viewer/listener. When taken for their word, Model/Actriz reminds a viewer why performance and audience matter. They represent the oft-forgotten intensity of a community composing a moment, in the moment. Hearing and seeing Model/Actriz is akin to the eruptive joy that follows seeing an imaginary come to fruition; it is desire, materialized. From this stems their music’s potent sexuality, confidence, and rupture; it is music as transgressive as we hope it to be.

After two years of self-imposed hiatus, Model/Actriz are returning with a four-piece lineup: Cole Haden (vocalist of Dagsboro, DE); Jack Wetmore (guitarist of Los Angeles, CA); Ruben Radlauer (drummer, of Los Angeles, CA); and Aaron Shapiro (bassist, of Burlington, VT). They write everything together and practice a rigorously democratic approach to being a band from their current home base in Brooklyn, NY. Model/Actriz make dance music and seeing really is believing.