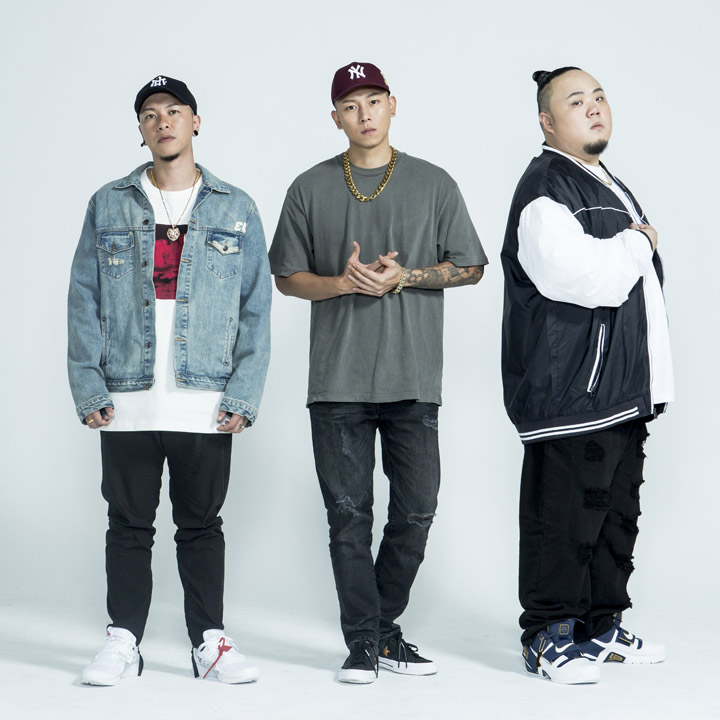 For the love of RAP, which brought them together.
Three Young Rising Rappers formed MJ 116 in 2004.
MJ stands for MuJa, the hood they are from and 116 the zip code.

For the past decade, MJ 116 has become a phenomenon in Taiwan. Their lyrics are straightforward, which is easy to understand and brings out the very basic desires of Taiwan's young generation. Their music and revolutionary rap style has taken the Mandarin Music scene by storm.

" MJ116" was established in July 2004 by Eso and Kenzy, the two initial members. They started with South Style music with strong rhythm and rap flow, which at the time was a complete break through in the old school Mandarin Music scene. Their strong rhythm style, quickly brought them as a major favorite in the Taiwan club scene and subsequently a very successful club tour. MJ 116 became the party KINGS of Taiwan with over 100 colleges and high schools concerts since they started.

To this day, their music is most popular with students, blasting their songs throughout Taiwan's clubs and school campuses.

The group's central figure: E-So a.k.a Adventure King
E-So started rapping at age 12. His unique rap style and creative lyrics earned him the recognition to be the best young talent by his predecessors in Mandarin Music. His lyrics continue to improve and loved by his fans.

Kenzy a.k.a No.1 Hustler
Kenzy started performing as lead role at age13 for the Taiwan temple troupes. This experience build Kenzy into a major on stage idol with massive charisma, which draws crowds where ever they perform. Kenzy and E-so were school classmates, plus the two have a common love for Hip-Hop, thus the group bonded very early on.

Muta a.k.a Alain Delon
After the group formed and toured a year, E-so accidentally discovered that his childhood playmate Muta has a very rare rich and powerful voice, coupled with a cute and chubby appearance, Muta was the missing link to complete MJ116.