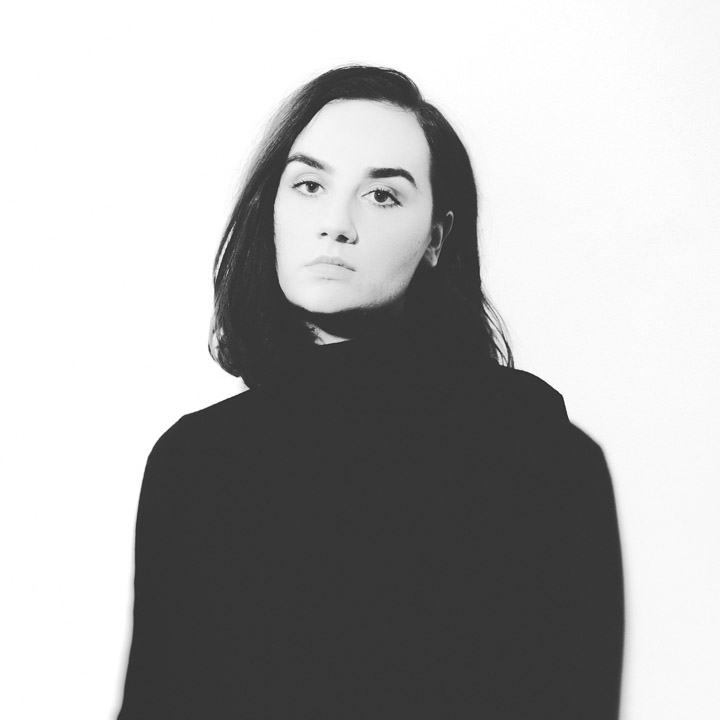 MEG MAC is back, burning bright on her keenly anticipated new album 'Low Blows'; a powerful set of dynamic, deep soul, exhortations that have an all-enveloping atmosphere and presence; 'Low Blows' is distinctly and uniquely MEG MAC.

In 2014 MEG MAC was named Triple J's Unearthed artist of the year. Triple J spearheaded her trajectory worldwide playing multiple tracks from her highly acclaimed debut EP, featuring 'Roll up your sleeves.' It was subsequently play listed on radio stations across America and featured in the US TV series 'Girls' and 'Grace and Frankie.' Buzzfeed heralded MEG MAC the number one SXSW act to watch out and she earned glowing Worldwide reviews -- "Roll up Your Sleeves" is a breathtakingly beautiful introduction to one of pop music's most exciting new talents." (Idolator USA). In 2015 MEG MAC was nominated for 2 ARIA Awards the following year named as one of Triple J's Top 5 'Unearthed' discoveries of the last decade.

MEG MAC grew up in an Irish family surrounded by the sounds of her mum singing old Irish songs and records by Ray Charles, Sam Cooke, Edith Piaf, Nina Simone and Otis Redding spinning on the turntable; permeating her soul. Meg says 'I was always inspired by soulful voices and big voices -- I grew up listening to and mostly influenced by singers."

"Singing was always normal and so was playing the piano. It was just what I did without thinking too much about it. When I put the two together, I started writing music. I'd sing and play piano for hours and eventually that turned into song writing and I got obsessed" explains Meg.

The bedrock of Meg's compositional approach is reflective and personal. "I started writing to make myself feel better. I have always written about myself; keeping everything very close to how I am feeling." She draws inspiration and attitude from songwriters like Bob Dylan, Bon Iver and Patti Smith. "Their songs stick with me and I can carry them around. They describe a feeling perfectly and I can understand it" say Meg.

On her album 'Low Blows' she extends her focus to include the environment around her "I was living by myself in an apartment in Brooklyn and started listening to the people around me, it was fascinating being part of a big apartment block. I started to write about it. I was hearing other people living their lives and that's what I wrote about" (Brooklyn Apartment).

Before recording her debut album MEG MAC spent long periods during 2015/16 in America writing and touring -- "I was gone a long time, I spent months in America touring and writing in between everything in New York and LA. It was tough, living in apartments by myself for the first time" explains Meg.

She performed at major US music festivals, toured with Clean Bandit and an inspirational North American 'Black Messiah' tour with D'Angelo as well as her own debut sold out shows in NYC and LA. "The most inspiring was being part of the D'Angelo tour" Meg explains "I learned what it was to tour America, following D'Angelo across the country, watching him play every night -- it was all real and that's the magic. I just had to soak it up every night. We played theatres starting in LA, across the South and then up to New York where I also played with Gary Clark Jr."

Gary Clark commented "I heard this voice. I was like "I gotta go check this out." I was blown away by how powerful her voice was and how cool she was. It blew my mind. She's amazing."

MEG MAC recorded her debut album 'Low Blows' at the Niles City Sound Studio in Fort Worth, Texas with additional production at Electric lady in New York where the album was also mixed.

The Niles City Sound team (Austin Jenkins, Josh Block and Chris Vivon) produced, co-wrote and played on Leon Bridges album "Coming Home." Meg had previously met Leon and Austin on the road and talked about the possibility of working together. So when she was working out of LA she decided to fly to Fort Worth to check out their studio. The connection was immediate; after spending the day with them working on a song Meg decided to book in to record her album.

"You get a good feeling in a place like this. Everything in the studio is vintage, original and from another era, the piano was over 100 year old, vintage microphones, synths, even the stands and speakers. I loved being in that environment -- entering a different world -- ... every day someone would be dropping by the studio -- Leon Bridges regularly would pop in just to say hi." Explains Meg.

Meg wanted to keep the recording focus simple with an emphasis on capturing a live great vocal performance, driven by a dynamic rhythm section and punctuated by her piano. "I played a lot of piano on the album -- Austin Jenkins, Josh Block, Robert Ellis and Sarab Singh added guitars, keys and bass and drums "Overall I wanted it to really feel like I was just singing in the room to you. So a lot of the vocal performances are live and unedited, it is hard to leave mistakes on a record but I think it was important to do that."

Meg moved to Electric Lady in Greenwich Village NYC to finish the record, where John O'Mahony did some additional production and mixed the record. Meg says "I had obviously heard a lot of stories about Electric Lady, so much has happened in that place and so much great music has been made there. One of the songs on the album is just me playing piano and singing and we recorded it downstairs in the big studio. It has these amazing murals of aliens and space, I just look at these painting while singing -- I was by myself in the room ready to sing -- John tells me the story of the ghost that lives there so I sang the whole song a little bit spooked" (Shiny Bright).

Two additional songs were recorded with members of Australian band The Panics with drummer Myles Wootton producing. "When I got home from America, I had one more song I wanted to put on the album and I had this whole new idea for a song I'd previously recorded in the Fort Worth. The very last thing I did on the album was the vocal on 'Brooklyn Apartment' in Myles' bedroom in Fitzroy.

The first single from the album is the title track "Low Blows." "I wrote it on piano in my bedroom in Melbourne. The song is about wanting to stand up for myself -- I don't say much especially when I need to -- it's about being uncomfortable and all the things that go along with that -- allowing people get the better of me"

MEG MAC starts a headlining tour of the US in early June, the tour will also include the Firefly Festival in The Woodlands of Dover alongside Chance the Rapper, The Weeknd, Flume and Bob Dylan.