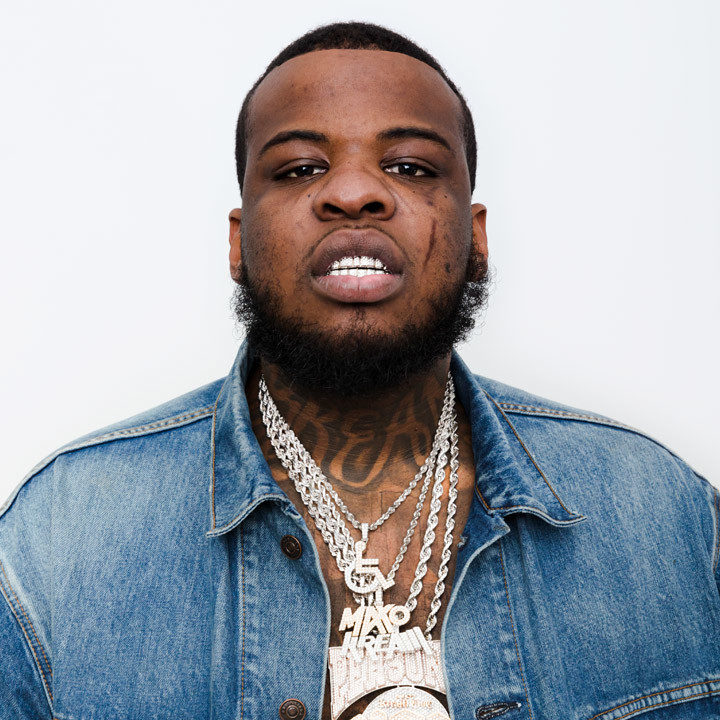 Upon meeting him, gangsta rapper isn't the impression that most would get from Houston emcee Maxo Kream, age 29. He has a surprisingly goofy and playful demeanor, often cracking self-aware jokes and displaying a smile which showcases either his gold grin or his trademark gap in the upper row of his teeth. But, make no mistake, Maxo's backstory is a tale consisting of crime and death that would catch the attention of the most jaded followers of gangsta/trap rap.

Since his debut in 2015, Maxo has evolved into one of the rap's most acclaimed and respected emcees, earning a reputation as a storyteller for his detailed accounts of his dark past. His 2018 album Punken earned "Best of 2018" plaudits from Pitchfork, Noisey, The AV Club, FACT Mag, and more. Now signed to RCA Records, in partnership with 88 Classic and Maxo's own Big Persona imprint, launched Brandon Banks, his major label debut, featuring singles such as the ChaseTheMoney-produced "Still," "She Live" with fellow Houston native Megan Thee Stallion, and the soulful "Meet Again," listed by Esquire, Billboard, and Vulture as one of 2019's best songs so far. With additional features from Travis Scott and ScHoolboy Q, Brandon Banks was released on July 19th and catapulted Maxo Kream's stardom to the next level with accolades like Pitchfork's "Best New Music" with an 8.4 album review as well as rave reviews and coverage from Rolling Stone, Vanity Fair, GQ and many more.