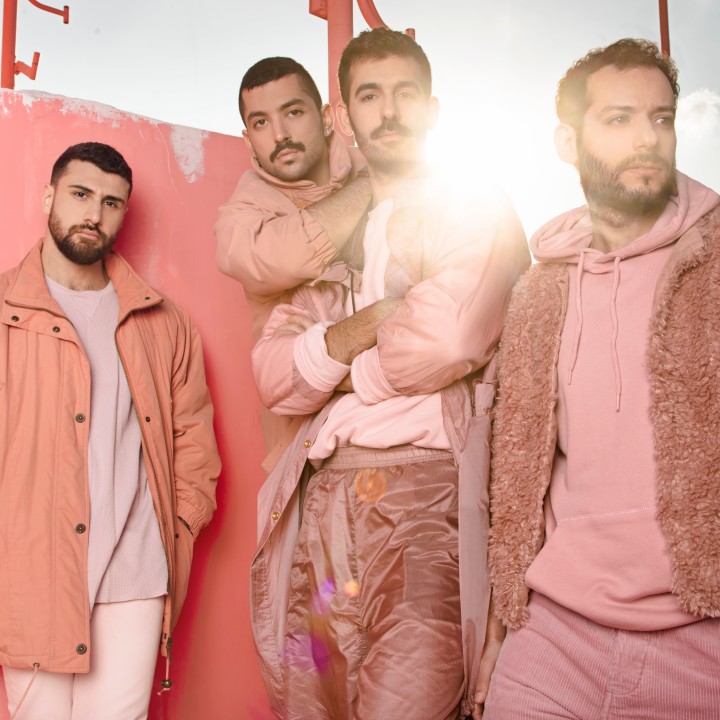 The loose collective of students who began jamming together in 2008 at the American University of Beirut has gradually focused into a an ambitious, fiercely articulate quartet: vocalist/lyricist Hamed Sinno, guitarist/multi-instrumentalist Firas Abou Fakher, violinist Haig Papazian, and drummer Carl Gerges. And the music they make has focused, too, into a charged, atmospheric version of pop that is geographically impossible to place, and delivered with critically acclaimed must-see live shows and statement music videos.

The lyrics draw on their collective experiences, which the band shares with the youth of the Middle East, and addresses the need for self-expression and a judgment free culture -- a notion often stifled in a conservative society.  Indeed their song ‘Lil Watan’ has become the soundtrack of the popular protests in Lebanon in 2019. With their relevant and charged lyrics, their music has resonated with an ever growing number of fans all over the globe, gaining international recognition for the band, plus an engaged and rapidly growing following on social media.

Described as ‘The voice of their generation’ (CNN), ’the most successful Arabic-language band internationally’ (The Guardian) and “the new face of Middle Eastern pop music” (Dazed), Mashrou’ Leila have recently marked their 10th anniversary with the release of ‘The Beirut School’ - a compilation of their classic tracks and new material (including the first song in English), and accompanying world tour (including headline shows at London Roundhouse, Paris l’Olympia, Berlin Astra, and a sellout sixth tour of North America).

Mashrou’ Leila are currently working on their fifth studio album for release in 2020.