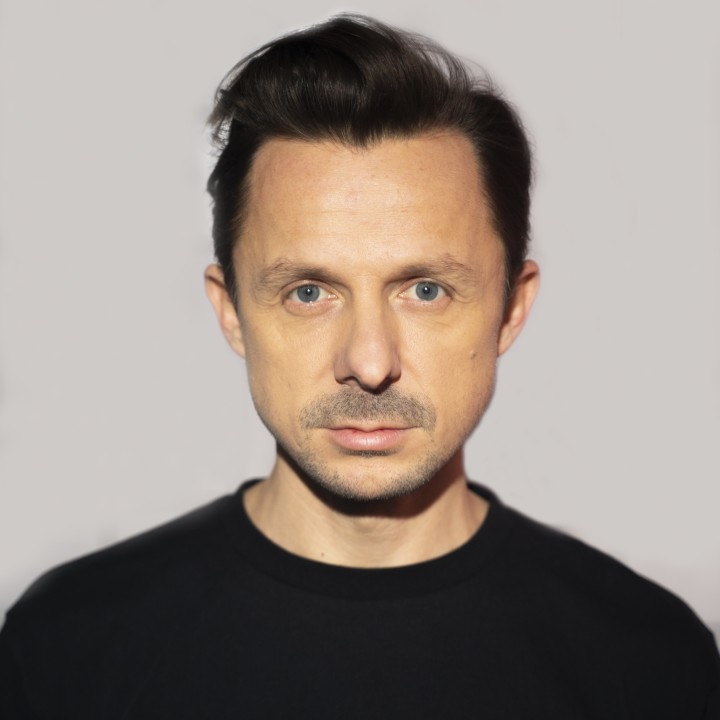 Global multi-platinum selling Parisian artist ​Martin Solveig ​has achieved phenomenal success in his 20 years as a DJ, producer and songwriter and still continues to push the boundaries of music with his pioneering ideas. Spending his youth singing in a church choir and studying classical music, Solveig developed a taste for electronic music when he received his first pair of turntables aged 13. He honed his craft in his teens and at the age of 18 became a resident DJ at revered Parisian clubs ​Le Palace, Les Bains-Douches, L'Enfer ​and ​Le Queen.

One of his first tracks, the saxophone-filled ​'Heart of Africa' ​caught the eye of numerous influential DJs including ​Joe Clausell, Frankie Knuckles ​and ​Bob Sinclar. Sinclar proceeded to recruit Solveig along with ​DJ Gregory ​to produce ​'Edony'​, resulting in Solveig​'s first chart topping single.

Solveig ​went on to release his debut album ​'Sur La Terre' ​in 2002. The record was met with critical acclaim and gave ​Martin ​the opportunity to collaborate with artists such as Cunnie Williams ​and ​Salif Keita, ​as he remixed the latter's lead single ​'Madan'​. The disco-influenced ​'Rocking Music' ​soon followed, which was heavily supported by tastemakers such as ​Mousse T, Pete Tong ​and ​Erick Morillo​.​ It became the first track of Solveig'​s to break the UK Top 40 Singles Chart and he subsequently took his '​Rocking Music'​ tour to ​New York, Sydney, Ibiza, London​ and​ ​Paris.

But it was the Frenchman's single ​'Hello,' ​featuring Canadian electro-pop outfit ​Dragonette​, that really launched ​Martin ​into superstardom in 2010. The infectious lead track from his album 'Smash' charted at #1 in 4 countries and caught the attention of ​Madonna, ​who then recruited ​Solveig ​to co-produce six tracks on her album, '​MDNA.' ​Solveig ​also accompanied the Queen of pop on her worldwide tour in 2012.

In 2015, ​Martin ​released his single ​'Intoxicated'​. In collaboration with Miami duo ​GTA, ​the foot stomping anthem showcased ​Solveig​'​ s innovative future house sound. ​'Intoxicated' peaked in the ​Top 5 ​of the UK official singles chart and remained there for ​24 consecutive weeks, ​receiving ​platinum ​and ​gold ​certifications across Europe. The Parisian went on to promptly release his follow-up single ​'+1' ​which featured the vocal prowess of British singer Sam White.

2016 saw the release of ​'Do It Right' ​featuring ​Tkay Maidza. ​Another upbeat anthem underneath his belt, the single was used as the soundtrack to ​Stuart Weitzman​'s Fall 2016 campaign, starring supermodel ​Gigi Hadid ​and directed by the multi-talented ​James Franco​. Elsewhere, ​Solveig ​displayed his signature bounce on his remix of ​Flume​'​ s hit single '​Never Be Like You.'

Solveig ​explored a fresh new sound for his Ibiza-inspired single ​'Places'​. Released at the end of 2016, he enlisted Norwegian singer/songwriter ​Ina Wroldsen ​to sing and co-write the single. The accompanying music video, which stars supermodel and close friend ​Arizona Muse​, serves as a flashback to ​Solveig​'s time on the Balearic Island during his spectacular 'My House' ​residency at ​Pacha Ibiza ​and C​ ​ ​afé Mambo ​, with the track amassing ​over 150 million streams​ on Spotify alone.

The event series saw ​Martin ​stage huge ​'My House' ​parties across the globe, with a special ADE ​showcase evening, and night at London's ​Ministry of Sound -- ​curating the hottest line-ups, including ​MK​, ​Kungs​, ​Armand Van Helden​, ​Jax Jones ​and many more -- striving to bring the best and brightest acts in dance music.

Martin ​soon followed up ​'Places' ​with 2017's summer smash ​'All Stars'​; A compelling display of ​Solveig​'s multi-faceted sound, intertwined with ​ALMA​'s remarkable vocal prowess. The feel-good anthem flaunts catchy xylophone hooks and a lead bassline, garnering ​over 100 million streams ​as it became the soundtrack to the 2017 season on the White Isle. Releasing his huge electro-pop hit ​'My Love' ​in summer 2018, the track marked the start of an exciting new chapter in Martin's musical career, and was later remixed by a range of artists, including ​Kolsch, ​and​ ​Dillon Francis.

Playing numerous illustrious festivals including ​Electric Daisy Carnival​, ​Creamfields​, ​SW4 ​and ​Lollapalooza, Martin Solveig ​continued to build his reputation as a truly multi-faceted artist in 2018, with the curation of the Frenchman's own ​'My House' stage at Tomorrowland, ​and several ​Pacha Ibiza ​appearances alongside ​Calvin Harris ​as part of the ​'Tuesdays on Mars' events. He also launched his brand-new ​LIVE show at ​L'Olympia Paris​, an innovative and forward-thinking project which saw ​Martin ​perform his own live vocals on the night.

Bursting full of new ideas for 2019, ​Martin ​is starting the year by announcing his new concept ​EUROPA​, a collaborative project with good friend and fellow producer, ​Jax Jones. ​With the duo scheduled to perform b2b sets worldwide, they'll also be partnering up in the studio with their first single '​All Day and Night'​​ featuring the talents of ​Madison Beer.

Martin​ teamed up with fellow house aficionado, ​David Guetta​ on the track, '​Thing For You​.' Both great friends and masters of taking electronic music to the stadiums, the pair's crossover appeal and authentic take on UK house helped to make this the club smash of the summer, showcasing an exciting chance for two world-class talents to share a unique moment.

Following this release, ​Martin​ once again surprised everyone when he came up the same year with '​Juliet & Romeo​,' a feelgood and piano-driven track with a pretty unexpected featuring: ​Roy Woods​, a Canadian artist and signed to Drake's OVO sound label.

In early 2020, ​EUROPA​ made its comeback with a second single called '​Tequila​,' a fire track and summer anthem destined for major streaming playlists featuring the awesome and renowned singer ​Raye​. '​Tequila​' was performed b2b in some of the biggest festivals, including ​EDC México​.

Most recently, ​Martin​ teamed up with the French DJ and producer ​Michael Calfan​ on '​No Lie​,' a sophisticated house driven production brimmed full of energy, incorporating a beautiful and smooth textured vocal over a driving and rolling bass, guaranteed to feature in both DJs future performances...

Armed with a flurry of fresh music, 2019 and 2020 are already shaping up as the most exciting years in Martin Solveig​'s career to date!